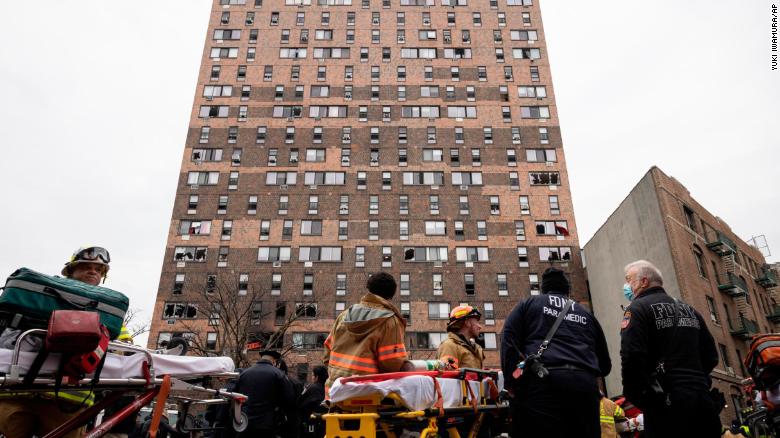 “We must work towards equipping every New Yorker and every building in this city with the tools to avoid an unspeakable tragedy like the one we saw two months ago,” said Adams.

The Bronx fire started when a space heater malfunctioned in a third-floor duplex, city officials have said. The self-closing front door of the unit failed to close, according to fire officials. The fire-fueled smoke spread upward to the 15th floor, where another door failed to close automatically.

All 17 victims — who included eight children — died of smoke inhalation, according to the city medical examiner. Nearly all of them were immigrants from The Gambia and other West African countries.

It was one of the deadliest fires in the city’s history. 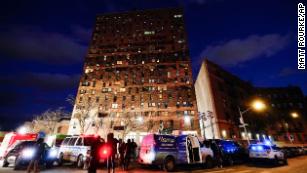 Adams said in the news release his administration will team up with the city council “to enact additional fire safety legislation, including sensible retrofit sprinkler legislation and legislation that increases fines for landlords who falsely report curing a self-closing door violation.”

It will also increase cooperation between the New York Fire Department (FDNY) and the Department of Housing Preservation Development (HPD) to enforce fire safety laws.

The agencies will coordinate to look for housing code violations and ensure compliance with the FDNY requirements, such as posting the fire safety notice on apartment entrance doors.

The HPD will provide the fire department with access to all fire safety violations issued since January 1, 2021, which will allow the FDNY to carry out frequent inspections on buildings with numerous violations.

The executive order will also focus on the two agencies launching a campaign to educate New Yorkers on fire safety and how they can reduce the risk of emergencies.

The campaign will include informing city residents on what to do in case of a fire and reminding building owners of their fire safety obligations. The campaign also seeks to educate people on all forms of fire safety such as working smoke detectors, self-closing doors and stove knob covers.

“Educating New Yorkers on fire safety is among the most important goals of the Fire Department — and one we take very seriously,” Laura Kavanagh, the acting FDNY commissioner, said in the statement. “These new partnerships will strengthen the work we already do and help us reach the neediest residents in all corners of the city on fire education and prevention.”

The FDNY and the city’s Department of Education will also reach out to schools to educate “teachers, staff, and students about appropriate fire safety measures and proper evacuation procedures,” the news release said.

Some abortion clinics are preparing for more out-of-state patients if Roe...

A US bankruptcy judge approved Purdue Pharma and Sacklers’ $6 billion...