Teachbytes
Home News Ron DeSantis has taken Trump’s playbook — and made it much more... 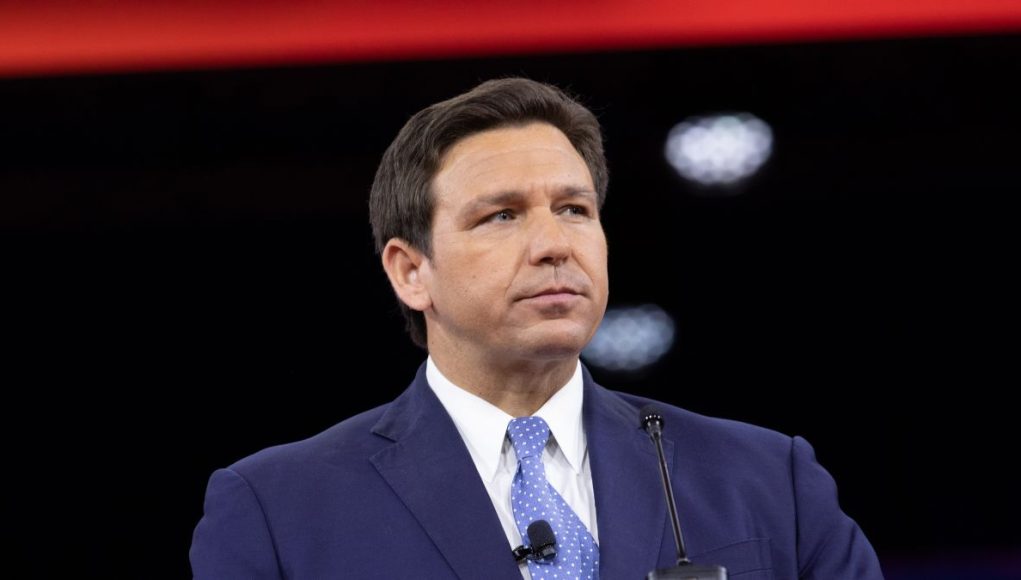 So it’s come to this in Florida: censoring math books. Last Saturday, the state’s education board banned 54 of 132 books submitted for inclusion in public schools’ math curricula.

In June, the board similarly banned the teaching of critical race theory, or CRT, from public schools, notwithstanding the absence of any evidence proving that it was being taught in Florida’s K-12 schools. CRT is currently one of the right-wing’s favorite racial boogeyman, and one of Republican Gov. Ron DeSantis’ favorite causes célèbre.

The board said it had decided to reject more than half of the math textbooks submitted because they included “prohibited topics or unsolicited strategies, including CRT.” This explanation begs for some follow-ups: Were the textbooks’ algebraic equations somehow encoded with secret woke messages, like CRT Trojan horses?

I won’t hold my breath for answers.

Nevertheless, the governor quickly applauded the education board’s decision: “It seems that some publishers attempted to slap a coat of paint on an old house built on the foundation on … indoctrinating concepts like race essentialism.”

This surge in book banning follows on the heels of the state Legislature passing the “Stop WOKE Act” last month. That law, which DeSantis has indicated he will sign, prohibits public schools, including colleges and private companies, from “CRT-inspired ‘training’ and indoctrination,” as DeSantis said last December.

It’s all part of DeSantis’ bid to politicize education, as Stephana Ferrell of the anti-censorship Freedom to Read Project, aptly summarized for The Miami Herald. He “scores easy points with the base and he looks like a hero for stopping the bad guys yet again,” Ferrell said.

Certainly, what’s happening now in Florida looks a lot like the thought control that has happened in totalitarian societies. Whether in the Soviet Union, Nazi Germany or today’s China, the banning of books is a central strategy for strongmen. DeSantis has no qualms using that playbook if he thinks it will benefit him politically.

And it very well may be benefitting him politically.

More and more, DeSantis looks like Donald Trump’s chief rival for the 2024 presidential nomination. Trump has a far bigger Republican audience — for now. But according to Frank Luntz, a veteran GOP pollster, Trump’s popularity may have already peaked.

Meanwhile, DeSantis’ political star is on the rise. His favorables among independents are above 60 percent, according to a March 25 McLaughlin & Associates’ poll. The conservative National Review’s editor, Rich Lowry, has an explanation: DeSantis comes “without the distracting obsessions of the former president.”

Keep that in mind as you consider areas where DeSantis presents an even clearer present and future danger than Trump does.

First up is Covid. DeSantis has run circles around Trump in appealing to the anti-vaccine crowd. As New York Times columnist Thomas Edsall pointed out: “Where Trump was tiptoeing around vaccine skepticism, DeSantis jumped in with both feet, banning private companies like cruise lines from requiring vaccination, appointing a vaccine skeptic to his state’s highest office, and refusing to say if he’s gotten his booster dose.”

There’s nothing harmless about this stance. DeSantis frames the debate as a personal choice. Whether you want protection or not, your choice “doesn’t impact me or anyone else,” he said in 2021. But that flavor of lie has fueled months of the vaccine resistance. It undermines not only public health, but the ties that bind us.

Consistently, where Trump has sown divisive messages, DeSantis has added to the harm by turning them into real (state) policy. Putting aside his divisive proposals on race, he’s also attacked the LGBTQ community and engendered a cruel homophobic backlash. On March 28, DeSantis signed a law that prohibits instruction or teacher-led discussion on sexual orientation or gender identity “in a manner that is not age-appropriate or developmentally appropriate for students in accordance with state standards.” (The law prohibits all such classroom instruction in kindergarten through third grade.)

The legislation shows a politician ready to parlay anti-gay bias into votes by marginalizing youth and reinforcing what up until a few years ago felt like grossly outdated cultural mores. In the wake of this effort, we’ve seen an uptick in divisive, homophobic rhetoric accusing LGBT-inclusive teachers and parents of “grooming” children, or even of pedophilia.

And despite condemnation from around the country, the governor is doubling down. On Tuesday, DeSantis retaliated against the Disney Co., which had announced it would suspend political contributions in the state because of the anti-gay instruction law. He is currently pushing the Florida Legislature to punitively repeal Disney World’s right to govern itself on its property in the state.

Similarly on voter suppression, Trump may favor making it harder to vote — but DeSantis has done it. Then he hypes up his efforts on Trump’s favorite network.

Last March, DeSantis went onto “Fox & Friends” to sign Senate Bill 90, which adds strict new identification requirements for Florida voters who wish to vote by mail and limits the use of ballot drop-boxes. Fox News was the only news organization permitted at the signing.

A final example of DeSantis seeking to turn culture-war talking points into legislation has been his push to expand Florida’s “Stand Your Ground” statute while cracking down on protests. His 2021 anti-rioting law would even grant Floridians who drive through protests civil legal immunity, a potentially deadly act. In September, a federal court enjoined the statute’s operation on the grounds that its vagueness and overbreadth chilled freedoms of speech and assembly.

DeSantis has spent much of his time in office showing how much he respects the Second Amendment — and disdains the First.

Most Americans still believe that in the public square, leaders finding common ground is essential to the survival of a republic. Apparently, that matters less to DeSantis than success in the Republican Party and his own ambition. If he emerges as a national candidate, get ready to fight his brand of demagoguery.

Ron DeSantis has taken Trump’s playbook — and made it much...

Body of migrant child found in the Rio Grande, and his...

‘I’m sure it is fair,’ Zelensky urges EU to make Ukraine...