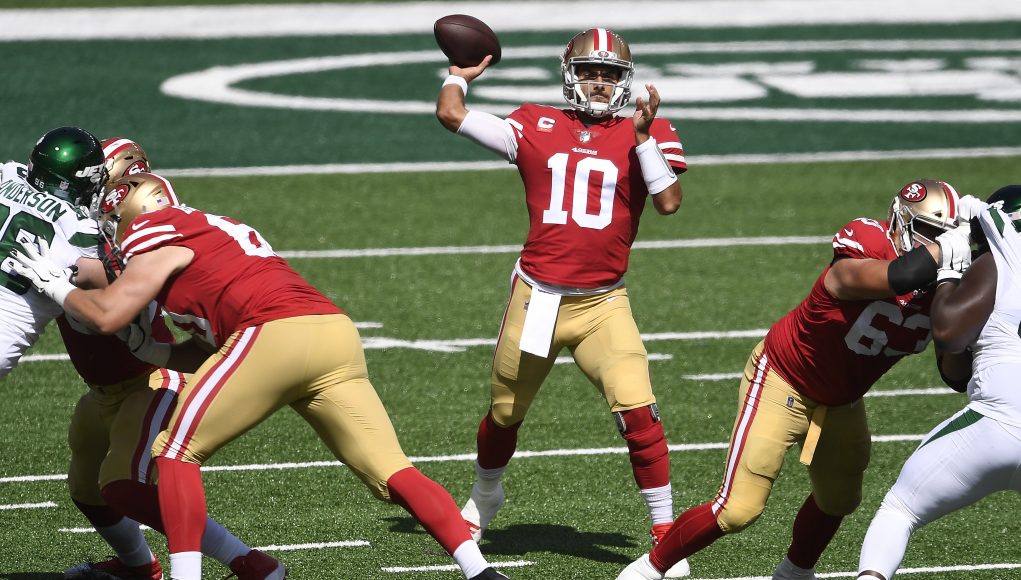 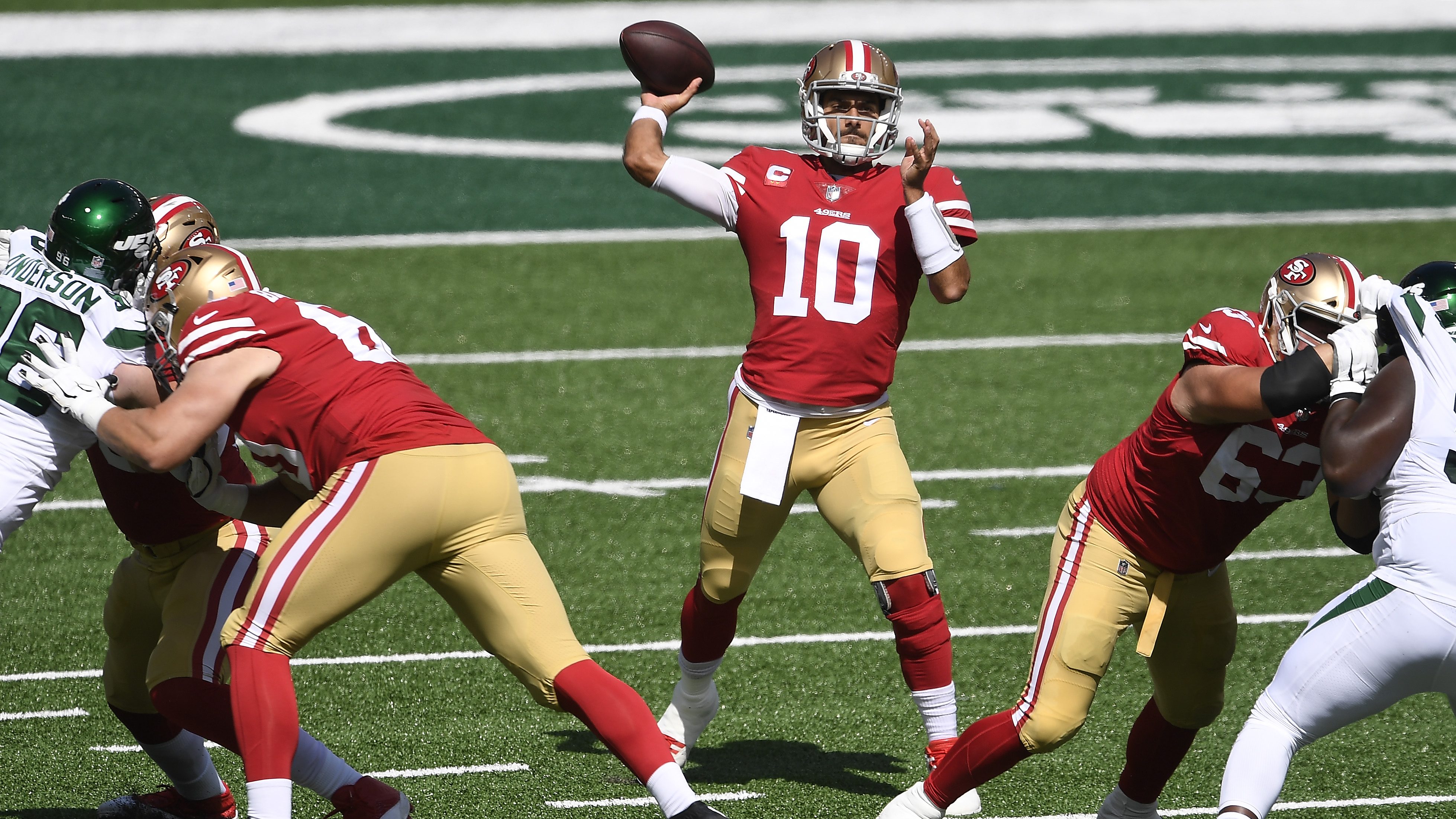 The San Francisco 49ers have lost another starting quarterback to injury.

Jimmy Garoppolo suffered a broken foot versus the Miami Dolphins on Sunday, December 4. Head coach Kyle Shanahan said with the injury the veteran passer will miss the rest of the season.

San Francisco already lost their second-year passer, Trey Lance, to a fractured right ankle back on September 18 for the year.

With so many injuries to the position, the 49ers are bringing in some reinforcements.

49ers are signing QB Josh Johnson off the Broncos practice squad and on to their 53-man roster, per sources. During his 13 years in the NFL, Johnson has been a member of 14 different teams, the most for a player in league history. This will be his third stint with the 49ers.

Johnson was previously on the Denver Broncos practice squad prior to joining the 49ers.

Ex-Jets QB Josh Johnson Gets Another Chance With 49ers

This will be Johnson’s fourth stint on the 49ers roster since entering the league back in 2008.

He was with them for six months in 2012. Johnson was on-and-off the roster throughout the 2014 season. Johnson then spent nearly a year with the team during the end of the COVID 2020 season through a large chunk of the 2021 offseason.

Now he will join a quarterback room that features Brock Purdy and Jacob Eason in 2022.

Speaking of multiple stints, one of Johnson’s stops included New York with the Jets. He had a cup of coffee back in 2015 and most recently was part of the Gang Green quarterback carousel in 2021.

The 36-year-old appeared in three games during that season and delivered when called upon:

Now he will have a chance to do even more in San Francisco. They have a Super Bowl roster and if they can get average quarterback play there’s a shot for this team to make a run in the playoffs.

Jimmy Garoppolo to the Jets Became a Lot More Complicated

Speaking of Garoppolo, that injury news has an indirect impact on the Jets.

Connor Hughes of SNY said so himself on Twitter:

Garoppolo was set to be a free agent this offseason and because of a renegotiated contract, he wasn’t allowed to be franchise tagged.

That means the Jets would have gotten a chance to talk to him and potentially convince him to head back to the east coast.

Without knowing the full medical diagnosis of Garoppolo’s foot it is impossible to project how long he will be out and when he can start training again.

Which bones in his foot did he break? Was anything else damaged?

Throughout his eight-year career to date, Garoppolo has only started a full season once (back in 2019). With that kind of history would the Jets be willing to pay him the bag?

What once appeared to be a clear answer to the Jets’ potential quarterback woes looks much more like a question mark.

At this point, the Jets’ best (and most cost-effective) option appears to be re-signing Mike White as quickly as they can and drafting a young passer in the mid-rounds. In theory, all three of those guys could compete for the starting QB gig in 2023.

Katie Holmes cuts a casual figure in button up shirt and...

A massive storm is producing raging blizzards in the north and...