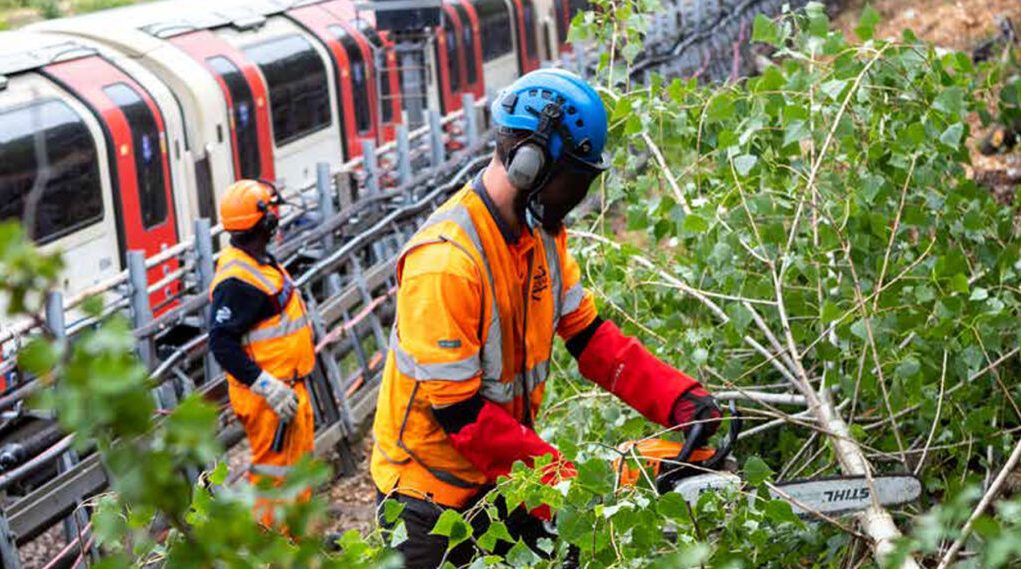 The latest Programmes and Investment Committee report from TfL has outlined some of the works that have been carried out on London’s rail network in recent months.

Long standing programmes need completing, and most of the work is maintenance to keep the service running safely. There are works on upgrades that have already been approved, but also plenty of warnings that future upgrades are unfunded.

Upgrades of the signalling at the eastern end of the District line are expected to be delivered late, but should come into service by March 2023. This completes the rollout of Communications Based Train Control on the Hammersmith & City line and connects the first depot to the network.

The final signal migration between Rayners Lane and Uxbridge, which will be brought into service, is still Quarter 4 2025.

On 11th September 2022, a new timetable was introduced enabling a journey time improvement of around 5% on average on the Circle and District lines between Monument, Fulham Broadway, Barons Court and Paddington.

A new set of points has been installed at Tower Hill, and once the new automatic signalling is commissioned, the points will provide reversing capability which will improve service recovery during disruptions and reduce the closure limits during engineering works.

Fitting new LED lighting on 10 of 36 Bakerloo line trains was completed at the end of September as planned. TfL expects to complete the full fleet by the end of 2024. They are also testing a new customer information system in trains, with equipment ordered.

Works to stabilise the cutting between Grange Hill and Chigwell are ongoing and are due to be completed in May 2023.

Dynamic testing (20,000km) has started on the new DLR rolling stock, and the first two of the 12 trains that have been ordered are expected to arrive in the UK by April 2023. An option to buy an additional 11 trains which would be needed to support housing developments along the DLR is pending a decision from the government.

Delivery of the Jubilee line signalling software updates continues, with the updates addressing residual issues. The first software release will be commissioned onto the railway in Quarter 4 2022/2023.

Some changes are needed to the Barking Riverside extension, such as the repositioning of a signal to address an issue of the train driver’s line of sight to the signals, which is due in early 2023. The final handover of assets is still due for the end of this year.

Works to upgrade the line through Surrey Quays to support 20 trains per hour (from 16tph) and a power upgrade contract has now been signed.

In August, TfL completed the heavy overhaul of the first 15 Metropolitan line trains, although this was delivered a month later than planned due to a slower than expected ramp-up of bogie production. This was in turn due to delays in material deliveries from suppliers and the development and approval of work instructions.

Delivery of the final scheduled Northern line signalling software updates continues to address residual issues and requirements following the completion of the Northern Line Extension and the Bank station closure works. The final upgrade is expected in the third quarter of 2023.

In June, the first car body was built and painted in the TfL livery, and two further cars are now in car body build. The first completed train is still on target for tests in Summer 2023.

The new trains are now expected to begin entering service in summer 2025, but the complete delivery of the trains has been pushed back to early 2027 due to delays in spending caused by the pandemic.

In July, TfL brought into use new stabling roads for four trains at South Harrow sidings and awarded a contract for a new under-floor tandem wheel lathe, which will be based at Cockfosters depot.

Door overhauls on the trains started in June and four trains have completed their phase one works. 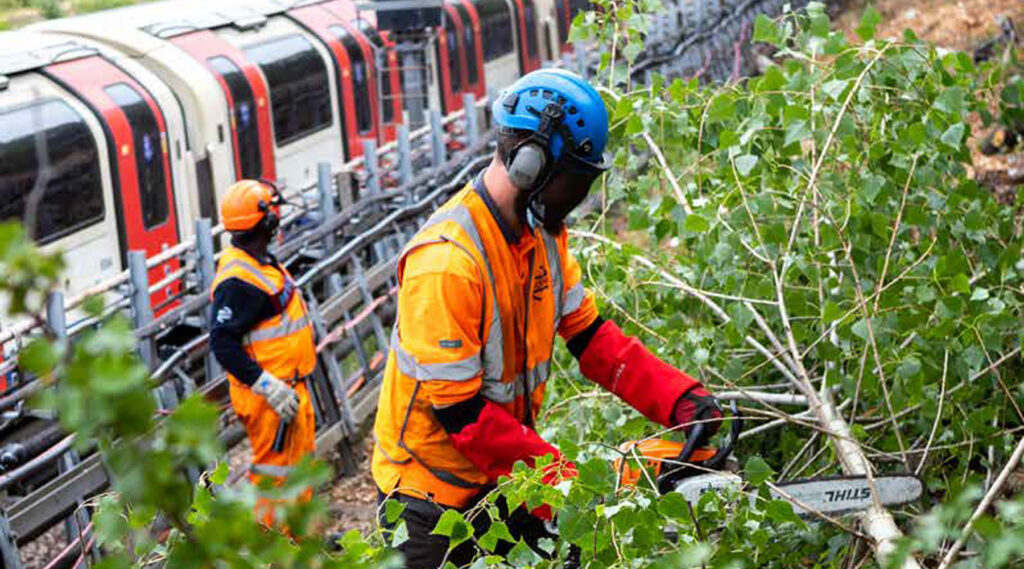 The new escalators between the Northern and DLR lines, and the moving walkway between the Northern/DLR and Central lines have opened. Works have started to demobilise from key work sites on the project, with the removal of the gantry crane on Arthur Street and the demolition of remaining basement levels at the whole block site location.

The planned upgrade of the station is on hold pending funding from the government.

TfL is issuing tenders for the new tunnels to be dug linking the planned new entrance box to the Northern line platforms. Construction of the station box by the developer continues, with progress already made on station box piling.

Procurement has started for lift replacement, with work due to start on site in spring 2023.

Negotiations are nearly finished on a development agreement that will provide new third-party funded step‑free access from the south side of Euston Road.

Works to replace a range of obsolete communications equipment are progressing into the systems migration phase.

The new entrance opened on Brompton Road, and the new lift should open in summer 2023.

Planning for the station upgrade is still underway, subject to funding to carry out the works.

Works are underway to install 12 sets of fire doors ahead of the replacement of three escalators.

TfL is working with a property developer for a new Borough High Street entrance.

Two out of the three escalators are now in place with works underway on the final escalator. All works are due to be finished in 2023.

The core structure of the new main station entrance has been installed and part of the new staircase is open for customers to use. Work on the passenger lift shaft has been completed and lift-car installation commenced. Work continues back of house on mechanical and electrical equipment upgrades and there have also been further highways changes at the surface level to enable subsurface utility connections.

Installation of two lifts to provide step-free access to the Bakerloo line are underway along with the fit-out of the new station entrance. The final structural works to tie the old ticket hall to the new one are due to complete around the end of this year. The new entrance and lifts should open to customers in Q2 2023.

Works on a new southwestern entrance are expected to start in early 2023.

TfL is working with a property developer to develop options for step-free access to the Northern line – although at the moment there’s no funding for the fit-out of a lift shaft if one is provided by the property development.

Main construction works on a new entrance funded by a housing development are underway. 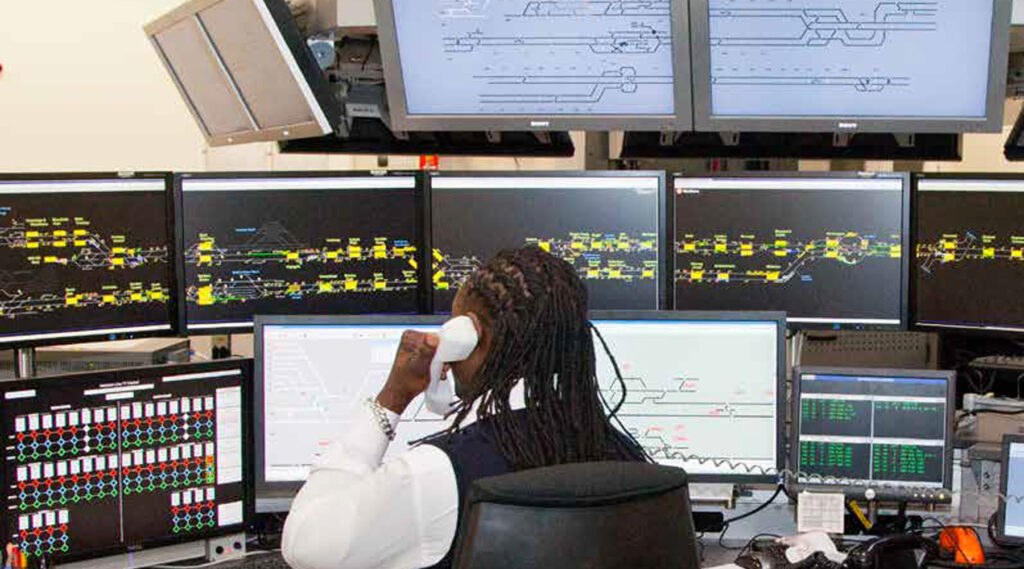 The post A look at London’s recent railway upgrades appeared first on ianVisits.

It’s a mood-boosting collab from COS x Lea Colombo