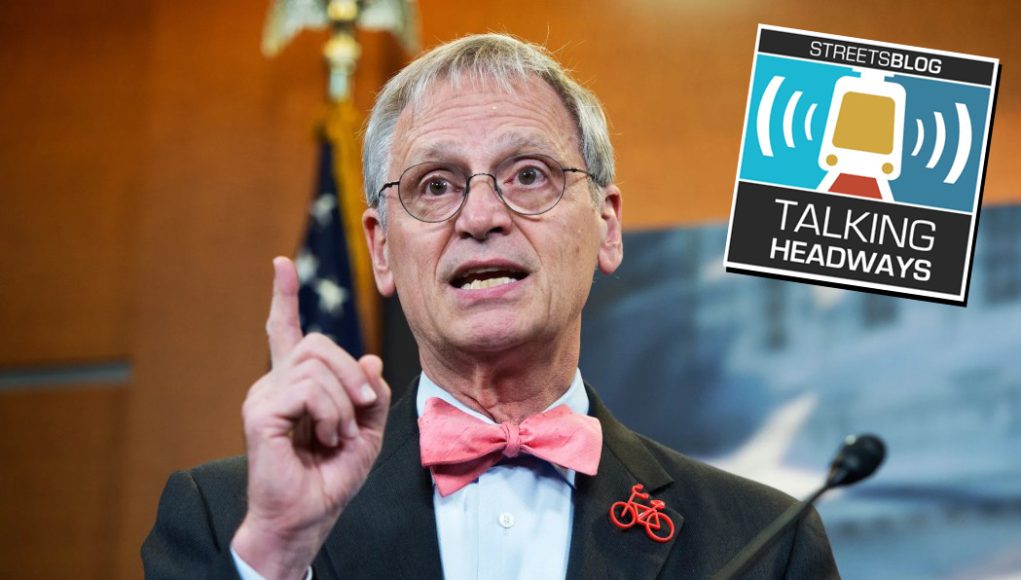 This week, we sit down with Rep. Earl Blumenauer of Oregon’s Third District at the Rail~Volution conference in Miami. We chat about the one-year anniversary of the infrastructure bill, where we’re at with Vision Zero, the coming Farm Bill, and the important connections between housing, transportation, and health.

If you prefer to read rather than listen, click here for a full, unedited transcript. Or jump below the player for excerpted highlights:

Jeff Wood: Do you think that folks will see [the farm bill] as the next kind of big step in the progression of climate action? You know, you had the Inflation Reduction Act, there’s a lot in there, but then this seems like a next step in terms of federal legislation that can be used for climate good.

Earl Blumenauer: I hope so, but it’s not just climate, right? Climate is a huge source of emissions, and the fact that we don’t have local food processing means that we end up spending lots of energy moving things around the country with transportation and refrigeration — and it creates supply chains that are brittle. Half of America suffers from conditions that are a result of overweight or poor nutrition. We’re watching some pilot projects where health-care providers are giving prescriptions for healthy food, and it ends up saving more in terms of health-care costs because people are adequately nourished. These are things that need to bring to scale to implement these options, but it’s health of the planet and its health of human population.

Jeff Wood: It’s amazing how much all these things are obviously connected. Transportation, housing, health, the social determinants of health, etc. It’s really interesting to see how they’re all very connected. There’s even, health-care providers that are providing housing because they think it’s absolutely more important to keep people housed — it actually lowers costs for them overall. And so there’s like all these connections that we can make.

Earl Blumenauer: And that’s a point that I would like us to elaborate on a little bit because our communities pay a tremendous price for failure. The housing crisis in terms of homelessness, problems with people with addiction and mental illness, being able to take a homeless person, stabilize their health. We pay a great deal for the failure of these systems. The failure of health-care, the failure of housing, the failure of transportation. Being able to get our policies right and invest our resources in the optimal way, we’ll spend less dealing with failure. I’m convinced that there’s more value to be captured and reinvested that will more than offset the costs.

Here is Where to Get The Best Hot Chocolate in NYC