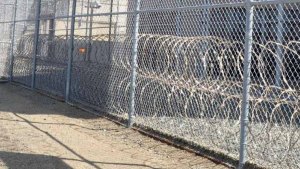 Immigrant rights advocacy organizations and medical professionals on Thursday urged border officials to limit the detention of pregnant women and their families.

They were joined by officials from the American Civil Liberties Union in San Diego.

In a letter to Customs and Border Protection Commissioner Chris Magnus, 83 advocacy organizations and 51 medical professionals demanded that the detention of pregnant, postpartum, nursing individuals and infants be limited “to the minimum time period necessary to process them for release from CBP custody.”

The letter highlighted the case of a woman who reportedly gave birth while in custody at the Chula Vista Border Patrol Station in early 2020.

The ACLU Foundation of San Diego & Imperial Counties and Jewish Family Service of San Diego filed an administrative complaint that year, which stated that the Guatemalan woman, 27, was seeking asylum when she was arrested and taken to the Chula Vista Border Patrol Station instead of a hospital.

While in CBP custody, she partially delivered her baby while standing and holding onto a garbage can for support, was subsequently taken to a hospital. She was transported back to a Border Patrol cell with her baby days after the birth.

The woman’s case also was referenced in a letter authored last year by 11 U.S. senators who asked the Department of Homeland Security to direct CBP to alter its policies regarding the detention of those who are pregnant.

“There’s simply no way for people to obtain adequate reproductive health care in CBP custody,” said Esmeralda Flores, senior policy advocate at the ACLU of San Diego & Imperial Counties. “We’re talking about facilities that are notorious for degrading conditions and medical neglect across the board. Pregnant, nursing and postpartum people must be released to obtain the standard of care they need and deserve.”

Thursday’s letter requests that processing of pregnant detainees take no longer than 12 hours from the time of initial apprehension and an assurance that such detainees and their families are released from CBP custody as soon as possible after discharge from an offsite hospital. The activists called for no transfers back to CBP detention.

These Are the Best Sneakers for Wide Feet, According to a...