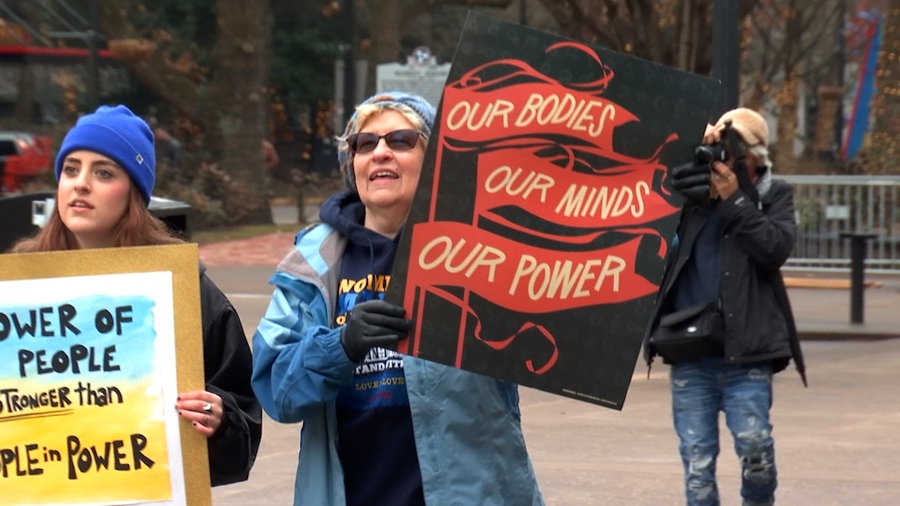 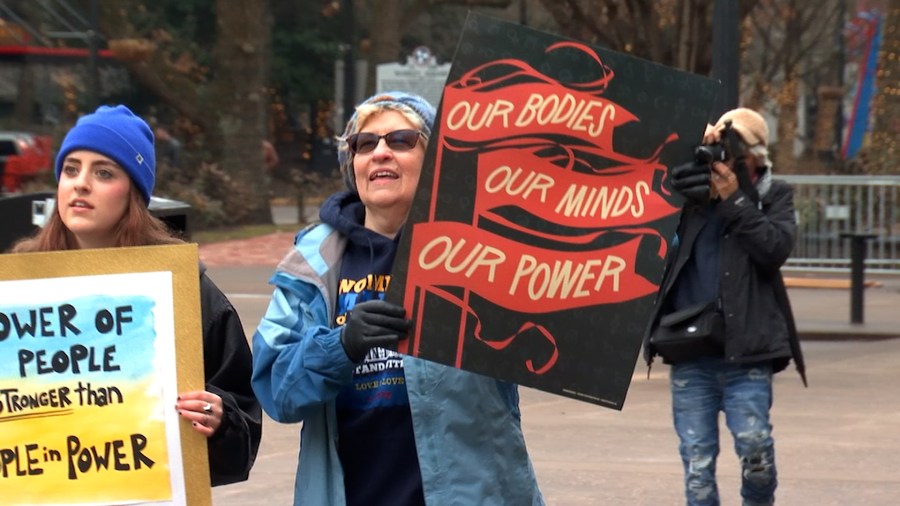 KNOXVILLE, Tenn. (WATE) — Sunday marked 50 years since the landmark Roe v. Wade decision was made. The anniversary comes after the ruling was reversed in June, giving power to the states to make decisions on abortion laws.

Tennessee’s state trigger law effectively banned abortions after the Supreme Court overturned Roe v. Wade, without exceptions for rape or incest. Doctors can be prosecuted for performing an abortion even if the pregnant woman’s life is at risk, but state law says they can use the reason as a defense if a case is brought against them.

Activist groups in favor of and opposed to abortion marked the anniversary by holding demonstrations in Knoxville. Tennessee Right to Life held a rally at the Knoxville Convention Center with various speakers including Knox County Mayor Glenn Jacobs.

They then held a march from the convention center to what was formerly Knoxville Center for Reproductive Health. The center closed in August following the enactment of the abortion ban.

Monica Irvine, a board member with Tennessee Right to Life, said the annual march will take place on a new date moving forward.

“What’s exciting about today’s march is that this is the last time we will march on this date, because starting in June we will start marching on the date that Roe v. Wade was overturned,” Irvine said.

One attendee at the march, Murray Clemetson, said he hopes other states will take after Tennessee’s strict laws.

“The problem is there’s still 39 more states that are allowing for abortion, which is killing babies in the womb,” Clemetson said. “So, we feel like they need a voice.”

“I feel like a lot of women are going to die because they’re going to have no choice but to make really unsafe arrangements for themselves,” Wells said.

“Think about your mother, your sister, your friend, what would happen if they were in a situation, would you want them to go to a back alley? Or not have the information they need? No one would want that for someone that they love,” Miller said.

“We are tired of being treated like second class citizens,” Miller said.

Tennessee is among states with the strictest abortions laws. A few state legislators are reportedly working on legislations that would take the burden off of the doctor in cases where a pregnancy is life threatening to a woman, but as of now the complete ban remains in place.

Chelsea have to wait on Aubameyang: how could this change their...