Teachbytes
Home Sports ‘At a loss for words’: Senators dismayed at ’embarrassing’ blowout loss to... 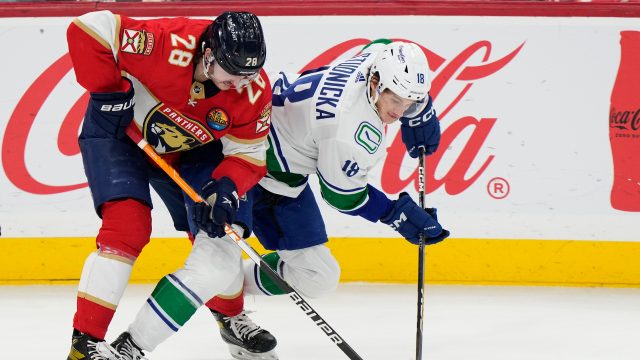 When Ottawa Senators general manager Pierre Dorion landed Claude Giroux in free agency, traded for 40-goal scorer Alex DeBrincat and locked down their centre tandem Tim Stutzle and Josh Norris long-term, it wasn’t a stretch to believe his club could be a playoff team for the first time since 2017.

Now, it would be a stretch.

With a 19-20-3 record, they currently sit second-last in the Atlantic Division, ahead of only the mid-rebuild Montreal Canadiens.

After all the tumult Senators fans have been through, Saturday’s 7-0 shutout loss to the Colorado Avalanche has to be up there with the most painful, at least this season.

The first blow came five minutes into the first period and they didn’t stop. Mikko Rantanen, Alex Newhook and Arturri Lehkonen each had a pair of goals on the evening as Anton Forsberg remained in net for all seven goals.

“We were just awful all night,” Tkachuk continued. “From start to finish, we weren’t good at all.”

Defenceman Thomas Chabot was equally hard on his club — and himself.

“It was probably one of the worst games I’ve ever played, personally,” the longest-tenured Senator said. “It’s not the way I want to play and it’s not the way I’m going to help this team win.

“You play every single night to win and when you look up and that’s the score, no one likes seeing that.”

This loss comes after losing 8-4 at home to the Seattle Kraken — a game that not even a Stutzle hat trick could save — and a shutout loss to the Predators.

As improbable as it sounds, this Senators team still has a shot at the post-season. If they keep putting on performances like this, however, they might be hanging up their skates on April 13th.

‘A smack right in the face’: Maple Leafs’ turnovers spoil thriller in Boston

THIS WEEKEND: MARATHON LIGHTED BOAT PARADES ARE READY TO ROLL