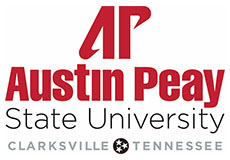 The University would like to thank Fortera Credit Union for serving as the inaugural Governor Sponsor, which is the 2023 Title Sponsor for Candlelight Ball.

“This year’s event will enhance the traditions of the Candlelight Ball experience,” APSU Vice President for Alumni, Engagement and Philanthropy Kris Phillips said. “We hope our guests will enjoy the evening while also supporting APSU scholarships.”

The 2023 recipients of the Wendell H. Gilbert Award are Dr. Joe (‘70) and Estella Greer. The Spirit of Austin Peay Award winners are Larry (’97) and Barbara Goolsby.

Dr. Joe Greer graduated from APSU in 1970 with bachelor’s degrees in chemistry and biology. He earned his D.D.S. from the University of Tennessee Center for the Health Sciences in 1973. In 1991, he received his Master of Science in Health Promotions from Memphis State University.

Since then, Joe has maintained a successful private practice in Memphis and has been an instructor at the UT College of Dentistry. He was named the APSU Outstanding Alumnus in 2015, and he is a past president of the APSU National Alumni Association (NAA).

Estella Mayhue-Greer earned her bachelor’s and master’s degrees from the University of Memphis. She spent 21 years with the Mid-South Food Bank, serving in various roles, including president and CEO, prior to her retirement in 2019.

Master Sergeant (Ret.) Larry Goolsby graduated from APSU in 1997 with a bachelor’s degree in Public Management. He had a 20-year career in the United States Air Force, working in Human Resources and recruiting. Larry earned many awards throughout his career, and was named the Top Human Resource NCO in the World for recruiting service. He was also awarded the Gold Badge for being the top recruiter in Tennessee, Kentucky, Alabama and Indiana.

He has been with Goolsby & Rye Used Appliances, a business owned by Barbara, for 29 years since his retirement. Barbara trained in the Tennessee Disaster Relief Program to assist with relief efforts in West Virginia and Virginia Beach after Hurricane Frances. She has coached youth basketball and youth soccer.

Larry and Barbara have supported APSU through the Govs Club, the Monocle Society and the Tower Club and by creating the Larry and Barbara Goolsby Business Endowment and contributing to the Patricia Goolsby Gregory Memorial Endowment to honor Larry’s late sister, an Austin Peay alumna and a 2007 recipient of the APSU Outstanding Alumna Award.

“Congratulations to the recipients of the 2023 Candlelight Ball awards,” APSU President Mike Licari said. “Their distinguished careers and dedication to service have set an example for all of us to follow. We are proud to honor them.”

“I would like to thank all of the members of the Candlelight Ball Committee and our event sponsors for their dedication to making this upcoming event a success,” Candlelight Ball Co-Chair Betsy Baggett said. “We cannot wait to celebrate with our Austin Peay family and award winners at the Ball in May.”

A limited number of rooms are available. To take advantage of discounted rates, make reservations early. To reserve, visit omnihotels.com/hotels/nashville/meetings/austin-peay-05062023 or call 615.782.5300.