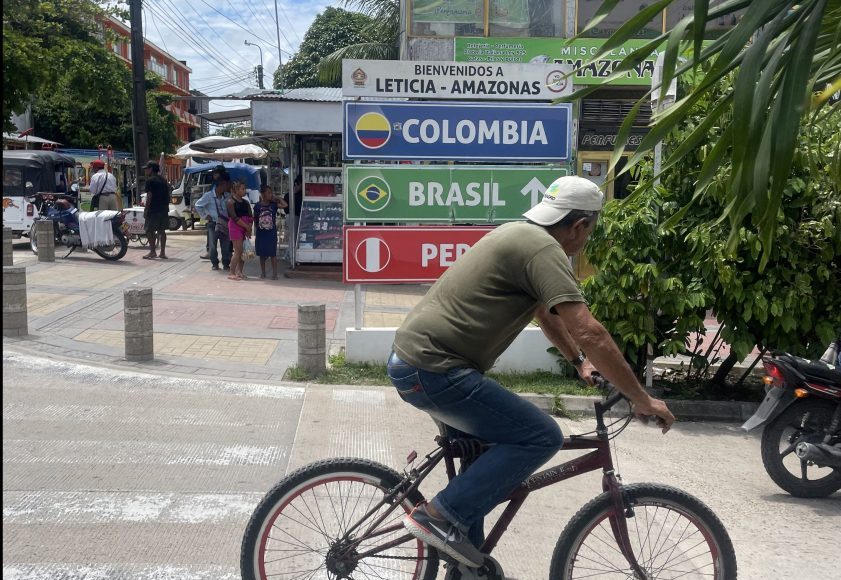 A couple months ago, I took a long-awaited vacation to Colombia, a country that’s been on my sustainable transportation nerd bucket list for years.

As one of the earliest mass adopters of bus rapid transit and the birthplace of Ciclovía (better known internationally as the Open Streets movement), the fifth-largest Latin American country has gained a well-deserved global reputation as a mobility innovator, even if it’s not always as rapturously admired among U.S. advocates as European countries like Denmark and the Netherlands.

Needless to say, two weeks there weren’t nearly enough to experience it all, and these casual vacation reflections are no substitute for engaging with the work of Colombian advocates and transportation pros. Still, for what it’s worth, here’s a deeply non-exhaustive list of five lessons I took home with me.

1. Ciclovía is even cooler — and more pragmatic — than you think

Since it launched way back in the 1970s, Bogotá’s famous Ciclovía program has inspired copycat events around the world. Today, with little more than a few yellow police barriers at intersections, more than 75 miles of the capital city’s streets are closed to cars every Sunday and major holiday, opening up that scarce urban space for the exclusive use of people who bike, walk, and roll. (Colombia’s second largest city, Medellín, has a similar program, too.)

It’d be more accurate, though, to say that Ciclovía closes many of Bogotá’s streets in one direction, leaving the other open for the city’s famously extensive bus system, emergency services vehicles and — yes — even drivers to move about freely. Those routes, though, are almost all massive, multi-lane thoroughfares, often with a permanent protected bike lane running down the middle, so it’s still a pretty dramatic transformation — and a pragmatic way to cut car traffic fast.

That critical detail is rarely mentioned in the U.S. press, and many U.S. Ciclovía-style events, unsurprisingly, attempt to close down roads from curb to curb, leaving people who must drive with no route into the neighborhood. And that might be the right approach in some settings — but in others, being a little more targeted seems to pay off. I rarely had to leave the Ciclovía network during my time riding in the city, and the routes were full of people of all ages and abilities (though I didn’t take enough pictures

2. Quick-builds count – especially on a budget

The massive networks of ciclorutas (bike lanes) in Colombia’s megacities definitely deserve the hype; Bogotá alone has nearly 350 miles of protected paths at last count and is aiming for 515 of them by 2024, while Cali has about 120 miles.

It’s important to remember, though, that Colombia is not a wealthy country — its 2021 GDP was $3.14 billion, slightly less than the state of Connecticut, which has just 1/14 of the Colombia’s population — and it manages to do a hell of a lot more than most American cities I’ve visited with relatively little. That includes a fascinating mix of both drool-worthy off-road paths, on-road lanes buffered by planters, armadillo humps, or plastic jersey barriers, and even more informal routes that double as sidewalk extensions, like this one in Medellín’s Poblado neighborhood:

Sure, they’re not perfect; there are more than a few alarming skid marks on those delineators! But they’re a lot better than nothing, much less a line of paint on the ground, which I didn’t see much of at all on Colombian streets.

So until your community can afford to build something like this….

When I write about the umbrella category we call “public transit” on Streetsblog, I’m usually talking about buses, trains, and the extremely occasional ferry. In Colombia, though, I was reminded that virtually any form of transportation can be shared and subsidized — and it should, especially in landscapes with unique mobility challenges.

In mountainous Medellín, that means a metrocable system, which tourists and locals alike can ride for less than $1, using the same fare card as the city’s more traditional trains and buses. I took a ride with several incredibly friendly people who take the gondola home from work every day.

The hilly Comuna 13 neighborhood is also home to the world-famous free outdoor escalators, which were built to carry the neighborhood’s aging population up the steep incline between the region’s urbanized valley, where many jobs were located at the time, and their homes nearly 28 stories above. (I went, but because I didn’t have access to a drone, my pictures don’t capture the sheer scale of this accomplishment; CNN did a much better job.)

In the Colombian rainforest, transit often takes the form of public speed boats, which run about five times a day between the cities I visited along the Amazon river and the urbanized hub city of Leticia, and which were consistently packed with locals. Unsurprisingly, communities that are only accessible by plane or boat don’t have a lot of buses —or, for that matter, private cars, which were blissfully absent from several of the villages I stayed in — but they do have tiny, pedestrian-friendly and lovingly-personalized tuk-tuks taxis, which I wouldn’t mind seeing a few of on U.S. streets.

As Benjie de la Peña of the Global Partnership for Informal Transportation points out, informal transit like tuk tuks vastly outnumber buses, trains, and government-sanctioned taxis in places outside the U.S., and “represent probably the single greatest lever to decarbonizing the transportation sector” — if we’d only open up our imaginations (and our regulatory approach) to welcome them.

4. Bureaucracy can beat the best intentions

No country is a perfect transportation paradise, and I don’t want to pretend that every aspect of Colombia’s transportation system worked smoothly during my visit.

With the help of a bus driver who took pity on me, I did accidentally committed a little fare evasion in Bogotá, because there was seemingly no way to buy a bus ticket on board — and multiple Bogotanos I spent time with noted that it’s not that easy off board, either. Farecards are only reliably available at a handful of stations and a random assortment of grocery stores and shops that you have to call a poorly staffed hotline to locate, and the system can be particularly difficult for unbanked people to use.

I had a similarly frustrating experience in Medellín when I attempted to try the city’s free (free?!) bike share program, EnCicla — until I realized that doing it would require me to buy a transit card, upload a passport image on my shaky international cell phone plan, and then wait up to three business days. Bogotá’s bike share, Tembici, was a little simpler to sign up for — but it had only gotten up and running literally a week before my arrival, and the already wildly popular system was fresh out of bikes at every station I tried.

To be fair, my Spanish is not perfect, and there are almost certainly some tricks to getting around Colombia that I missed as a non-local. My trip made me reflect, though, on the importance not just of infrastructure, but of self-explanatory systems that even someone with a language barrier can navigate with ease.

5. A lot of great transportation is invisible

A lot of what makes Colombian city transportation so great, of course, isn’t photographable, and I’d be remiss not to mention the slew of policy initiatives that aren’t aimed at tourists like me.

Bogotá recently won the Institute for Transportation and Development Policy’s 2022 Sustainable Transport Award for, among other accomplishments, creating Zonas Urbanas por un Mejor Aire, which is sort of like Colombia’s answer to the UK’s Ultra Low Emissions Zone. Medellín has won some big prizes of its own, and there are countless other cities in this extraordinary country whose transportation accomplishments I couldn’t possibly detail here — and may not even fit into western narratives about what green mobility should look like. Suffice it to say, I can’t wait to go back.

1 killed and 7 injured in shooting in Oakland, California