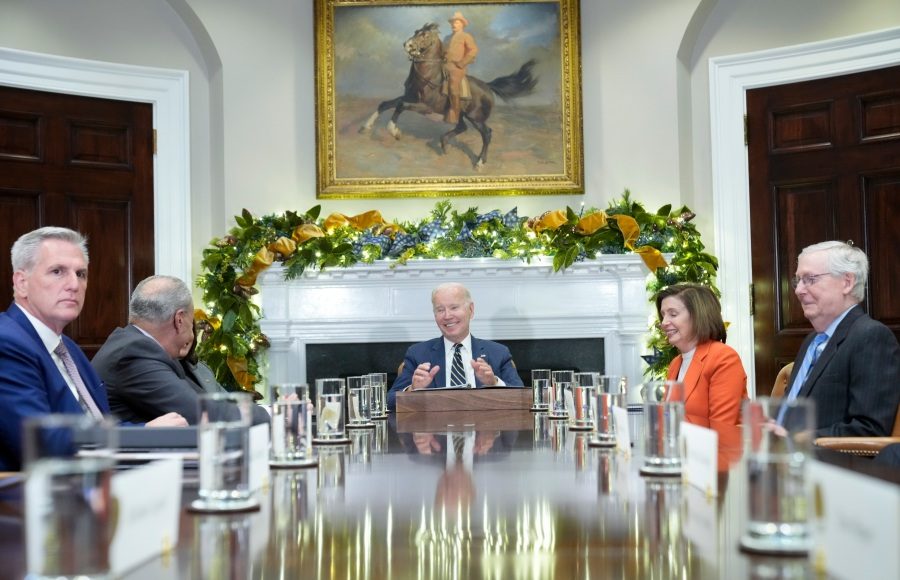 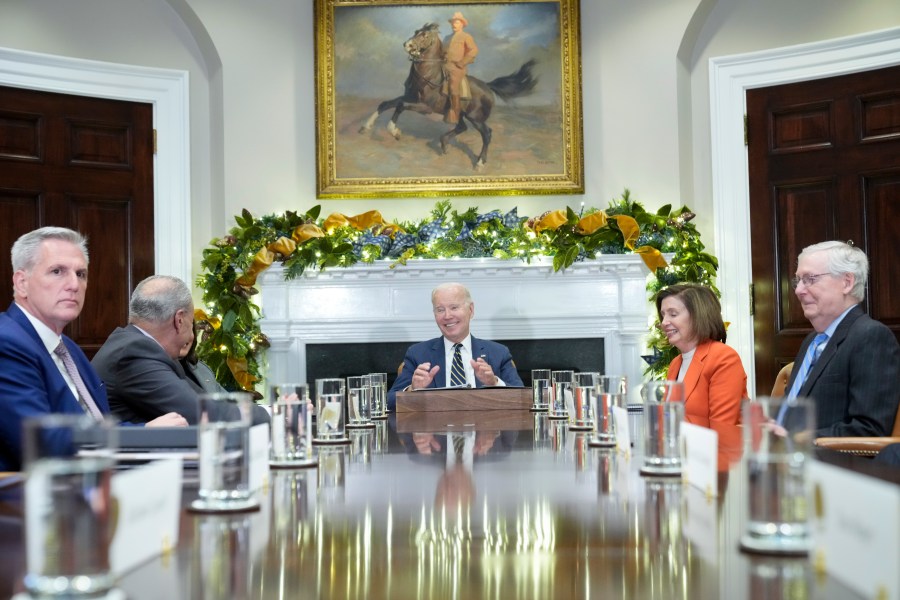 WASHINGTON (AP) — President Joe Biden said Tuesday that he hopes both parties’ lawmakers can work together to keep the government open, boost spending for Ukraine and avert a crippling rail strike. But the Republicans’ pick to be the next House speaker shrugged off the sunny talk, serving notice that things are “going to be different” once the GOP takes control of the chamber.

Biden’s meeting with congressional leaders at the White House came as he looks to lock in more legislative wins before Democrats lose unified control of Washington on Jan. 3. In the meantime, the president is dependent on Congress to avoid a government shutdown Dec. 16, and he wants major new funding to fight COVID-19 response and bolster U.S. support for Ukraine’s economy and defense against Russia’s invasion.

Most urgently, Biden has called on Congress to step in and impose a tentative agreement between railroads and workers to avert a potentially crippling freight rail strike next week.

“We’re going to work together, I hope, to fund the government,” Biden told the visiting lawmakers, emphasizing the importance of Ukraine and pandemic funding, as well.

The president said the “economy’s at risk” because of the looming rail strike, and he said he is “confident” that Congress can act to avert it. “There’s a lot to do, including resolving the train strike,” he said.

Meeting in the Roosevelt Room, Biden sat at the head of the conference table, flanked by Democratic House Speaker Nancy Pelosi and Senate Majority Leader Chuck Schumer, the two smiling brightly at the start of the meeting.


How many times has Congress intervened in rail negotiations?

Speaking to reporters outside the White House, McCarthy said Biden “got an indication that it’s going to be different” once Republicans take control of the House. He blasted the Biden administration’s immigration policies and promised a new round of investigations once the GOP is in power.

McCarthy is working to become speaker in January, though he must first overcome dissent within the GOP conference to win a floor vote Jan. 3.

McCarthy, who has hardly spoken with Biden during the president’s first two years in office, said, “I can work with anybody,” but that the Nov. 8 midterm elections show that “America likes a check and balance.”

Democrats Schumer and Pelosi described the meeting as “good” and “productive” as they left the White House. “There was good will in the room,” Schumer said, “trying to have a meeting of the minds.”

All the leaders said their preference was to pass a comprehensive spending bill for the fiscal year, rather than a continuing resolution that largely maintains existing funding levels.

“If we don’t have an option we may have to have a yearlong” stop-gap bill, Pelosi added.

McCarthy, who has promised to look more critically at the Biden administration’s requests for Ukraine aid, told reporters that, “I’m not for a blank check for anything.” He said he wasn’t necessarily opposed to more funding, but wanted to ensure “there’s accountability and audits.”

Congress is also taking up legislation to codify same-sex marriage, raise the debt limit and reform the Electoral Count Act in a bid to prevent another attempt like 2020 when then-President Donald Trump and allied lawmakers tried to overturn his loss in the presidential election won by Biden.

The Senate approved the marriage bill late Tuesday, sending it to the House before it goes to Biden’s desk.

“We’re going to find other areas of common ground, I hope,” Biden added, “because the American people want us to work together.”

As the meeting began, he quipped, “I’m sure this is going to go very quickly” to reach agreement on everything. Lawmakers spent a bit more than an hour with the president, joined by Vice President Kamala Harris and senior White House aides.

Republicans will hold a narrow majority in the House come January, while Democrats will retain control of the Senate. A runoff election in Georgia next week will determine whether Biden’s party will hold a 51-49 majority or Vice President Kamala Harris will be needed to break a 50-50 tie.