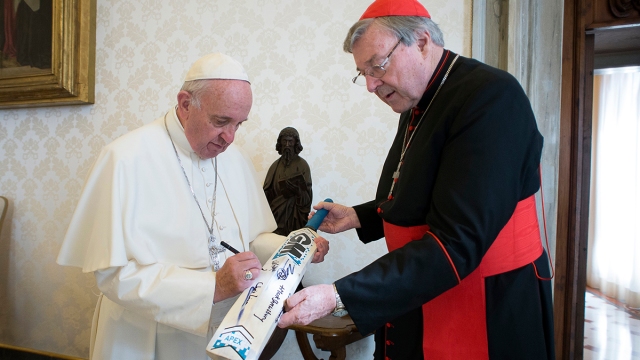 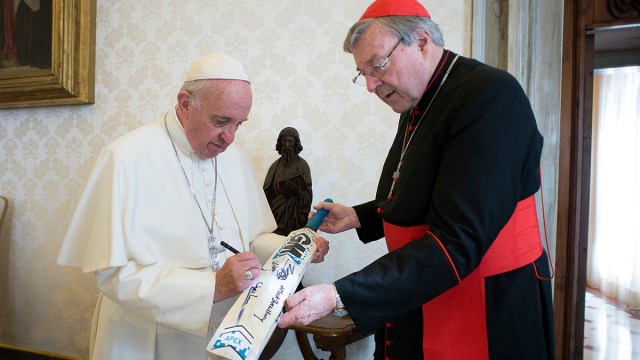 Pope Francis will deliver a final send-off for Cardinal George Pell during a funeral Mass on Saturday, the Vatican says, as revelations emerge of the Australian prelate’s growing concern about what he considered the “disaster” and “catastrophe” of the papacy under Francis.

The Vatican on Thursday said the dean of the college of cardinals, Cardinal Giovanni Battista Re, would celebrate Cardinal Pell’s funeral Mass in St Peter’s Basilica.

As is custom for cardinal funerals, Pope Francis will deliver a final commendation and salute.

Cardinal Pell, who had served as Pope Francis’s first finance minister for three years before returning to Australia to face child sex abuse charges, died on Tuesday at a Rome hospital of heart complications following hip surgery. He was 81.

He had been dividing his time between Rome and Sydney after he was exonerated in 2020 of allegations he molested two choirboys while he was archbishop of Melbourne.

The High Court overturned an earlier court conviction and Cardinal Pell was freed after serving 404 days in solitary confinement.

Cardinal Pell had clashed repeatedly with the Vatican’s Italian bureaucracy during his 2014 to 2017 term as prefect of the Holy See’s Secretariat for the Economy, which the Pope created to try to get a handle on the Vatican’s opaque finances.

In his telegram of condolence, Pope Francis credited Cardinal Pell with having laid the groundwork for the reforms under way, which have included imposing international standards for budgeting and accounting on Vatican offices.

But Cardinal Pell, a staunch conservative, grew increasingly disillusioned with the direction of Pope Francis’s papacy, including its emphasis on inclusion and canvassing of the laity about the future of the church.

He penned a remarkable memorandum outlining his concerns, and recommendations for the next pope in a future conclave, that began circulating last year and was published under a pseudonym, “Demos”, on Vatican blog Settimo Cielo.

The blogger Sandro Magister on Wednesday revealed Cardinal Pell indeed was the author of the memo, which is an extraordinary indictment of the current pontificate by a one-time close collaborator of Pope Francis.

Cardinal Pell remained a figurehead for conservatives during his incarceration and after his exoneration.

The memo is divided into two parts – The Vatican Today and The Next Conclave – and lists a series of points covering everything from Pope Francis’s “weakened” preaching of the Gospel to the precariousness of the Holy See’s finances and the “lack of respect for the law” in the city state, including in the current financial corruption trial under way that Cardinal Pell had championed.

“Commentators of every school, if for different reasons … agree that this pontificate is a disaster in many or most respects; a catastrophe,” Cardinal Pell wrote.

On Wednesday, the conservative magazine The Spectator published what it said was a signed article Cardinal Pell wrote in the days before he died.

In the article, Cardinal Pell described as a “toxic nightmare” the Pope’s two-year canvassing of the Catholic laity about issues such as church teaching on sexuality and the role of women.

Can Eagles Get Their Pass Rush Going Vs. Vikings?