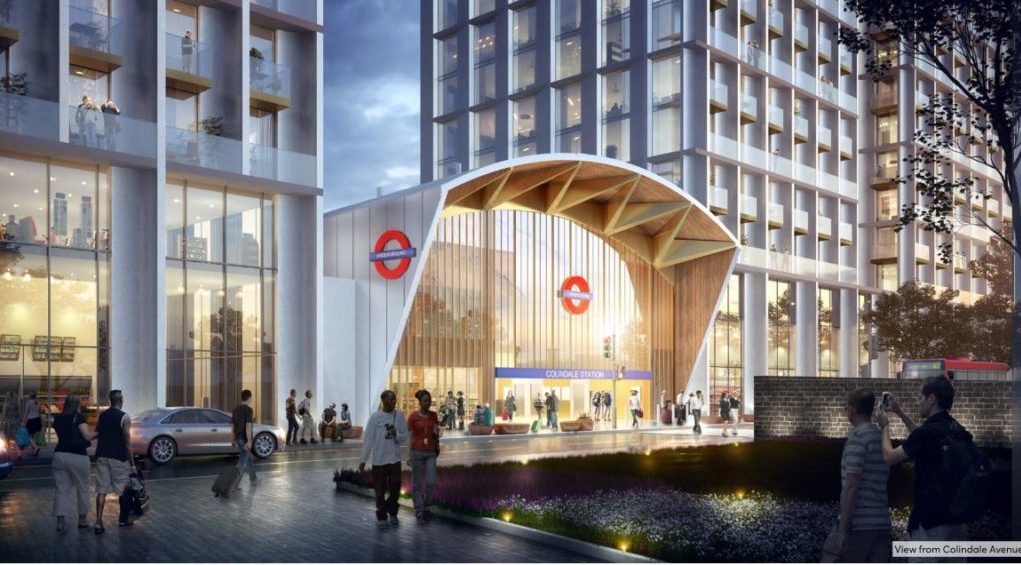 Plans to upgrade two tube stations can proceed after funding for the projects to add capacity and step-free access was secured last week as part of the Levelling Up package. Plans to upgrade the two stations are already in development, so the funding agreement should see both progress swiftly to the construction phase.

In north London, Colindale tube station on the Northern line is the closest to completion of planning work, having been underway since 2018. The plans will see the current rather modest station entrance replaced with a large sweeping timber building that’ll become a local landmark. Some of the cost of the station rebuild comes from a property development that Transport for London (TfL) is planning on some land they own next to the station.

Planning approval was granted in July 2019, but the project stalled during the pandemic. Now that £29.5 million in Levelling Up funding has been secured, the construction work could start later this year. 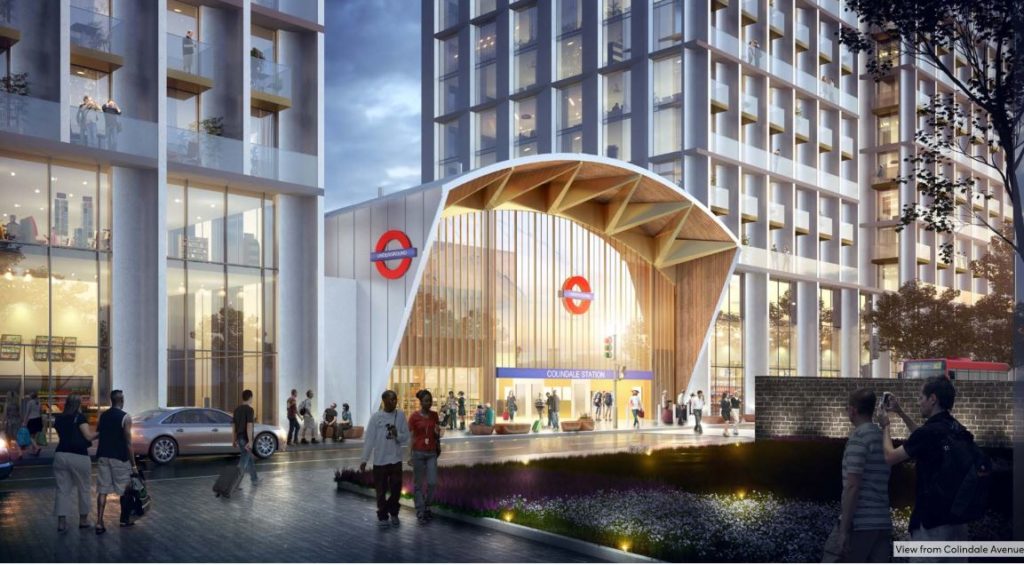 In east London, Leyton tube station on the Central line is also set for a large upgrade to help cope with overcrowding and provide step-free access to the station.

The overcrowding can result in queues in the morning building up outside the station, where the pavement is quite narrow. In the evening, crowds can build up on the platform waiting to leave, and can still be there when the next train arrives to disgorge more passengers. At times, the station has to open the emergency staircase to help crowds get out of the station.

The proposals to upgrade the station will see a new ticket hall built next to the existing ticket hall which would be over three times the size of the old one, with 8 passenger gates, compared to the existing 5 gates. The replacement staircases will land near the centre of the platforms rather than at the western end meaning that crowding is likely to be reduced and boarding/alighting less skewed. The station would also gain step-free access with new lifts being added.

Funding for this station has been in limbo since the pandemic, as although Waltham Forest council had agreed to cover £9 million of the roughly £20 million cost, TfL wasn’t in a position to fund its portion. As part of the Levelling Up awards, around £14 million has been allocated to get the station upgrade works started.

Leyton station hasn’t gone through the planning process yet, so TfL needs to complete design development work and submit that for formal planning approval, which is likely to happen later this year. 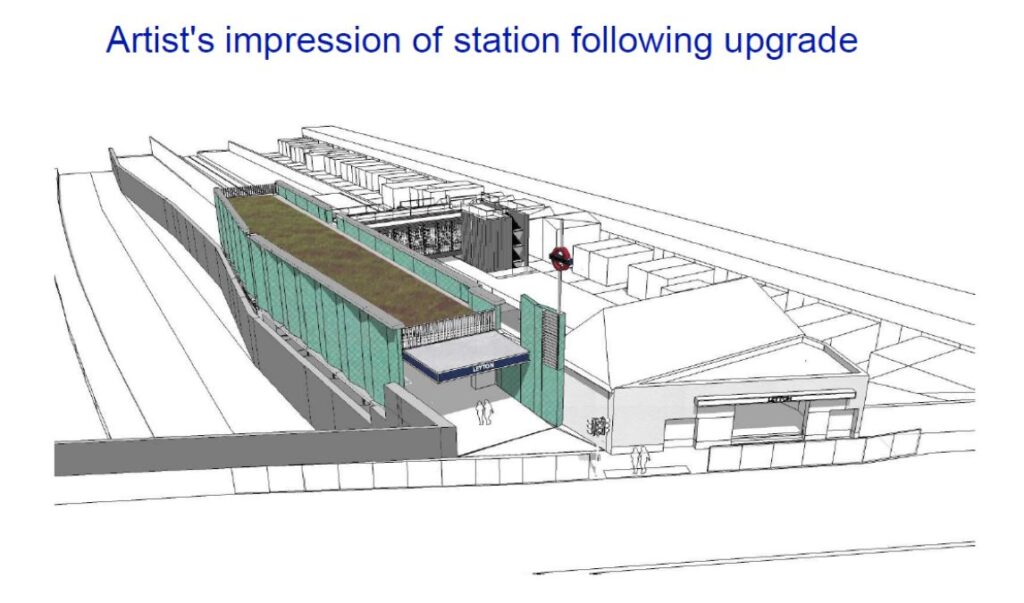 Lucinda Turner, Assistant Director of Planning at the GLA and Director of Spatial Planning at TfL, said: “Making our transport network more accessible and inclusive is a top priority, as we know that a more accessible public transport network benefits everyone. These schemes are also key to supporting sustainable growth in these areas and help unlock the delivery of thousands of new homes.

“We’re delighted that, by working hand in hand with the boroughs, the joint bid with City Hall to fund making Colindale and Leyton Tube stations step-free has been successful. We look forward to working with the Government and local boroughs on these projects, as well as other successful bids in London that will enable increased walking, cycling and public transport.”