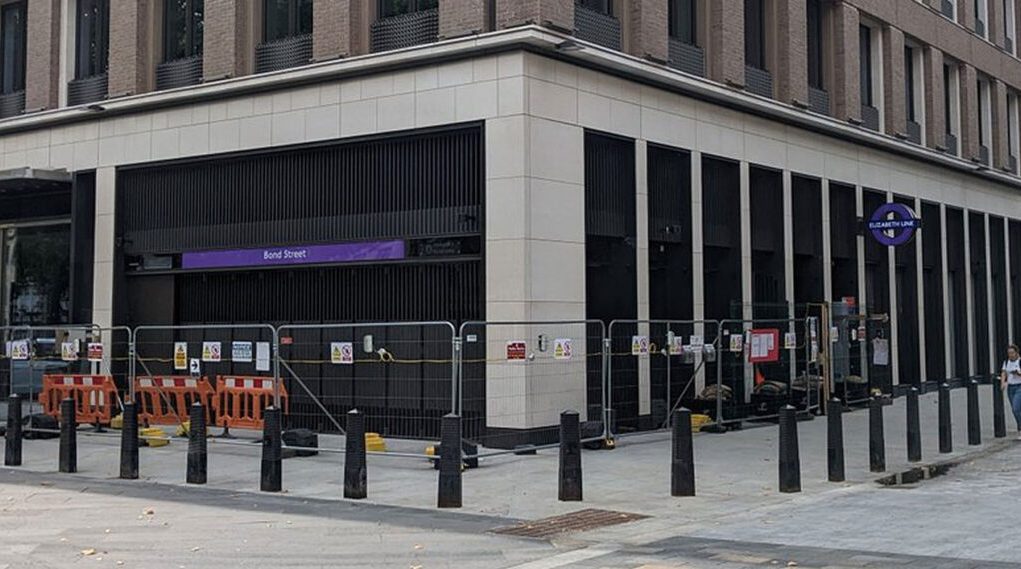 The delayed opening of the Elizabeth line platforms at Bond Street tube station has been confirmed by Transport for London (TfL), and they will open on Monday 24th October. 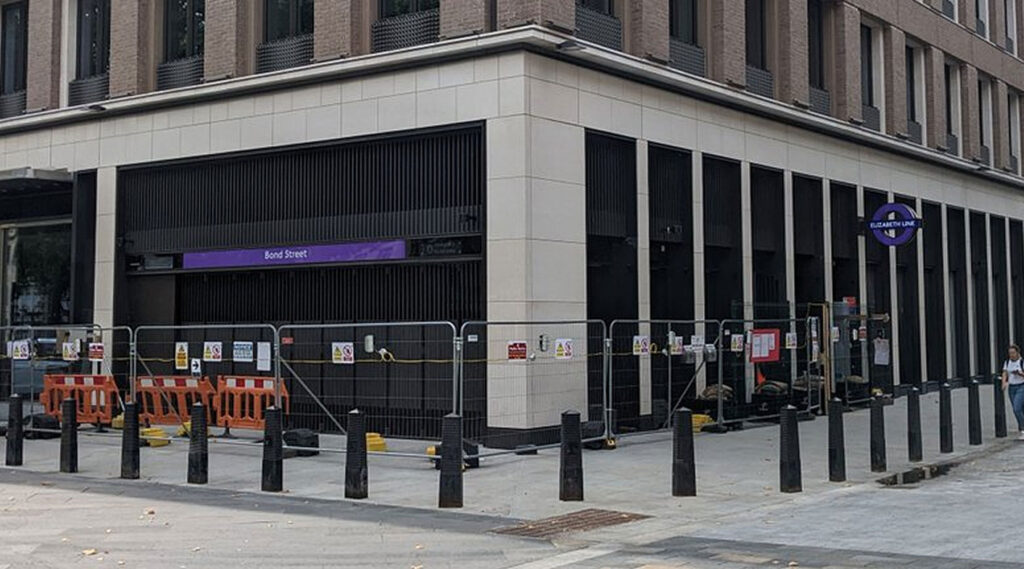 Bond Street station was supposed to open with the rest of the railway, but has been heavily delayed by problems with the site.

Although not announced at the time, a lot of the delay was known about back in 2014 due to a long delay with the initial station box construction and tunnelling. They had expected to catch up on the lost time, but failed to deliver, so a problem back in 2014 cascaded along the timeline to the point where they have barely recovered any of the lost time. However, it struggled to catch up on lost time until 2020 when a new team was brought in, and they started eating into the delay.

At one point it was thought that Bond Street would open just three months after the rest of the line, but as turned out, it’s taken five months to get the station open to the public.

Now the opening date has been confirmed as Monday 24th October. 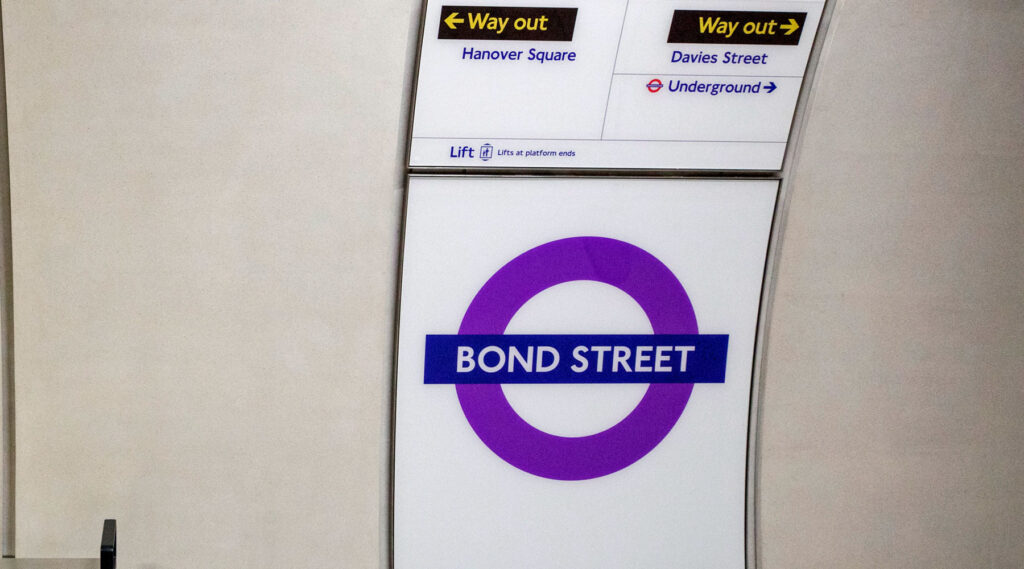 Andy Byford, London’s Transport Commissioner, said: “When we opened the brilliant central section of the Elizabeth line earlier this year, I promised that Bond Street station would open this autumn and I am extremely pleased that Londoners and visitors will be able to use this magnificent station from 24 October. ”

Normally, opening a new station on a line slows the journey time from one end to the other, but the stopping time at Bond Street is already factored into the timetable, so people travelling through Bond Street wont see their journeys take longer than they currently take.

Bond Street station will open with two entrances — one next to Hanover Square and the newly created Medici Courtyard, and one behind the existing tube station entrance. 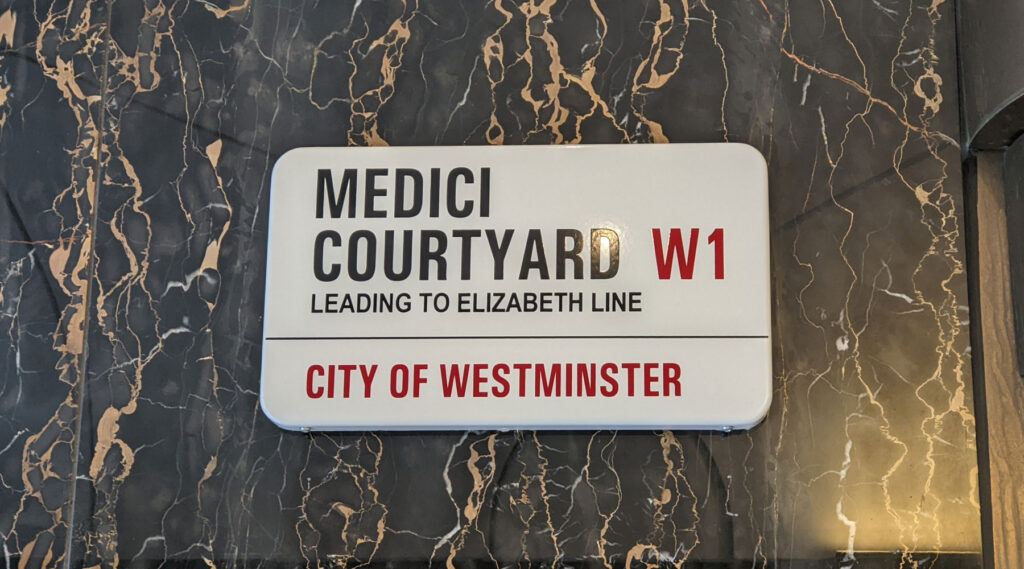 The station will also link the Elizabeth line with the Central and Jubilee lines.

The station will accommodate nearly 140,000 Elizabeth line passengers daily, contributing to an overall station capacity of 225,000 across the Central , Jubilee and Elizabeth lines.

The opening of the link with the Jubilee line is likely to see a significant change in passenger numbers on the Elizabeth line, as it makes it a lot easier for people in northwest London who commute to Canary Wharf to swap to the Elizabeth line at Bond Street. That’ll reduce the pressure on the Jubilee line in the mornings at Waterloo and London Bridge stations where large crowds can build up during the rush hour.

And likewise reducing crowds at Canary Wharf station in the evening as the Elizabeth line will become more viable as an alternative to the Jubilee line.

The next major stage for the Elizabeth line will be Sunday 6th November, when the line starts opening regularly on Sundays, and will start offering through running between Shenfield and Paddington, and between Abbey Wood and Reading/Heathrow.

The final timetable, bringing full end-to-end journeys and up to 24 trains per hour during the peak between Paddington and Whitechapel, is on track to be in place by May 2023.

The Mayor of London, Sadiq Khan, said: “Millions have already travelled on the Elizabeth line, and the opening of a station at Bond Street will help draw people back on to our world-class public transport network, encourage people to make the most of the capital and support businesses across the city. It will also provide a new link to one of the busiest shopping districts in Europe as retailers anticipate the ‘golden quarter’ ahead of the festive period.”

Three artworks by British artist Darren Almond have been permanently installed in Bond Street station as part of the Art programme of the Elizabeth Line. The artworks, ‘Horizon Line’, ‘Shadow Line’ and ‘Time Line’ are cast in bronze and aluminium in the same vernacular as the nameplates that historically used to adorn British locomotives. In keeping with this lineage these sculptures where hand cast and polished by the same heritage sign company that over saw many of the network’s locomotives.

Art along the Elizabeth line was partly funded by the City of London, with each station’s art then co-funded by a local partner. At Bond Street, the art was co-funded by Selfridges.

This Week at APSU: Busy week to include Latinx Heritage Month...