Cricket’s international players’ union will back any player who opts out of a sponsor engagement at the T20 World Cup amid questions over the ICC’s player-of-the-match award.

The issue of association between players and sponsors has risen to the fore in recent days, following Pat Cummins’s withdrawal from Alinta Energy ads and Netball Australia’s Hancock Prospecting deal.

The ICC has also announced Saudi Arabian state-owned oil company Aramco as a global partner and sponsor of player-of-the-match awards in World Cups, beginning with the men’s T20 event in Australia.

This has been met with some opposition given question marks over environmental sustainability and the Saudi government’s human rights record.

It’s believed the Federation of International Cricketers’ Associations (FICA) were consulted before the sponsorship announcement, but will back any player to express their views on it. 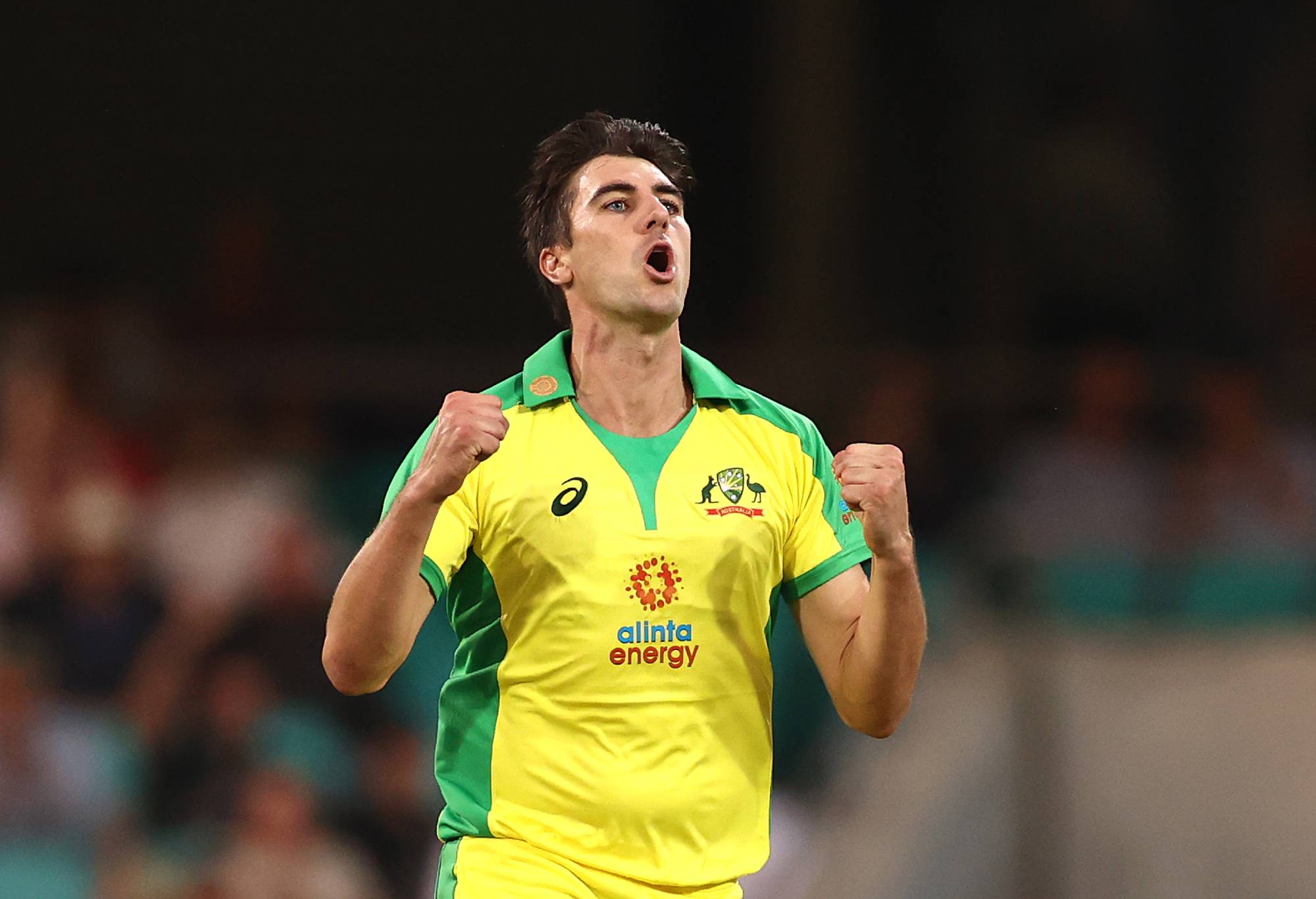 “Our focus at present is on agreeing the foundations of the relationship between players collectively and the ICC at a global level,” FICA CEO Tom Moffat said.

“That’s including on the various global employment and regulatory issues that impact players and ensure cricket aligns with the global best practice.

“Part of our proposal includes a framework for dialogue on how cricket approaches human rights responsibilities.

“In the meantime if individual players do not want to be associated with a particular sponsor, we would support that.”

Aramco is also a sponsor of the player-of-the-match award in the IPL, where several prominent players have accepted cheques with the company’s name on it.

However there is a feeling the events of recent days, as well as the current spotlight on Aramco’s sponsorship, will prompt players to be more aware of individual sponsors’ backgrounds.

AAP has also been told that the ICC will not sanction players sitting out player-of-the-match award presentations if it went against their own beliefs.

ICC practice however dictates that beside an on-screen graphic and fan vote, there is no sponsor logo or name on the physical award.

Australia spinner Adam Zampa, who is one of cricket’s most progressive players through his vegan lifestyle, steered clear of saying if he would accept an Aramco award this World Cup when asked on Tuesday.

“It’s a good question … we don’t live in a perfect world,” Zampa said. “The fact there is some conversations starting about it already (is good), but it’s going to be a steep learning curve for everyone.”

Regardless, he said Cummins’ positioning had represented a step forward for the sport and the players’ desire to act as role models while balancing financials.

“There has to be a collaborative approach between players, CA and sponsors,” he said. “I have obviously got some personal views about some sponsors we have at the moment, but the fact Pat has started that conversation is great.”

The Aramco situation is likely to remain an issue at next year’s women’s T20 World Cup, while the sponsorship lasts until after the 2023 men’s 50-over tournament.

The ICC claim they can attempt to drive change through sponsorship partnerships and their own steps towards sustainability in cricket. Saudi Arabia fielded their first women’s cricket team in five T20s earlier this year, while the ICC has assisted in setting up female participation programs.

Adam Zampa will prepare for the Twenty20 World Cup by bowling with water-soaked cricket balls, hopeful the weather that threatens the tournament can end up helping his bowling.

Persistent rain is forecast for Australia’s opener against New Zealand on Saturday night in Sydney, with the wet weather a looming threat for several key Super 12 games.

Sunday’s sold-out blockbuster at the MCG between Pakistan and India is another match facing the threat of rain, with downpours forecast on the east coast for the next week.

Traditionally, wet weather and slippery surfaces caused by dew are known to make life tricky for spinners by making the ball harder to grip.

But Zampa has long adopted the practice of dipping balls in buckets of water at training to ensure he is well-accustomed to bowling in wet conditions.

“It feels like every time we are at the SCG we’re looking for the rain to come because it always seems that way. It will be in the preparation for me,” Zampa said on Wednesday. 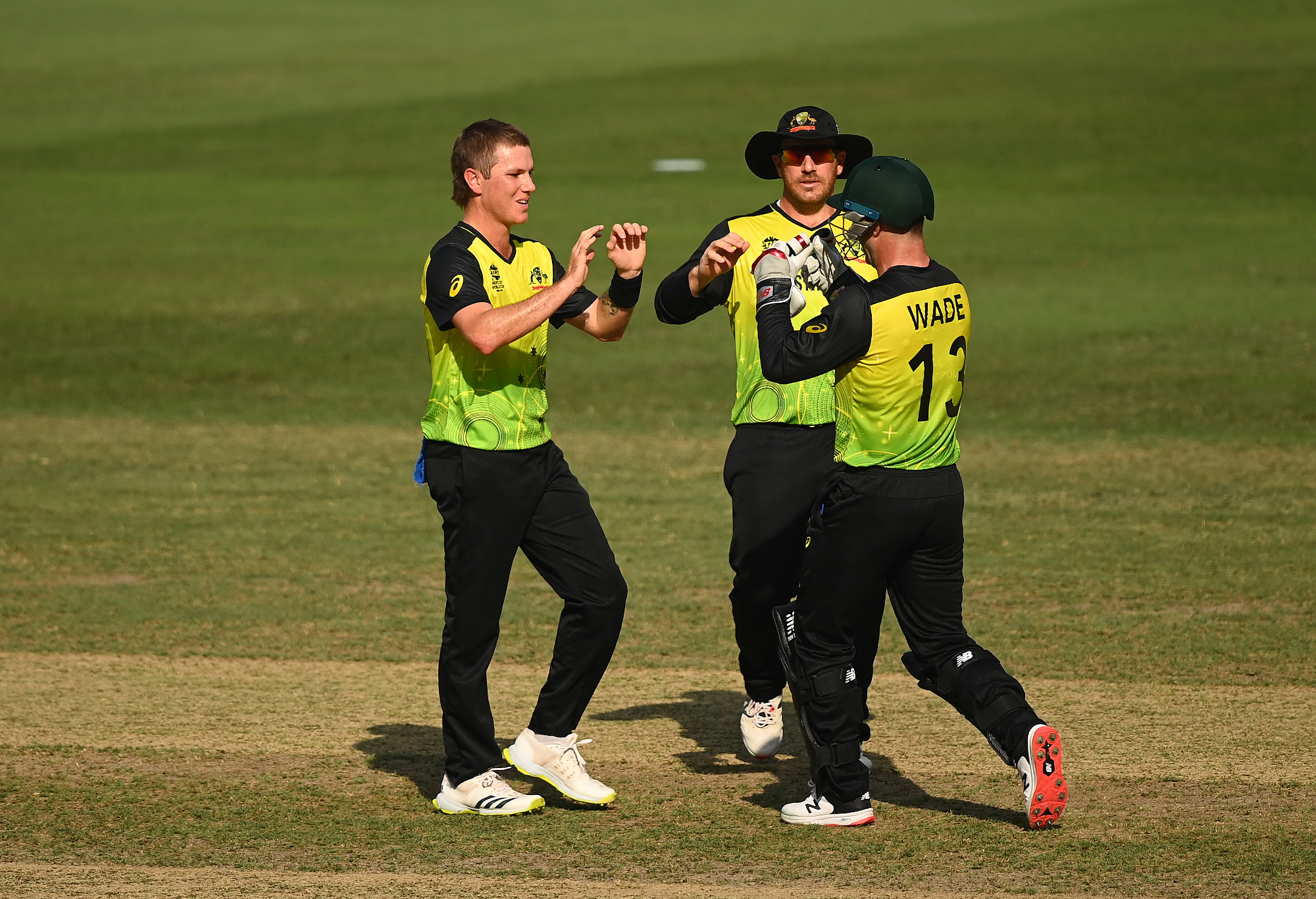 “I usually have a bucket or something I drop the ball into to prepare for that.

“I’ve been doing that for a long time. We play so much cricket now under lights, and a lot of the places we travel to as soon as you bowl second the dew really kicks in.

“We saw it last year in the World Cup, so basically every time you bowl second in T20 cricket you are bowling with a wet ball.

“It’s really important to prepare for that.”

Zampa was hopeful that wet weather on Saturday could help his game, with so much rain in the lead up to the tournament ruining any chance of a dry, spinning SCG deck.

“If there is a bit of juice in the wicket it will help the spinners,” he said.

“We haven’t had a summer for a long time now where there has been so much sun that the wickets have been dry enough to spin.

“So as a spinner, if there is a bit of juice in the deck you almost hope for that.”

The 30-year-old was arguably Australia’s best player in last year’s T20 World Cup success in the UAE, taking 13 wickets at 12.07 and going at less than six per over.

He will adopt a different approach on Australian wickets, but remains confident his knowledge of ground sizes and pitches will give him an advantage over other turners.

“I understand where to try and get guys to hit,” Zampa said.

“The difference in Dubai was to try and probably go under the bat a bit more. It’s a little bit slower and spins.

Tim Paine was not needed with the bat as a Caleb Jewell-inspired Tasmania cruised to a seven-wicket victory in their Sheffield Shield clash with South Australia at Adelaide Oval.

Paine, who scored just two in the first innings, was due to come in next.

The former Test skipper has now played two Shield matches since his high-profile return to the Tasmanian set-up, for returns of six, 29no and two.

Ward fell on the sixth ball of day four when he edged Wes Agar (1-78) behind.

Jake Carder took an excellent diving catch while running with the flight of the ball to remove Doran, and McDermott fell a short time before lunch.

Jewell dug in to ensure there would be no late wobbles, with the 25-year-old notching his century in fine style by pulling Agar for six.

Veteran paceman Peter Siddle was crucial in Tasmania’s victory, returning the excellent figures of 4-51 and 4-45.

Tasmania’s win marked a huge turn around from their season-opening flop, when they lost to Queensland by an innings and 172 runs.

These Trends Used to Be “Dated” But They’re Set to Be...

5 things to know this Tuesday, December 6

New Louisiana laws in effect in 2023