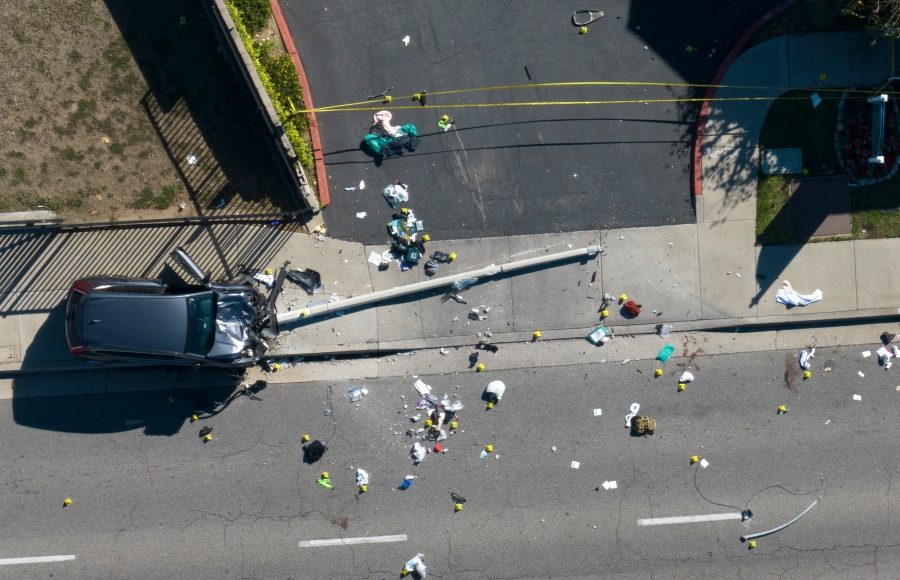 Investigators are working to compile more evidence to prove that 22-year-old Nicholas Gutierrez purposely drove his car — upward of 40 mph — into a group of 75 jogging law enforcement recruits.

Gutierrez was charged with attempted murder of a peace officer, and other charges are still pending, the LA County Sheriff’s Department said.

Bond was set at $2 million, but according to Sgt. Magos with LASD, Gutierrez was released from custody Thursday evening, citing California penal code 849(B)(1), which authorizes peace officers to release arrested persons from custody due to insufficient grounds to file a complaint against that person, NewsNation affiliate KTLA said.

The LAPD didn’t have enough evidence to keep Gutierrez in police custody.

“We operate under prosecutor George Gascón. We definitely have grave concerns about his ability to prosecute. We are actually going to provisionally release him (Gutierrez) until we can have the case iron clad, iron proof, and submitted to the DA for filing consideration. Right now, we want to tie up all the loose ends on the case and then present it to the DA,” LA County Sheriff Alex Villanueva said.

He added: “We already had probable cause to arrest, but now we have to take it to beyond unreasonable doubt in the proof in court.”

However, Villanueva did confirm with NewsNation that investigators believe the crash that sent 25 recruits to the hospital was deliberate.

“They went through an exhaustive interview process with everyone involved, with the video surveillance, statements from the recruits, the physical evidence they have, and what they got from the suspect himself, and they were able to form the opinion that this was a deliberate act,” Villanueva said.

Gutierrez’s field sobriety test and Breathalyzer came back negative; however, marijuana was found in the car, KTLA reported.

The driver suffered only minor injuries.

Villanueva said there are only two recruits still in critical condition, fighting for their lives. One of the recruits is on life support with serious brain bleeding and swelling — which is the biggest concern — and both recruits suffer from multiple leg fractures, he said.

“It was a bedlam, chaos, you know, there were bodies everywhere, bones sticking out and bleeding profusely. It was a pretty traumatic scene,” Villanueva said. “In fact, the paramedics that were there had never seen something of that scale. It was almost like an airplane accident, but everyone was alive, thankfully.”

An investigation into this incident is still ongoing.

NewsNation’s Sean Noone and NewsNation affiliate KTLA contributed to this report.

NBA Finals Game 6 Preview: What’s at Stake for Boston and...