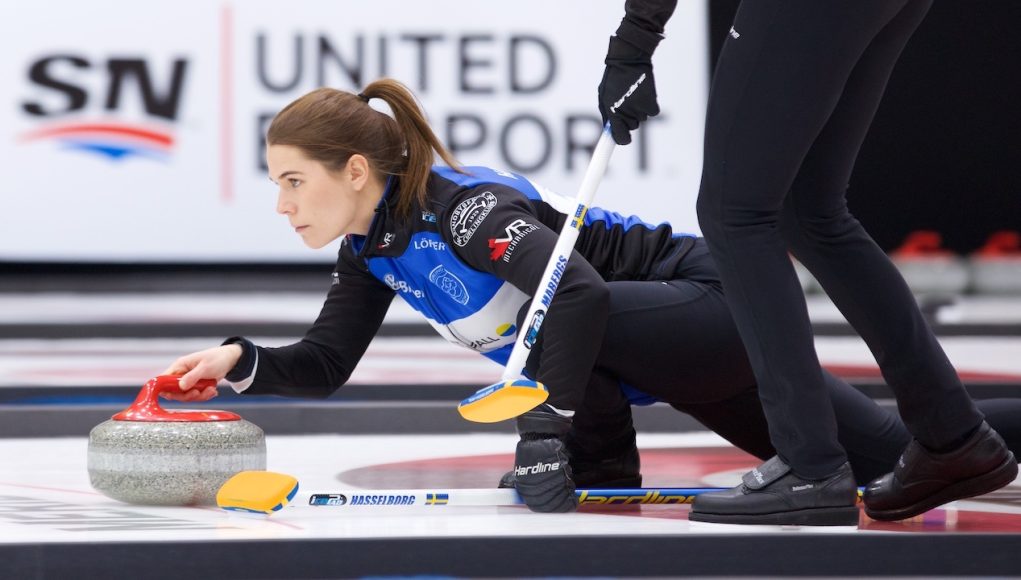 Both clubs were the first in the men’s division to qualify for the playoffs, undefeated at 3-0 through the A-side of the triple knockout preliminary round.

It’s the first event since late October for Edin, who underwent surgery after sustaining a knee injury while warming up for the HearingLife Tour Challenge semifinals.

The reigning world and Olympic champion has returned to form and shot a practically perfect 98 per cent against Gushue.

“I’ve been pretty bored, not going to lie, to not be able to play in the middle of the season,” Edin said earlier in the week. “I’ve done a lot of surgeries and stuff before but it’s always been planned in May, so you can recover during the summer and plan for a comeback.

“This time I’ve just been waiting and hoping for it to heal fast enough. I’m glad it has though, it could have been worse, so I’m super happy to be back and playing already.”

Both teams barely missed a shot with Team Edin firing at a 96 per cent clip overall and Team Gushue not far behind at 94 per cent. The 14-time Grand Slam champion Gushue just couldn’t generate enough offence — limited to three singles in ends two, four and six — while Edin was able to score a deuce in the third and a three-ender in the fifth while adding an insurance point in the seventh.

Meanwhile, the lack of hammer to start didn’t faze Bottcher, who stole back-to-back points in the second and third ends to open the scoring. That proved to be the difference as the teams traded singles in the fourth and sixth ends and Dropkin was held to just one point again in the seventh. Bottcher, whose team threw an outstanding 97 per cent as a unit, drew to secure the victory in the eighth end.

While Edin and Bottcher are now off until Saturday’s quarterfinals, Gushue and Dropkin dropped into the B-qualifiers with 2-1 records and still have at least two more chances Friday to advance.

Elsewhere, Winnipeg’s Team Reid Carruthers and Team Tanner Horgan from Sudbury, Ont., are hanging tough in the C-side after picking up their first wins. Carruthers ousted Saskatoon’s Team Colton Flasch 7-5 and Horgan solved Team Wouter Gösgens from the Netherlands 8-6 in an extra end.

Carruthers and Horgan aren’t in the clear at 1-2 records as they must win twice Friday while facing elimination.

NOTES: The Co-op Canadian Open is the fourth event of the Pinty’s Grand Slam of Curling season with 16 of the top men’s teams and 16 of the top women’s teams from around the world at Encana Arena. … Triple knockout action runs through to Saturday morning. … The quarterfinals are scheduled for Saturday afternoon followed by the semifinals in the evening. Both finals are set for Sunday.

Dunstone bounces back into win column at Co-op Canadian Open

Adele Has Her Say On Engagement Rumours As She Admit She’s...