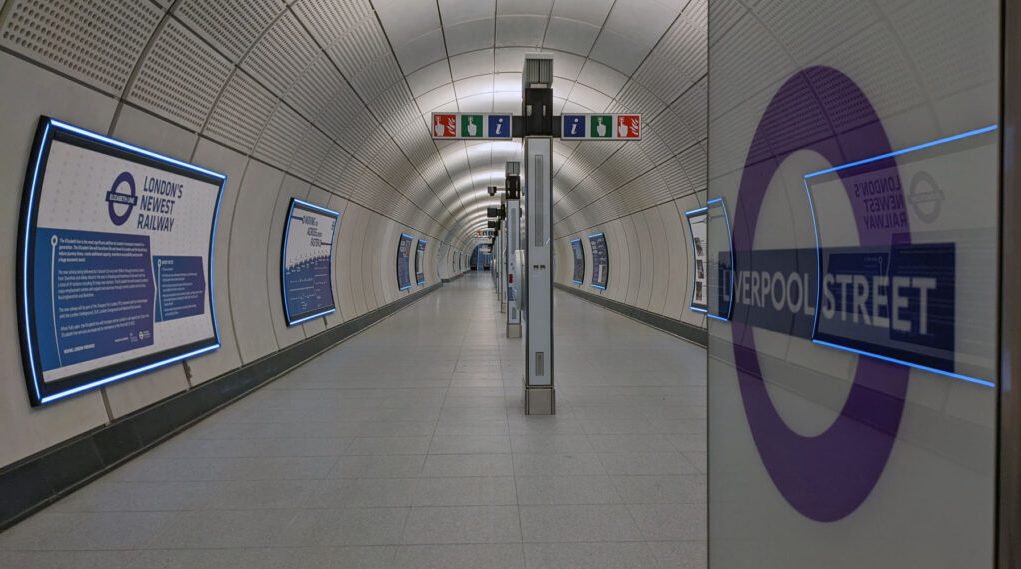 The Elizabeth line’s next upgrade will come into effect from Sunday 6th November, as the line introduces direct services between Shenfield and Paddington, and between Abbey Wood and Reading/Heathrow. In addition, although no specific date has been announced, TfL has confirmed that Bond Street station will open “by November”.

Ahead of the autumn changes, the Abbey Wood to Paddington service on the Elizabeth line will start to open an hour earlier in the mornings, starting from 5:30am instead of the current 6:30am opening time. The core tunnels will continue to close at 11pm. 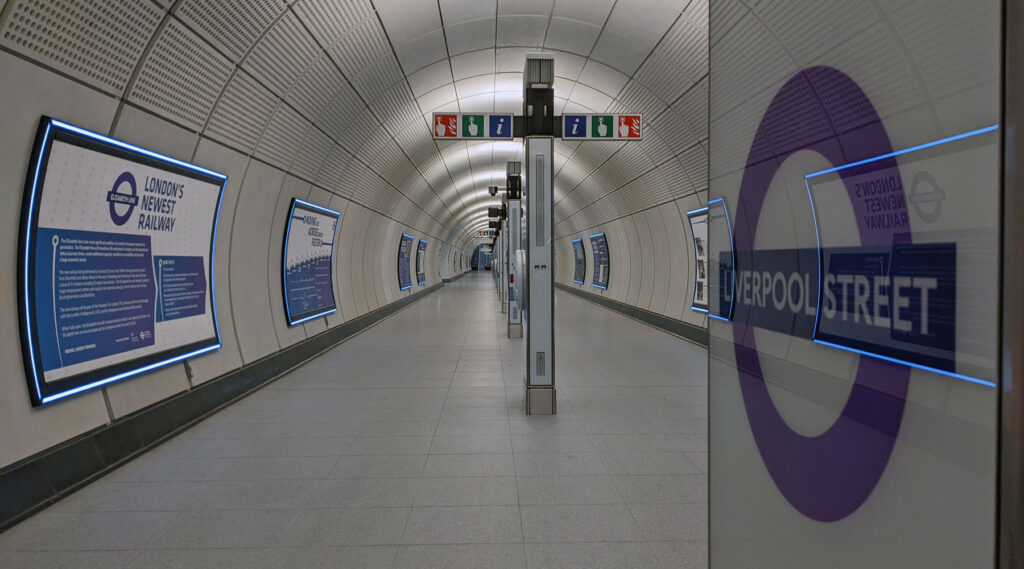 When the core section of the Elizabeth line opened earlier this year, it was the first of a three-stage opening plan.

At the moment, there are in effect three separate Elizabeth line services, as was always intended to happen when the core tunnels opened.

Last year, they changed how the next two upgrades would be carried out, which will bring the complete line into service a bit quicker than originally expected.

Phase two of the opening will see the line shrink from three services to two services.

It had been suspected that the second phase would come into effect in early November, as there’s a full closure of the line on 29th-30th October for the final preparations to be made. The second phase is now showing as opening on Sunday 6th November, and the new service routing is already showing up on Real Time Trains.

The second phase (officially Crossrail stage 5b) of the Elizabeth line will see the Abbey Wood to Paddington service extended out to Reading and Heathrow Airport. In addition, the Shenfield to Liverpool Street service will be extended to Paddington.

The core tunnel train frequency between Paddington and Whitechapel will rise from 12 trains an hour to 22 trains an hour in the rush hour, and 16 trains per hour off-peak. The line, which currently runs from Monday to Saturday will also open on Sundays, becoming a full seven day a week service.

(Note that although the line opens on Sunday 6th November, TfL’s website is showing no service between Whitechapel and Shenfield on the following Saturday, 12th November. TfL giveth, and TfL taketh away)

Andy Byford, London’s Transport Commissioner, said: “When we delivered on our promise to open the central section of the Elizabeth line in the first half of this year, I further promised that Bond Street station would open this autumn and that the next phase of the line opening would also be achieved within that timeframe. I am excited to see the Elizabeth line unlock quicker and better journey options, greater accessibility, and further connectivity to jobs and leisure for even more people. This will be another giant leap for London’s public transport system, which supports economic growth in the capital and right across the country.”

The final phase, the completion of the Elizabeth line is scheduled to take place in May 2023, to align with National Rail timetable changes. That will also see the core tunnels service increase to 24 trains per hour in rush hours, and Shenfield to Reading/Heathrow services introduced, creating a single Elizabeth line.

The post Elizabeth line to run through Paddington and Liverpool Street from November appeared first on ianVisits.

7 Iconic Eyeliners and the 7 Affordable Dupes You’ll Love Even...

A ‘relieved’ Emma Raducanu is back swinging freely ahead of US...