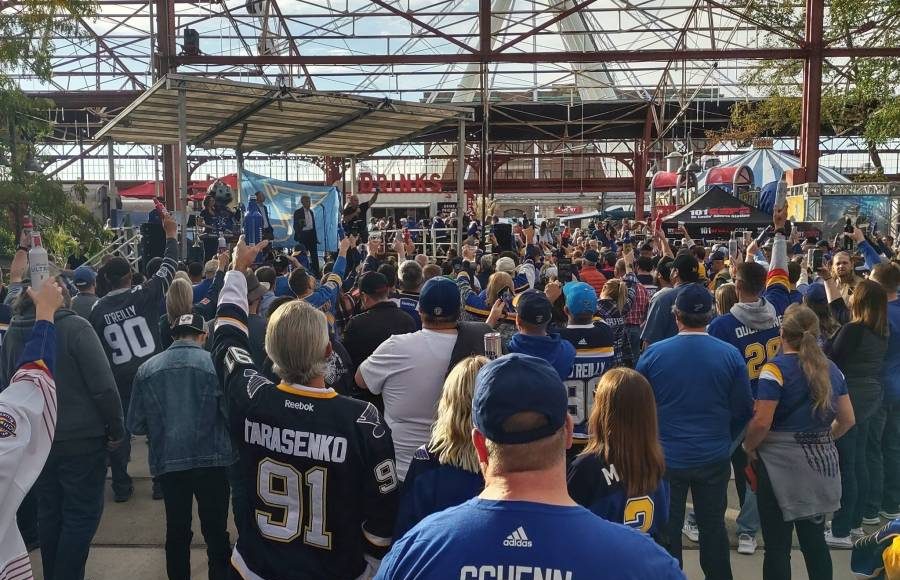 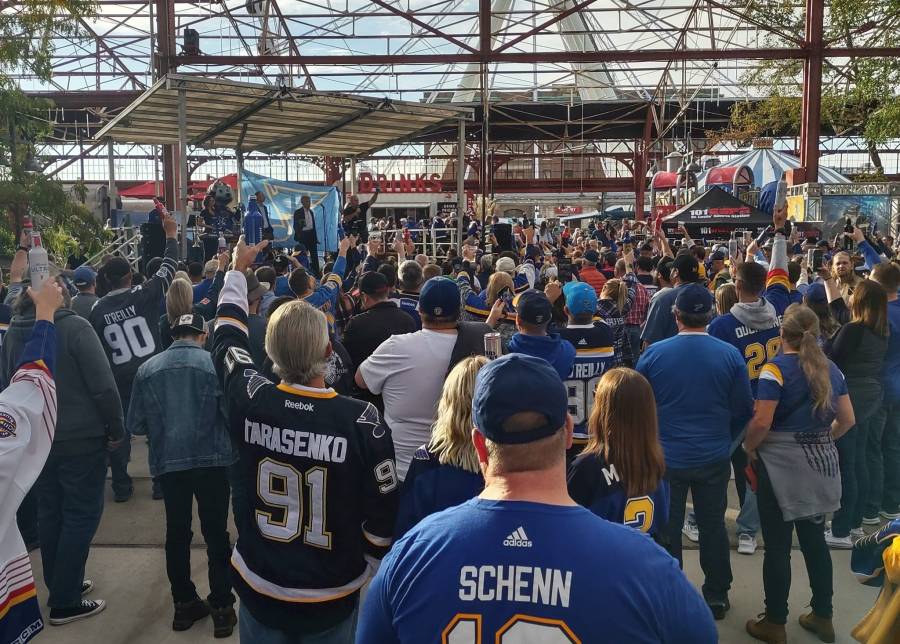 ST. LOUIS – It’s officially hockey season in St. Louis, and the Blues kicked off the new campaign Saturday with a 5-2 win over the Columbus Blue Jackets.

The day began with many fans packing Union Station for a rally. Thousands enjoyed the nice weather outdoors, along with a live band and Blues staff appearances. Fans showed up in style from their heads to their toes.

“I got my Robert Thomas jersey of course, hat that we made at home, got the yellow shoes to match the yellow in the jersey,” said Riley Mitchell.

“Can’t compare it to anything. I’ve been to the Cardinals home opener, nothing compares to it. It’s just the excitement, the fans really get into it. It’s really an awesome experience,” said Tony Sztukowski.

Fans started the season at Union Station with live music to set the mood before heading to Enterprise Center. That included a cover of popular-2019 Stanley Cup ride anthem “Gloria” from Laura Branigan.

Inside the arena, they said the feeling is hard to describe.

“It’s incredible. It’s one of my favorite things in the world, just like the community that you feel with everybody in there. When someone scores a goal and everybody jumps up and screams and goes crazy, it’s just a feeling like no other,” said Mitchell.

Fans of all ages were out for the home opener. One fan said she has been to many Blues games, but this was the first home opener for her.

“It’s just edge of your seat you know and you’re ready to pop up because they scored. Some of them saves that Binnington makes, oh man, they’re unreal. So yeah, I’m just pumped, I’m ready,” said Kathy Bryan.

New fans and life-loyal ones are hoping to see a big season.

“I think we might go all the way. I think Robert Thomas is going to score a bunch of points. Yeah good things, only good things,” said Mitchell.

Around 18,000 fans were expected at Saturday’s season opener at the Enterprise Center.

Western Mustangs run away from Guelph in season opener