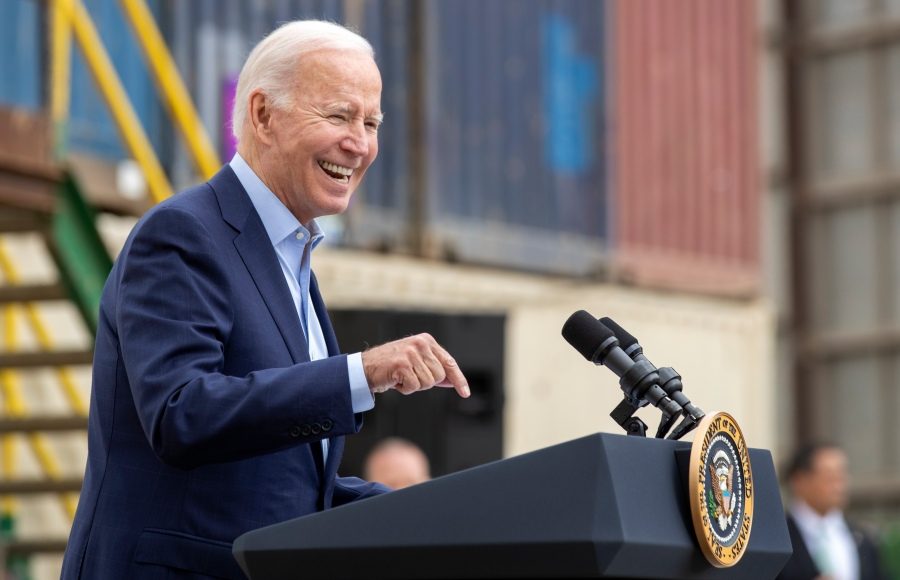 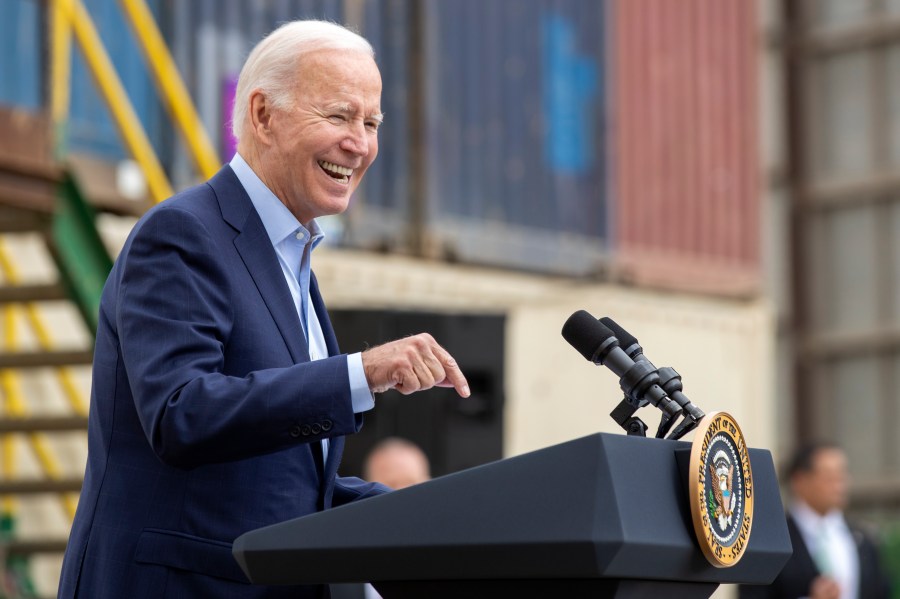 WASHINGTON (AP) — This year’s midterm elections are playing out as a strange continuation of the last presidential race — and a potential preview of the next one.

Donald Trump, who refused to exit the stage after his defeat, has spent months raging against Joe Biden, reshaping downballot campaigns that normally function as a straightforward referendum on the incumbent president.

The result is an episode of political shadowboxing with little precedent, as the current president and his immediate predecessor — and possible future challenger — crisscross the country in support of their party’s candidates.

Trump has been holding raucous rallies in battleground states, where he alternates between touting his handpicked candidates and denouncing his enemies. He belittles and excoriates Biden while lying, as he did in Ohio last month, that “we didn’t lose” the last election.

Biden has so far steered clear of some of the tightest midterm races, instead focusing on fundraisers and official events where he draws contrasts between Democratic and Republican policy agendas. He often avoids direct references to “the last guy,” but on Saturday in Oregon, Biden warned that “Trump controls the Republican Party.”

Sometimes the two men travel to the same places, such as when they visited Wilkes-Barre, Pennsylvania, within days of each other, a reflection of the narrow political map that will determine which party controls the U.S. Senate.

“It’s remarkably unusual,” said Jeffrey Engel, founding director of the Center for Presidential History at Southern Methodist University, who strained to think of any comparison in previous election cycles.

“Without exception, since the Great Depression” — Republican Herbert Hoover tried to plot a path back to power despite losing to Democrat Franklin Delano Roosevelt in 1932 — “we have not had a former president who believed they still had a viable political career ahead of them,” he said.

Neither Trump nor Biden has formally announced they will run again. Trump has come close to declaring his candidacy, and Biden has said he intends to seek a second term.

If they face off again, the competition between them could become one of the longest and impactful political duels in American history, spanning several years and multiple elections.

Voters seem to have little appetite for a rematch.

A recent AP-NORC poll shows only about 3 in 10 Americans want either Biden or Trump to run for president in two years. Just 5 in 10 Democrats want Biden to seek a second term, while 6 out of 10 Republicans hope to see Trump seek the presidency again.

Engel said another battle between Biden and Trump would likely prove dispiriting.

“What that fundamentally means is our country is not moving forward,” he said. “I have not met anybody who relishes that campaign.”

However, it’s clear that both men see their fortunes tied to the other.

When CNN’s Jake Tapper asked Biden whether he’s the only one who could fend off his predecessor in another campaign, the president sidestepped the question but expressed confidence about his chances.

“I believe I can beat Donald Trump again,” he said.

Trump would take issue with the use of the word “again” — he continues to spread the lie that Biden only took office through voter fraud.

It’s an integral part of Trump’s political message, and he never fails to bring it up at rallies for Republican candidates who have endorsed his false views on the last election. Sometimes the rhetoric dives even deeper into conspiracies, a reminder that another campaign could represent an even sharper break with reality.

In Arizona, during his most recent rally, Trump darkly suggested that Biden is surrounded by “vicious, very smart people” who are “pulling strings.”

“No one thought this could happen in our country, and it all happened because of a rigged and stolen election,” he said.

The former president has also tightened his embrace of the QAnon conspiracy theory, which portrays Trump as battling sinister, hidden forces.

Using his Truth Social platform, Trump shared an image of himself wearing a Q lapel pin overlaid with the words “The Storm is Coming,” referencing his eventual victory over opponents who would be tried — or even executed — on live television.

People close to Trump have said they believe a strong performance by Republicans in November will further encourage Trump to run again in two years, as he has been openly teasing for months.

In addition to his rallies, which earn candidates local media attention and fire up the Republican base, Trump has been helping candidates in other ways, holding fundraisers and tele-rally calls on their behalf. Most significantly, last week, his new super PAC, MAGA Inc., reserved nearly $5 million in airtime for ads in key states attacking the opponents of his favored candidates.

The first round of ads from the group notably do not feature Trump or even mention his name. Republicans have expressed frustration that Trump was hoarding small-dollar donations for himself and refusing to help the candidates he had pushed voters to nominate, despite sitting on an enormous war chest.

But Mike DuHaime, a longtime Republican strategist, isn’t sure the outcome of the midterms will make a difference in Trump’s plans for the next presidential race.

“He’ll take credit for every win and deflect blame for every loss,” he said.

Trump has claimed, as he did in Pennsylvania last month, that the midterms are “a referendum on the corruption and extremism of Joe Biden and the radical Democrat party.”

But DuHaime said Trump has prevented that from happening by injecting himself into this year’s races, providing a boost to Biden, whose poll numbers remain underwater as voters express concerns about the economy.

“Trump is no ordinary president, nor did he really seem to care about the party,” he said. “He seems to care about himself more than the party that put him in office.”

Biden’s circle has a similar view. An adviser, speaking on the condition of anonymity to discuss internal conversations, said those around Biden see the midterms as having become more of a choice than a referendum. Trump’s presence on the trail, the adviser said, is seen as helping make Democratic points for them.

Celinda Lake, a Democratic pollster, said the only thing more helpful would be if Trump announced another presidential campaign.

“He’s getting dangerously close to that,” she said.

Biden has deferred any announcement about his own candidacy until after Election Day, keeping his focus on the midterms.

Like other incumbent presidents in an election year, Biden has blended his political and governmental duties as voting begins.

He stopped in Colorado on Wednesday to designate the first national monument of his administration, fulfilling the wishes of the state’s senior Democratic senator, Michael Bennett, who is seeking reelection this year. Although Bennett is favored to win, he’s facing a concerted challenge from Joe O’Dea, a Republican businessman.

For more information on the midterm elections, go to: https://apnews.com/hub/2022-midterm-elections