Teachbytes
Home Politics Four ways Liz Truss could be ousted – and the favourites to... 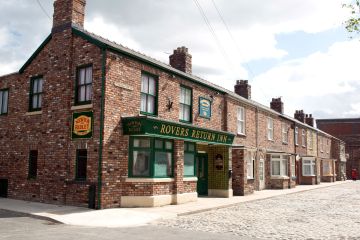 A FLOOD of Tory MPs are now demanding Liz Truss resigns following weeks of chaos that climaxed in an extraordinary 24 hours that left her authority in tatters.

At least 14 rebels have publicly called for her to go, while many more privately admit the game is up and want her to quit.

Liz Truss is battling to survive a Tory rebellion[/caption]

But despite the groundswell of despair the mutineers are still unsure of the best way to oust her.

It is incredibly tough to prize out a sitting Tory PM who does not want to quit, especially one who has only just been elected.

Under the rules of the 1922 committee, Ms Truss is immune from a leadership challenge for the first 12 months of her premiership.

So what options do the plotters have to get rid.

Enough angry Tory MPs could go public with their concerns that Ms Truss could decide to chuck in the towel.

Her tax-cutting agenda in tatters and her authority shot, she may decide for herself it is not worth carrying on.

More likely, a “council of elders” comprised of veteran Tory MPs and led by shop steward Sir Graham Brady tells Ms Truss she has lost all support and should now go.

The PM in turn agrees to a “dignified exit” and goes down in history as Britain’s shortest serving premier.

If Tory MPs bombard Sir Graham with enough letters declaring no confidence in the PM, he could change the rules and expose her to a leadership vote.

This “tipping point” is currently unclear. There are some suggestions Sir Graham could act if half or even a third of MPs sent in letters.

One 1922 executive member blasted speculation as “pure conjecture based on zero evidence”.

But most Tories do expect Sir Graham to adjust the rules if the dam bursts and hundreds of MPs declare no confidence.

If a vote in Ms Truss’ leadership is called, she would likely lose and be forced to quit as PM.

Tories would then likely scramble to stitch-up the accession rules to cut out rank-and-file members, preventing more months of another leadership election.

The Cabinet could choose to take matters into their own hands and tell her the game is up.

No PM can survive without their top team, and if enough senior Ministers ordered her to step aside, she would be left with little choice but to go.

Margaret Thatcher was defenestrated in this way despite her determination to cling on to power.

The resignations of Rishi Sunak and Sajid Javid also triggered the mass of ministerial resignations that did for Boris Johnson.

With her back against the wall, Truss could use the nuclear option and go to the country.

It is highly unlikely the Tory party would even let her, but if they did all polls suggest she would go down to a crashing defeat.

And who could replace her?

Tories are currently fighting over who would replace Liz Truss in office. RYAN SABEY looks over their options.

1.  Ex-Chancellor Rishi Sunak picked up the most support amongst Tory MPs  in the initial stages of the leadership race for  his handling of the economy especially through the pandemic.

But members didn’t back his bid believing he stabbed Boris Johnson in the back with a dramatic resignation triggering his downfall.

2.  Defence Secretary Ben Wallace didn’t put himself forward as a candidate in the recent contest but Tory MPs see him as competent and a safe pair of hands.

The former Scots Guards infantryman completed two operational tours of Northern Ireland before he started his political career as a Member of the Scottish Parliament then became an MP in 2005.

3. Jeremy Hunt ruled out standing again as party leader having lost to Boris Johnson in 2019 and only secured 18 votes when he stood this year.

Vastly experienced having served at Culture, Health and at the Foreign Office.

But remains divisive in the party due to backing Remain in the Brexit vote.

Coronation Street legend to dramatically return to the cobbles after 12yrs

But the ex-Defence Secretary  came under fire at the party conference for saying it ‘makes sense’ to raise benefits in line with inflation  rather than wages.

Will Eagles Beat Cowboys on Christmas Eve? Here’s the Predictions

‘At a loss for words’: Senators dismayed at ’embarrassing’ blowout loss...