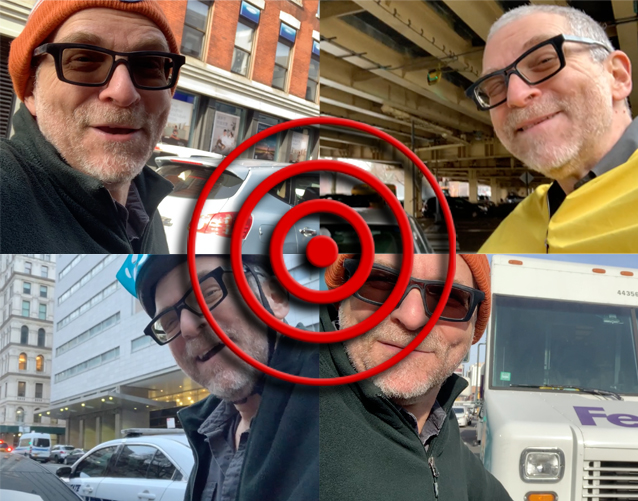 Our editor, Gersh Kuntzman, has been doing his video series about defaced plates for about two weeks now (archived on the bird site here), but he only received his first threatening, blocked ID phone call on Thursday night after posting this video earlier in the day of a firefighter/scofflaw who thought he could get away with something:

I'm sorry, but sometimes you just GOTTA commit criminal mischief against an @fdny firefighter (illegally parked in @NYPD84Pct with an expired placard and a defaced plate). pic.twitter.com/izfhEOTGKo

The call came from a man identifying himself as “we know your phone number” and “we don’t want you to get hurt,” who promptly and aggressively questioned Kuntzman about his loyalties and agenda.

“Why are you going after cops and firefighters, Gersh?” the husky voiced man asked. “They heroes — or are you one of those people who hate cops?”

Kuntzman is not someone who hates anyone, actually, but he detests some people’s behaviors — especially those of selfish people who are so eager to race through school zones at 11 miles per hour or more above the already generous speed limit that they would deface or damage their license plate so that their transgressions might not be recorded by speed cameras legally authorized by our democratically elected legislature.

So he told the man just that — but the caller didn’t want to debate the finer points of the criminal justice system, but merely reiterated his “concern” that Kuntzman is likely to “get hurt” if he persists in his one-man criminal mischief wave.

So Kuntzman posted his latest opus, featuring some bona-fide criminal mischief against an officer from the 84th Precinct:

WORLD EXCLU: This is the CRIMINAL MISCHIEF video that will bring an onslaught of middle-of-the-night harassing phone calls and threats from cops (I've already had 1) because it's absolute CRIMINAL MISCHIEF against an @NYPD84Pct cop who should be punished by @NYPDPC and @NYCMayor pic.twitter.com/saVgNWQOKN

The video above is likely to initiate a new wave of hostile phone calls and threats (Kuntzman’s cellphone number is the worst-kept secret since the identity of the eternal resident of Grant’s Tomb), but his video series will continue until Police Commissioner Keechant Sewell or Mayor Adams take action, not just against their own employees, but against any driver who defaces a plate to avoid being held accountable for endangering the residents of this city.

It’s a good reminder to mention that our December donation drive continues — and we’d like to thank yesterday’s generous contributors: Thanks, Justin! (The rest of you, don’t wait ’til Kuntzman is in a hospital before you start to give!)

“The Vagina Monologues” returns to the Roxy Regional Theatre this Friday,...