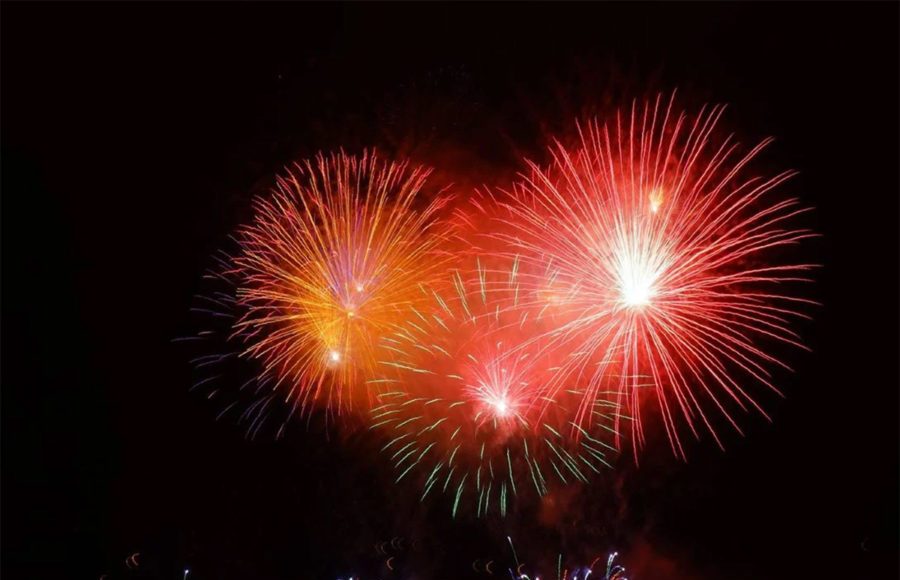 Warm celebrations and cold libations mark New Year’s Eve in the Florida Keys, where the only ice is in our drinks. From Key West to Key Largo, start 2023 where you’re meant to be.

Renowned drag queen Sushi drops in on 2023 inside a giant red, high-heeled show for the 25th year. Seconds before midnight, the elaborately gowned Sushi is lowered from the balcony to the cheering crowd below. Past “Red Shoe Drops” have been featured on CNN. Spectators also can enjoy performances by notable female impersonators and other local and national talents on a street-side stage.

Street viewing of the entertainment and “drop” is free and open to the public.

Party people on lower Duval Street can watch the “drop” of a gigantic manmade conch shell, the symbol of the Florida Keys, to the roof of Sloppy Joe’s Bar. DJ Sanaris hosts the rooftop festivities, and as a huge clock counts down the seconds to midnight, the supersized shell begins to descend. Live music and dancing inside Sloppy Joe’s round out the revelry. No reservations or tickets are taken for the popular outdoor event.

In the Key West Historic Seaport, New Year’s Eve merriment is centered around the Schooner Wharf Bar, and celebrates the island’s colorful seafaring heritage. Just before midnight, a “pirate wench” is lowered from the top of a majestic tall ship’s mast — completing her descent as the clock strikes and cannons boom. The event includes live music, dancing and festivities at the Schooner Wharf.

A huge replica Key lime wedge splashes into a larger-than-life margarita glass on the Sunset Pier at Ocean Key Resort & Spa. The party includes a performance by The Beatle Band.

Havana Jack’s Oceanside Restaurant, 410 East Ocean Drive in Key Colony Beach invites everyone to boogie into the new year with live music from The Lady A Band starting at 4 p.m., along with dinner and drink specials starting at 5 p.m. A DJ spins tunes from 9 p.m. until a complimentary midnight toast. Call for reservations at 305-743-4849.

Hog Heaven Sports Bar & Grill at mile marker 85 oceanside is having a New Year’s Eve party with live music by “Ego Free” from 8 p.m. up until their midnight fireworks show. Living up to the bar’s reputation as a top late-night spot in the Upper Keys, DJ Louis keeps the party rocking until 4 a.m. No reservations required.

Keys Island Grill located near Hog Heaven at mile marker 85, is staging a New Year’s Eve Beach Party with live reggae music and a Brazilian Carnival dance show. General admission tickets include entertainment and one glass of wine. Food for purchase, a cash bar and VIP tables are available. Doors open at 8:30 p.m. The Hog Heaven fireworks should be visible from Keys Island Grill’s beach.

Postcard Inn at mile marker 84 oceanside at Holiday Isle, welcomes guests and nonguests with reservations to the New Year’s Eve Party at Raw Bar with tropical cocktails and the “Touch of the Keys” seafood buffet, followed by live music and a DJ for dancing until well after the ball drops. Visit postcardinn.com or call 305-664-2321.

A complete roster of holiday activities and special events throughout the Keys can be viewed at fla-keys.com/calendar/.

The post GET THE ‘DROP’ ON NEW YEAR’S EVE IN THE FLORIDA KEYS appeared first on Florida Keys Weekly Newspapers.