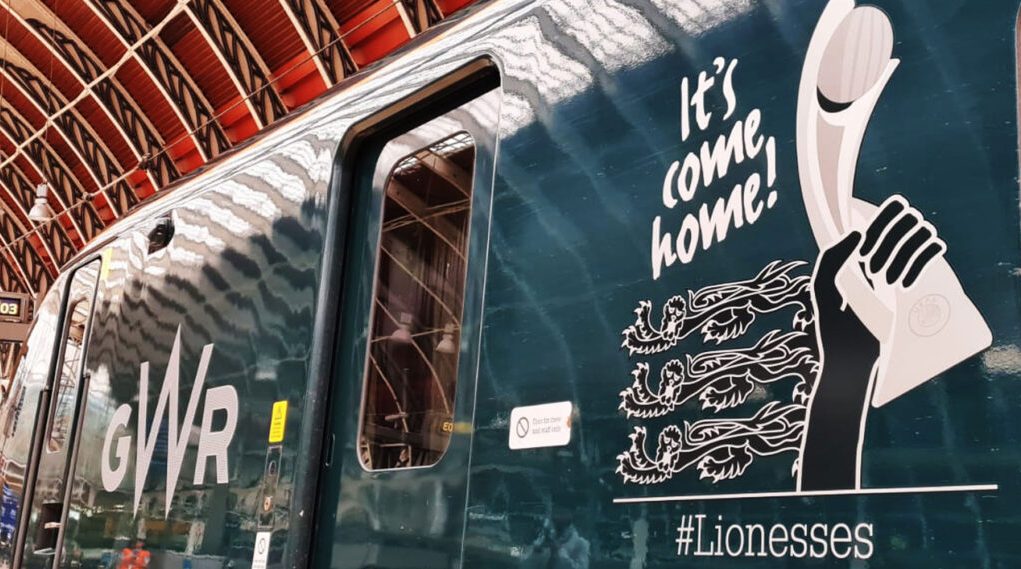 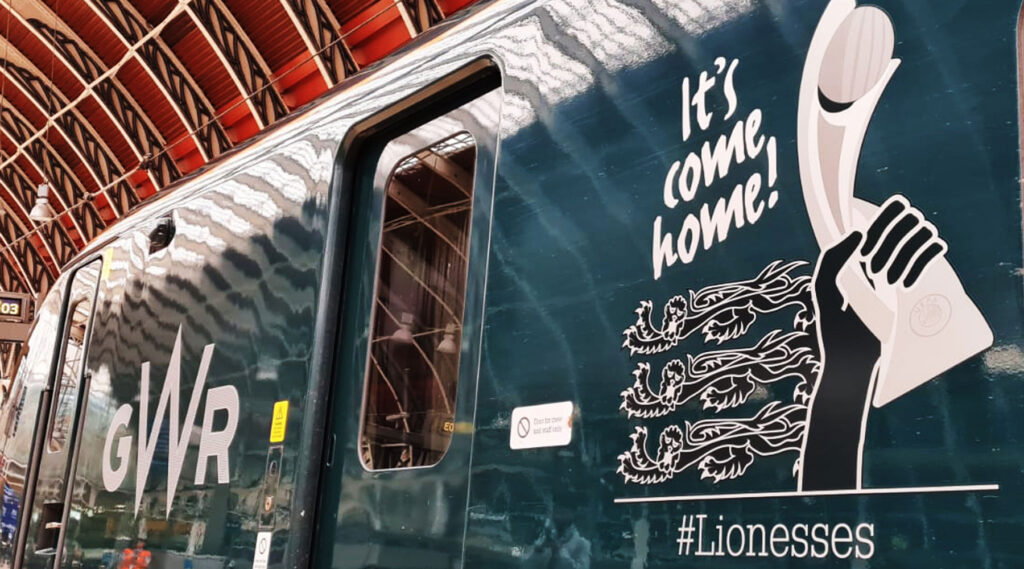 GWR applied the decal to Intercity Express Train 800316 early this morning, while it was standing at Paddington station. It left Paddington at 7:37am after the decoration had been added, to go to the depot, and will return to passenger service later this morning.

GWR Human Resources director Ruth Busby watched the big match with her family last night and was overjoyed by the result. Ruth said: “We at GWR have a long and proud history of celebrating Great Westerners – past and present heroes from across our network – and the Lionesses are truly worthy of recognition for bringing football home in such brilliant style.” 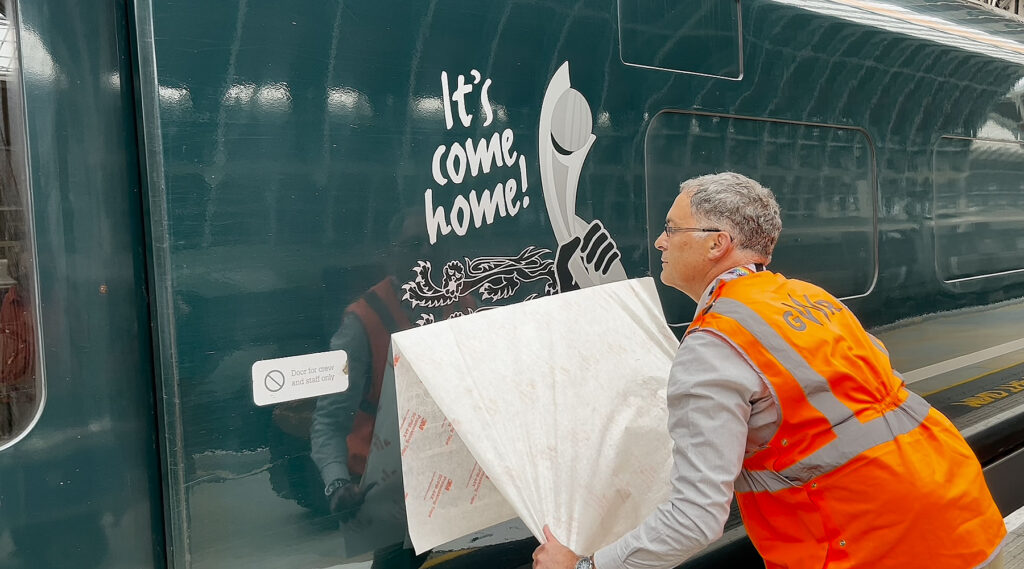 In June GWR added the official Platinum Jubilee Emblem to the side of its Queen Elizabeth II train, 800003, as part of the celebrations to mark Her Majesty’s 70 years on the throne.

Car plows into pedestrians in China, killing at least 5