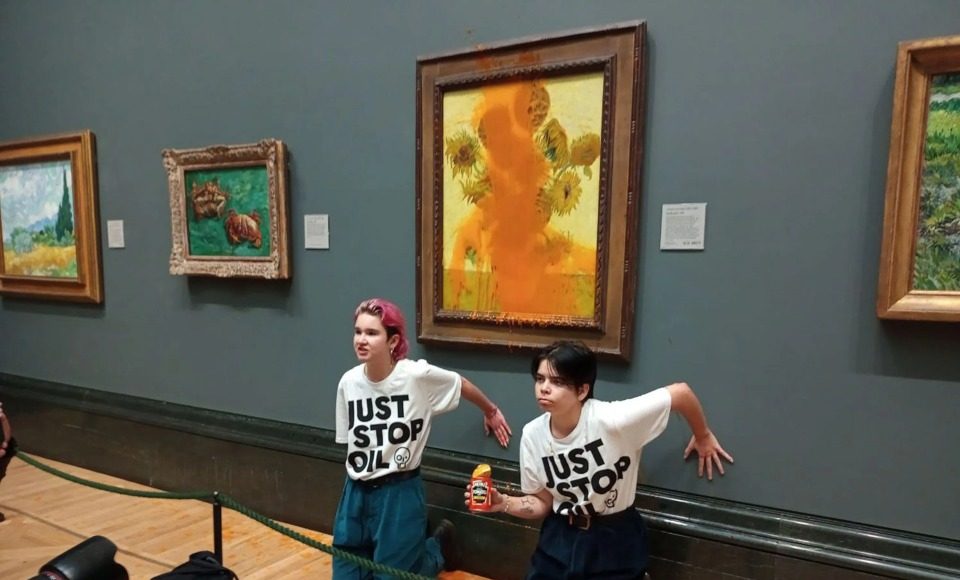 THE Home Secretary has vowed to crack down on “monstrously selfish” eco-protesters who have been causing mayhem and risking lives by blocking roads.

Suella Braverman has announced plans are in place in a bid to stop climate activists holding the public “to ransom”.

Activists glued themselves to the road in London today[/caption]

Suella Braverman said the police will be given new powers[/caption]

The Home Secretary said police will be given new powers to ensure a more proactive approach is taken when it comes to protests.

Just Stop Oil and Extinction Rebellion activists have staged various protests and demonstrations in recent months, causing disruption to commuters and traffic across the country.

With two Just Stop Oil activists – named as Anna Holland, 20, and 21-year-old Phoebe Plummer – gluing themselves to the wall at the National Gallery in London after throwing soup on a Van Gogh painting.

Accusing protesters of draining police resources, Ms Braverman said she will use the Government’s Public Order Bill to allow secretaries of state to apply for injunctions where protests are causing serious disruption or threatening public safety.

Maxwell speaks for first time on her friendships with Clinton & Trump

“Enough is enough. Getting in the way of ambulances, fire engines, and cars carrying babies to hospital isn’t just illegal, it’s monstrously selfish,” she wrote in the Mail on Sunday.

“We have seen so-called protesters stick themselves to trains, glue themselves to roads, dig dangerously unstable tunnels, interfere with newspaper distribution, vandalise property and mess with the fuel supply.

“On Friday Just Stop Oil activists threw soup over Van Gogh’s painting Sunflowers – one of the most celebrated works of art in the world. Who do they think they are?”

Ms Braverman said she would not “bend” to protestors who “hold the British public ransom”.

Most read in News

“Preventing our emergency services from reaching those who desperately need them is indefensible, hideously selfish and in no way in the public interest,” she added.

“This serious and dangerous disruption, let alone the vandalism, is not a freedom of expression, nor a human right. It must stop.”

It comes after more than 350 Just Stop Oil protesters have been arrested in London alone, since the start of October, according to Home Office figures.

The Home Secretary and Mayor of London Sadiq Khan are set to attend a meeting chaired by Chancellor of the Duchy of Lancaster Nadhim Zahawi, where the recent protests are expected to be discussed.

The Home Office said the proposed public order legislation would create a new criminal offence of interfering with infrastructure such as oil refineries, airports, railways and printing presses.

Such an offence would carry a maximum sentence of 12 months in prison, an unlimited fine, or both.

“Locking on” or “going equipped to lock-on” to other people, objects or buildings to cause “serious disruption” could see people imprisoned for six months or hit with an unlimited fine.

And planning and going to cause serious disruption will carry a maximum penalty of three years’ imprisonment.

The Public Order Bill will return to Parliament next week.

Ms Braverman added: “The police need strengthened and tougher powers to match the rise in self-defeating protest tactics and that’s what the Public Order Bill will do.

“It’s high time Parliament got behind it and put the law-abiding majority first.”

ALMA DE ACE HAS LAUNCHED A COLLAB COLLECTION WITH COCA-COLA

Baby With Down Syndrome Mocked for Eating Birthday Cake – Angry...