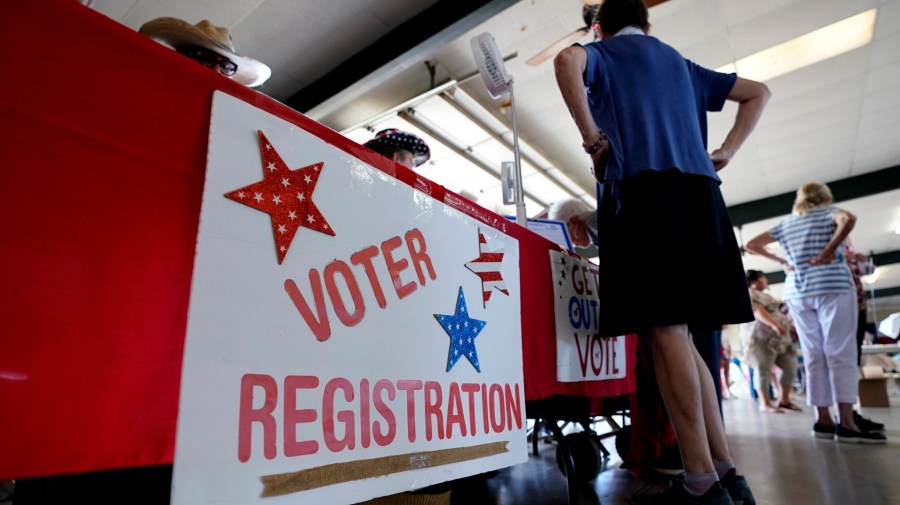 (NewsNation) — The Supreme Court’s decision to overturn Roe v. Wade has left Democrats and Republicans split over how they’ll vote in the upcoming midterm elections.

Thousands of women in Pennsylvania and across the country have registered to vote since the June 24 decision.

Democrats have seen a surge in voter registrations in Pennsylvania among women. Since Roe v. Wade was overturned, 62% of women have registered as Democrats in Pennsylvania, 15% as Republicans — 54% were younger than 25.

Election outcomes in Pennsylvania often come down to suburban middle-class women. The state has had one of the nation’s biggest gender gaps in new registrations, according to Democratic voter data firm Target Smart, which said women have outpaced men by about 12 percentage points in new registrations since June 24.

The surge in female voter registrations comes as voters prepare for a major midterm election.

Lifelong Republicans now plan to vote Democrat. Some Republican women NewsNation spoke to say they will vote for Democrats for the first time ever because they fear abortion rights could be taken away.

“Honestly, I am a Republican woman. But I feel like some things have changed recently that I would vote Democrat because of that,” one female Pennsylvania voter told NewsNation.

Meanwhile, pro-life advocates are going door-to-door canvassing areas around Pennsylvania. They say some of the voters they talk to don’t understand what the candidates really support.

“What they are not understanding is there are candidates running that want abortion up until birth. They want it paid for by taxpayers, and they want it on demand,” said Marlene Downing, Pennsylvania deputy field director of Susan B. Anthony Pro-Life America. “That is not something they want. What is happening is the education piece is missing from their decision, which is the reason why we go door to door and we talk to people about these issues.”

It is a divisive issue, but door knockers on both sides told NewsNation they’re discussing abortion with women — conversations they say they never would have had if Roe v. Wade wasn’t overturned.


The Senate races that could be impacted by end of Roe

In Pennsylvania, abortions are legal up to 24 weeks. At least six different anti-abortion bills have been introduced by Republican members of the general assembly and were vetoed by the state’s Democratic Gov. Tom Wolf. His term ends in January, giving the battle over abortion rights a high profile heading into the November elections.

Josh Shapiro, the Democratic candidate for governor, has voted to continue to veto abortion bans. However, his Republican opponent, State Sen. Doug Mastriano, has said he believes all abortions should be illegal, with no exceptions.

In November, who becomes Pennsylvania’s next governor could determine whether abortion is legal in the state. This comes as the state legislature, long controlled by Republicans, could also be up for grabs.

Republican Senate candidate Mehmet Oz has campaigned as being 100% anti-abortion, but he supports access to abortion in cases of rape, incest and when the mother’s life is in danger.

Pennsylvania’s U.S. Senate race could also be critical — the winner could determine which party would control the chamber and whether abortion is allowed or restricted at the federal level.