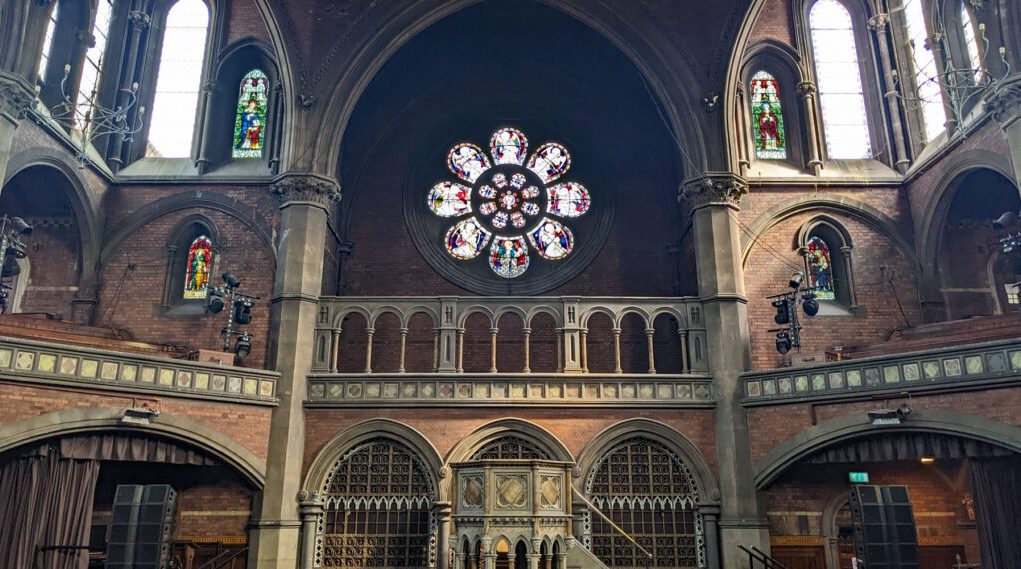 The Union Chapel, a nearly 150 year old church that has been for the past 30 years also a music venue, has received a £1 million grant from the National Lottery Heritage Fund. 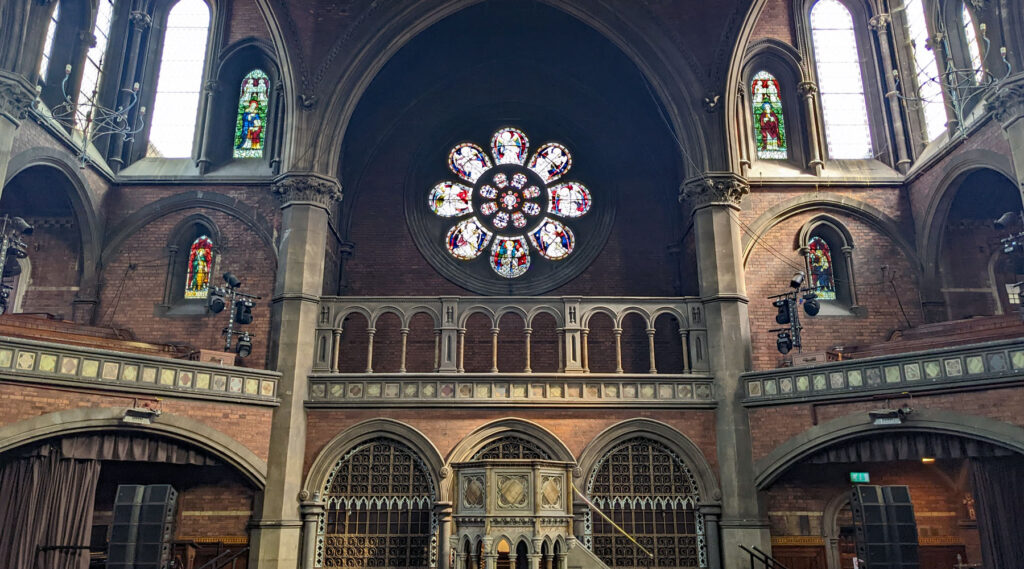 The funds will be used to carry out essential repairs to the Grade II* listed Sunday School building at the back of the Union Chapel, and also support the preservation of the chapel congregation’s 200-year historic archive.

The archive project will transform the currently decaying, inaccessible collection into a restored and fully catalogued archive for the first time.  This archive will be accessible both physically and online for everyone to use, telling the amazing stories and legacy of Union Chapel.

Union Chapel’s Sunday School sits alongside the well-known Grade I listed Gothic Revival chapel designed by Thomas Cubitt and is one of only a few remaining Akron plan halls. It was originally built in the 19th century to cater for a wide range of community activities including classes for 180 underprivileged children and was saved from demolition in the 1980s alongside the other buildings.

Unfortunately, the Sunday School building has fallen into disrepair and without urgent intervention, it would face further dilapidation. Through this grant, the architecture and heritage of the building will be preserved and brought back to life for the community to use.

The chapel itself is built in an unusual hexagonal shape, and is notable for having a clear view of the pulpit/stage from every seat in the church, which has been described as convenient for the preacher to keep an eye on the congregation. It’s also commercially wise as there’s no need to sell tickets to concerts with restricted views.

This year marks the 30th anniversary of a determined effort to secure the future of the chapel by renting it out for events, even though in the early days they were held back by licensing problems. There were limits on numbers permitted to attend concerts until more toilets were added, although it was noted that all they needed to do was give a prayer at the start of a concert for it to be a church event, and hence the toilets limit didn’t apply.

It seems that God doesn’t need the loo.

When and where to watch your favorite holiday specials this year