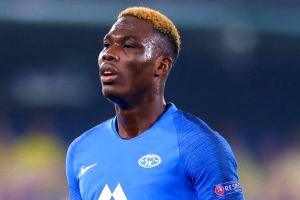 Chelsea announced on Saturday they had completed the signing of Ivory Coast forward David Datro Fofana on a six-and-a-half year deal from Norwegian champions Molde.

The Blues confirmed the 20-year-old has signed a contract at Stamford Bridge until 2029, with the option of a further year. The fee is believed to be between £8 million ($9.6 million) and £10 million.

Fofana described Chelsea as “the club of my dreams” in a short message on the club’s website.

“Hello dear fans,” he said. “I’m here, I’ve arrived well and I’m very happy to sign for the club of my dreams. I’ll see you soon on the pitch.”

The forward, who recently made his first start for Ivory Coast, scored 24 goals and registered 10 assists in 65 games for Molde.

Chelsea, who are 10th in the Premier League, have also signed France defender Benoit Badiashile from Monaco for a reported fee of just under 40 million euros ($42 million) during the January transfer window.

Baby With Down Syndrome Mocked for Eating Birthday Cake – Angry...