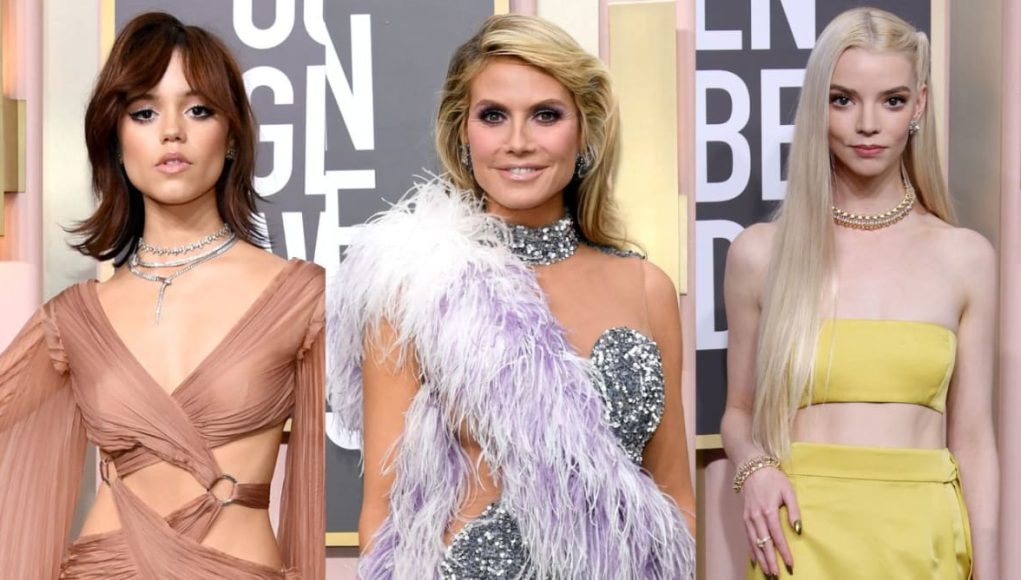 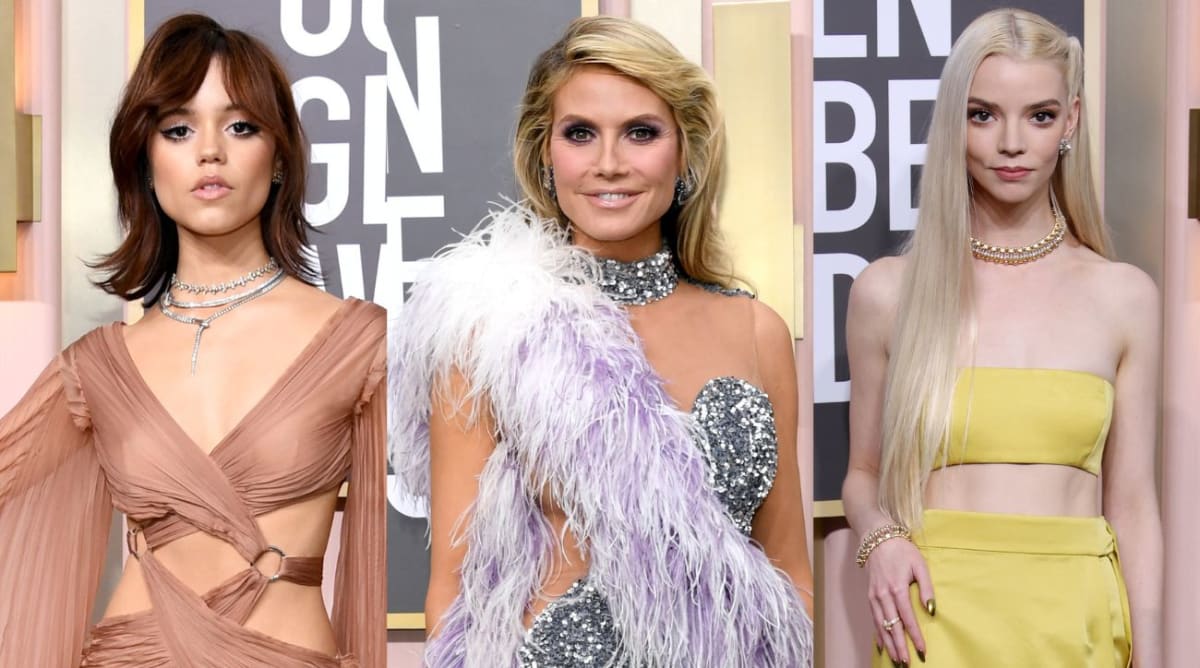 Hollywood’s best and brightest brought their fashion-forward looks to the red carpet.

Hollywood’s hottest stars descended upon The Beverly Hilton in Beverly Hills, Calif., on Jan. 10 for the 2023 Golden Globe Awards. The ceremony, which was televised on NBC and hosted by comedian Jerrod Carmichael, showcased the best American and international film and TV stars with honors bestowed by the Hollywood Foreign Press Association (HFPA).

Last year’s ceremony was not televised following controversy surrounding a lack of diversity in the HFPA’s chosen nominees and other questionable practices. HFPA president Helen Hoehne addressed the issue during Tuesday evening’s event.

“We commit to continue strengthening our partnership with Hollywood and with the worldwide fans who celebrate the best on film and television,” she said. “We will continue to support groups that amplify a variety of voices and continue to add representation to our organization from around the world as we did this past year.”

Stars were back on the red carpet this year and they made up for lost time with their bold and glamorous fashion-forward outfits. Below are eight of our favorite looks from the star-studded event.

Wednesday star Jenna Ortega wore a gorgeously draped cut-out tan Gucci gown and accessorized with layers of Tiffany & Co. jewelry. Ortega was nominated for Best Performance by an Actress in a Television Series—Musical or Comedy for her work in the gloomy Netflix series.

The America’s Got Talent judge can always be relied upon for a bold and flashy red carpet look. Klum’s sequined upcycled Kevin Germanier mini dress featured side cut-out detailing and a fuzzy purple boa. She accessorized with Lorraine Schwartz jewels and walked the red carpet with her husband, musician Tom Kaulitz.

The Amsterdam actress attended in a jaw-dropping two-piece Dior set, including a yellow bra top and floor-length skirt. Taylor-Joy, who was nominated for Best Performance by an Actress in a Motion Picture—Musical or Comedy for her portrayal of Margot in The Menu, paired her stunning look with Tiffany & Co. jewelry and wore her long, icy blonde locks styled straight.

The writer and producer stunned in a black and pink custom Christian Siriano tulle gown styled by Byron Javar. She paired her look with Neil Lane jewels and wore her hair slicked back into a low ponytail.

The Rare Beauty founder attended in a statement-making strapless Valentino gown with purple balloon sleeves that included a long train. A slit in the dress showed off Gomez’s platform heels, while her locks were pulled back into a high ponytail. Her hairstylist, Marissa Marino, shared a few behind-the-scenes sneak peeks of the look on Instagram.

This year the “My Mind & Me” singer received her first Golden Globe nomination for Best Performance by an Actress in a Television Series—Musical or Comedy in Hulu’s Only Murders in the Building. She brought her little sister, Gracie, along as her date.

It only seems appropriate that Robbie—who will star as the Mattel doll in the forthcoming Greta Gerwig Barbie film—attended the ceremony in a pretty-in-pink, Barbiecore-inspired gown. The star’s custom Chanel frock featured a halter neck and tulle skirt, and she wore her blonde locks loose with a slight wave. The gown’s custom crystal embellishing and feather detailing reportedly took more than 750 hours to create.

Robbie was nominated for Best Performance by an Actress in a Motion Picture—Musical or Comedy for her work in Babylon.

The Scenes from a Marriage actress took the Wednesday Addams-inspired fashion trend and put a glamorous twist on it. She looked absolutely stunning in a sheer, spider web-encrusted gown by Oscar de la Renta.

Chastain was nominated for Best Performance by an Actress in a Limited Series, Anthology Series or Motion Picture Made for Television for her portrayal of Tammy Wynette in Showtime’s George & Tammy.

The Cinderella actress never misses on the fashion front, which she proved yet again last night. The actress wore a fire engine-red strapless Atelier Versace gown with cut-out detailing at the waist. She wore her shoulder-length brown locks down with a slight curl at the ends and accessorized with a classy diamond necklace.

James was nominated for Best Performance by an Actress in a Limited Series or Motion Picture Made for Television for her portrayal of Pamela Anderson in Hulu’s Pam & Tommy.

Steelers Hall of Fame running back Franco Harris dies at 72

Labour conference opens with National Anthem for the first time EVER...