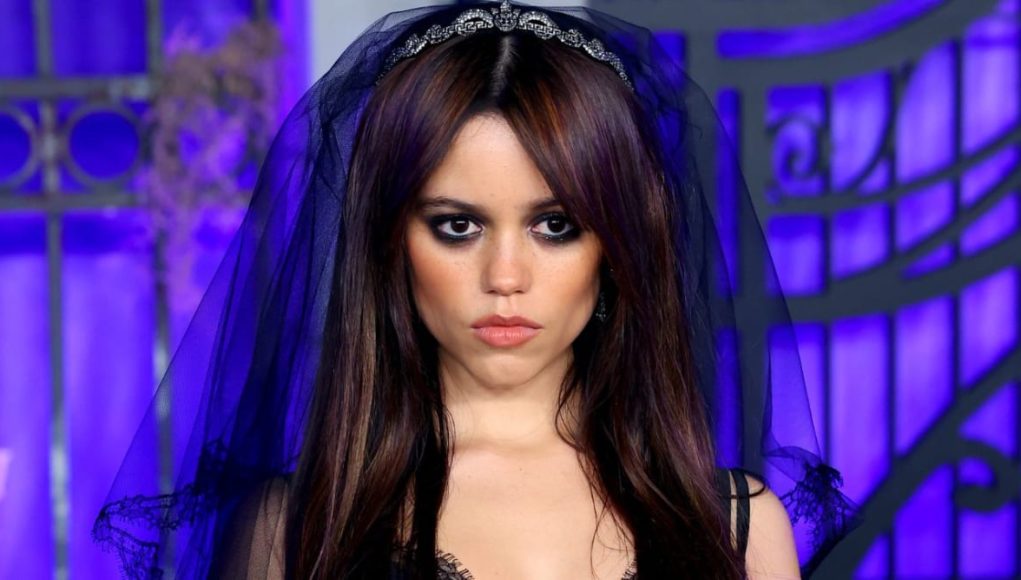 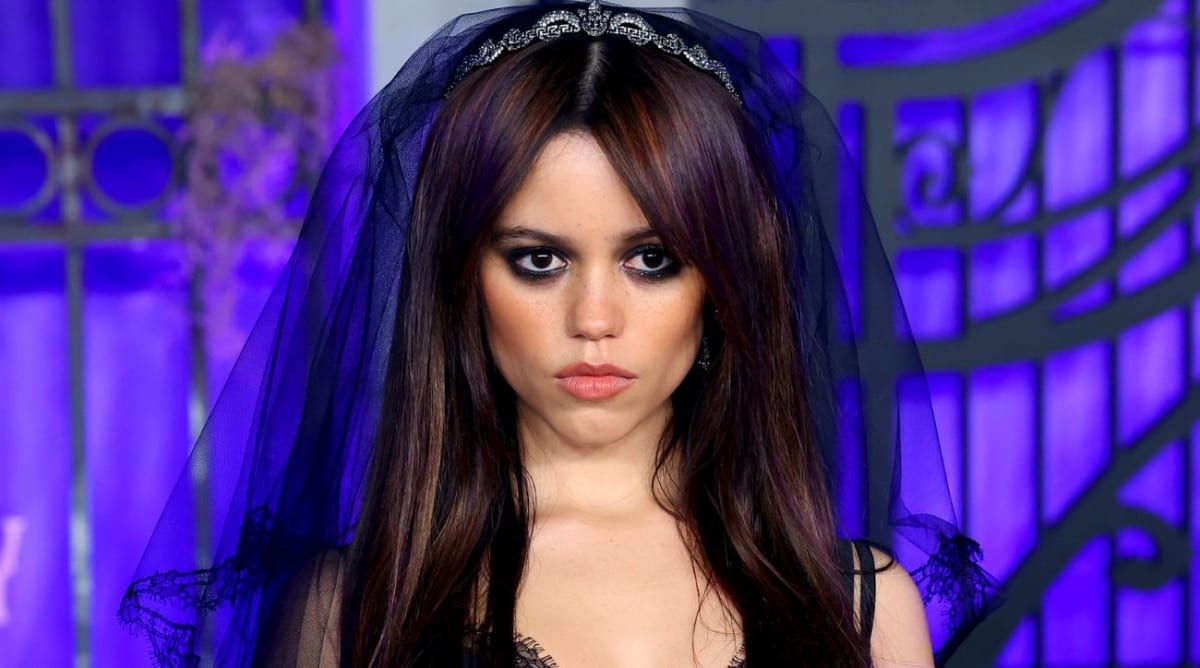 The actress channeled her famous character with the gothic bridal look.

The 20-year-old actress stars in the Tim Burton-directed show as the titular main character, Wednesday Addams, and Ortega’s all-black gothic bridal look could have been pulled straight from her character’s wardrobe. She rocked a lacy slip dress from Versace’s spring-summer 2023 collection, complete with a bustier top and thigh-high side slit that perfectly showed off her platform heels.

The Versace collection was designed “with a dark gothic goddess in mind,” and Ortega rocked the look from head to toe, complete with a black veil, dramatic smoky eyeshadow and nude lip. She wore her dark hair down and kept her other accessories to a minimum with just a few rings on her fingers.

The You actress shared her look on Instagram yesterday, saying, “I know I’m way late with these and they’re out in the world already. I’ve just got to thank @versace and my team for putting me together for the Wednesday premiere. They made me very happy, if you couldn’t already tell.”

In addition to shouting out the luxury fashion brand, Ortega tagged hairstylist Dave Stanwell, makeup artist Mélanie Inglessis and stylist Enrique Melendez. Her team was quick to comment, hyping Ortega up about her look: “YASSSS .. you’re absolutely a MOOD !!! 🖤🖤🖤,” Stanwell said, while fans commented, “Black is her color” and “SHE IS THE MOMENT.”

Ortega shared another series of photos from the premiere with her co-stars, including Gwendoline Christie, Catherine Zeta-Jones and Christina Ricci, as well as Burton.

Ortega told Entertainment Tonight that her all-black ensemble “just felt appropriate,” adding, “I felt like if I was gonna wear black like everyone else, I probably should make a deal out of it. I think [Wednesday] would appreciate the veil… I put it on and I just knew that this is probably what I should do.”

Wednesday premiered on Netflix on Wednesday, Nov. 23 to record numbers. As of Nov. 29, it is the English-language series with the most hours viewed in a week on the streaming platform with 341.2 million hours—a record previously held by Season 4 of Stranger Things.

Biden to campaign for Fetterman during PA visit