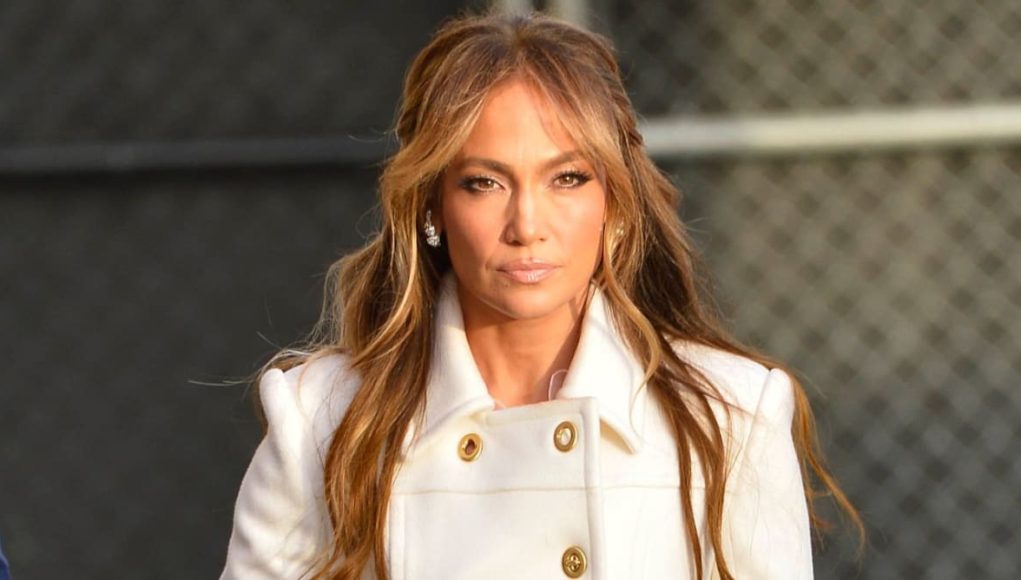 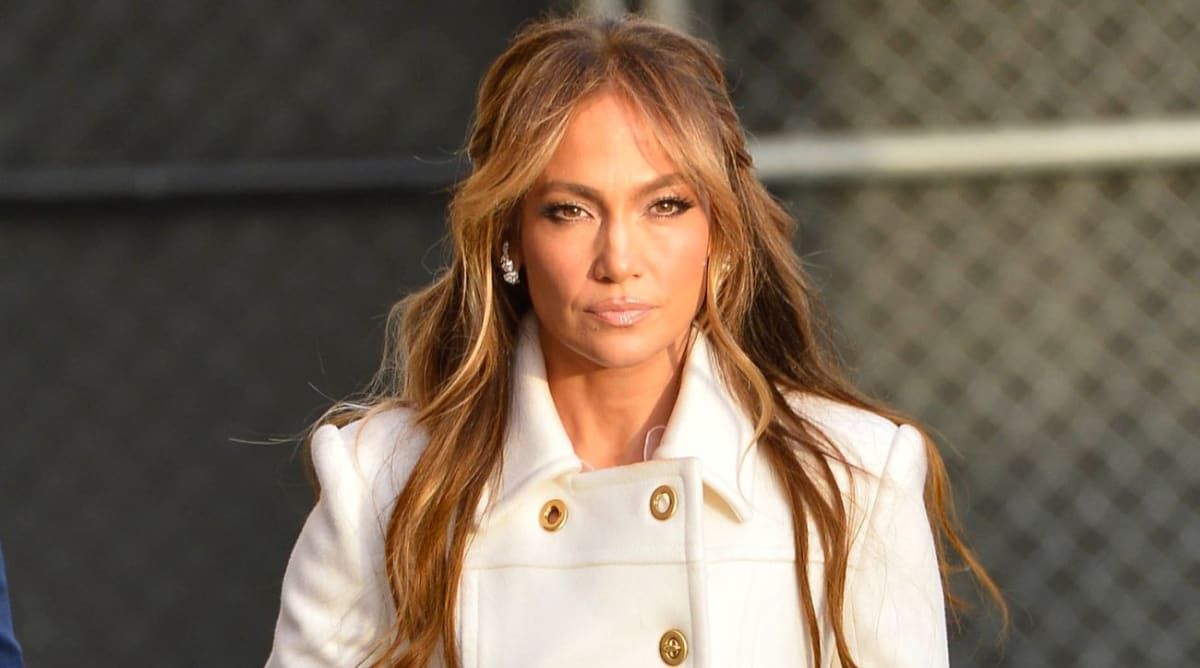 Jennifer Lopez has been spotted wearing a number of head-turning outfits as of late—which is nothing unusual for the superstar—while promoting her new movie, Shotgun Wedding.

For a Jan. 18 appearance on Jimmy Kimmel Live!, the 53-year-old looked truly breathtaking in a light pink Giambattista Valli dress with cut-out detailing and ruffles along the bust. The criss-cross halter dress also featured a delicate white bow in the center. Lopez’s outfit was styled by Mariel Haenn and Rob Zangardi.

Lopez shared her ensemble with her 232 million Instagram followers.

During her interview with Kimmel, Lopez chatted about her new film, her forthcoming album, This Is Me… Now, and more.

“[My new album] is called This Is Me… Now. So I did an album 20 years ago that had a song called ‘Dear Ben’ on it that was about the time that me and Ben [Affleck] were together then and I got very inspired when we got back together,” she said. “It was kind of like a miracle and something that neither one of us really ever thought would happen… I went into the studio and I wrote an album in like two months.”

The power couple reunited in July 2021 after spending nearly 20 years apart. They two tied the knot in an intimate elopement ceremony in Las Vegas last July, followed by a second celebration at Affleck’s Georgia home the following month.

Lopez will drop her new album sometime this year, but it does not yet have a release date set. Shotgun Wedding also stars Josh Duhamel, Jennifer Coolidge and Lenny Kravitz. The romantic action comedy film premieres on Prime Video on Jan. 27.

3 Ways to Wear Denim Bermuda Shorts Like an It Girl

My Friend Has $250 to Spend at Nordstrom—These Affordable Items Are...