Teachbytes
Home Sports Jets Can Take the AFC East Lead With a Win Over the... 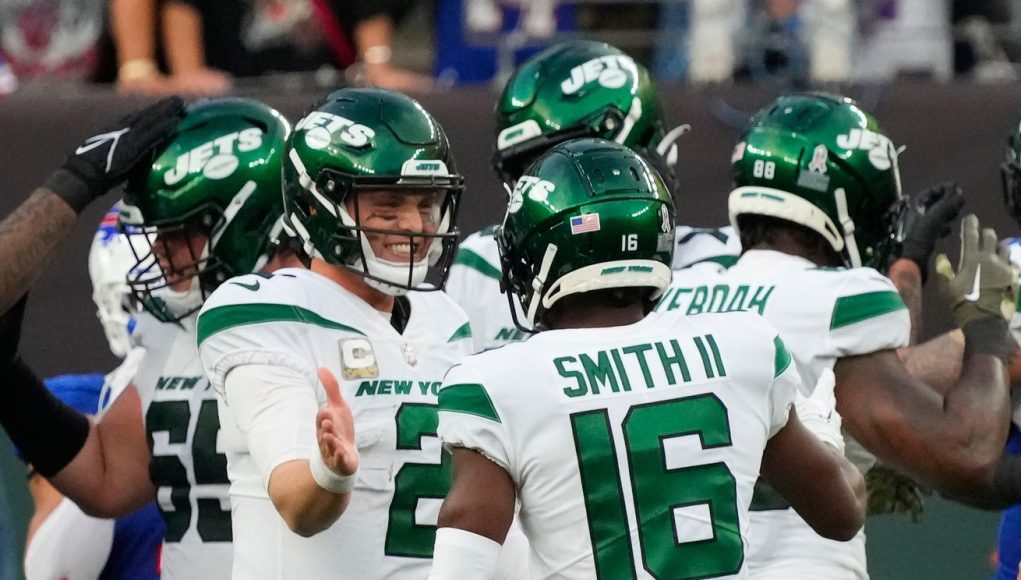 Minnesota’s victory over Buffalo yesterday had major implications for the Jets in the division race.

The Jets find themselves in second place in the AFC East just as they were last week. However, the Bills have fallen to third place. Buffalo’s 6-3 record matches the Jets. The Jets have the tiebreaker due to their head to head victory last week.

The Dolphins jumped from third place to first place with their win over Cleveland. They had been tied with the Jets, but since New York was on its bye, Miami jumped to a half game lead.

Miami has its own bye next week. If the Jets beat the Patriots, they go to 7-3 and match the Dolphins’ record. The Jets also own the tiebreaker over their rival from South Florida due to their head to head win earlier this season.

The AFC East remains a division with all four teams over .500. By the end of next week, the Jets might be on top.

GOP Urges Trump to Hold Off on 2024 Run After Midterms...