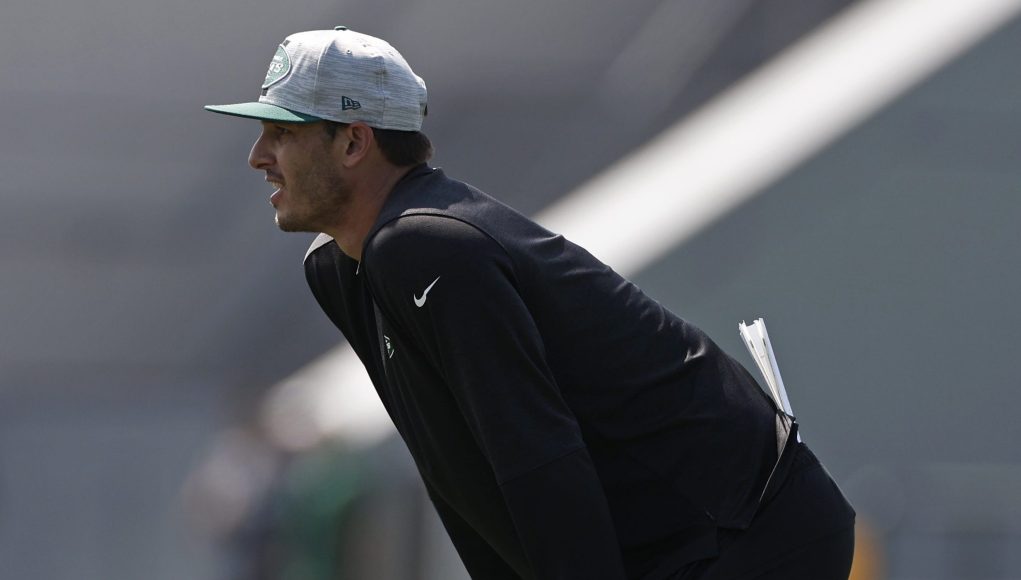 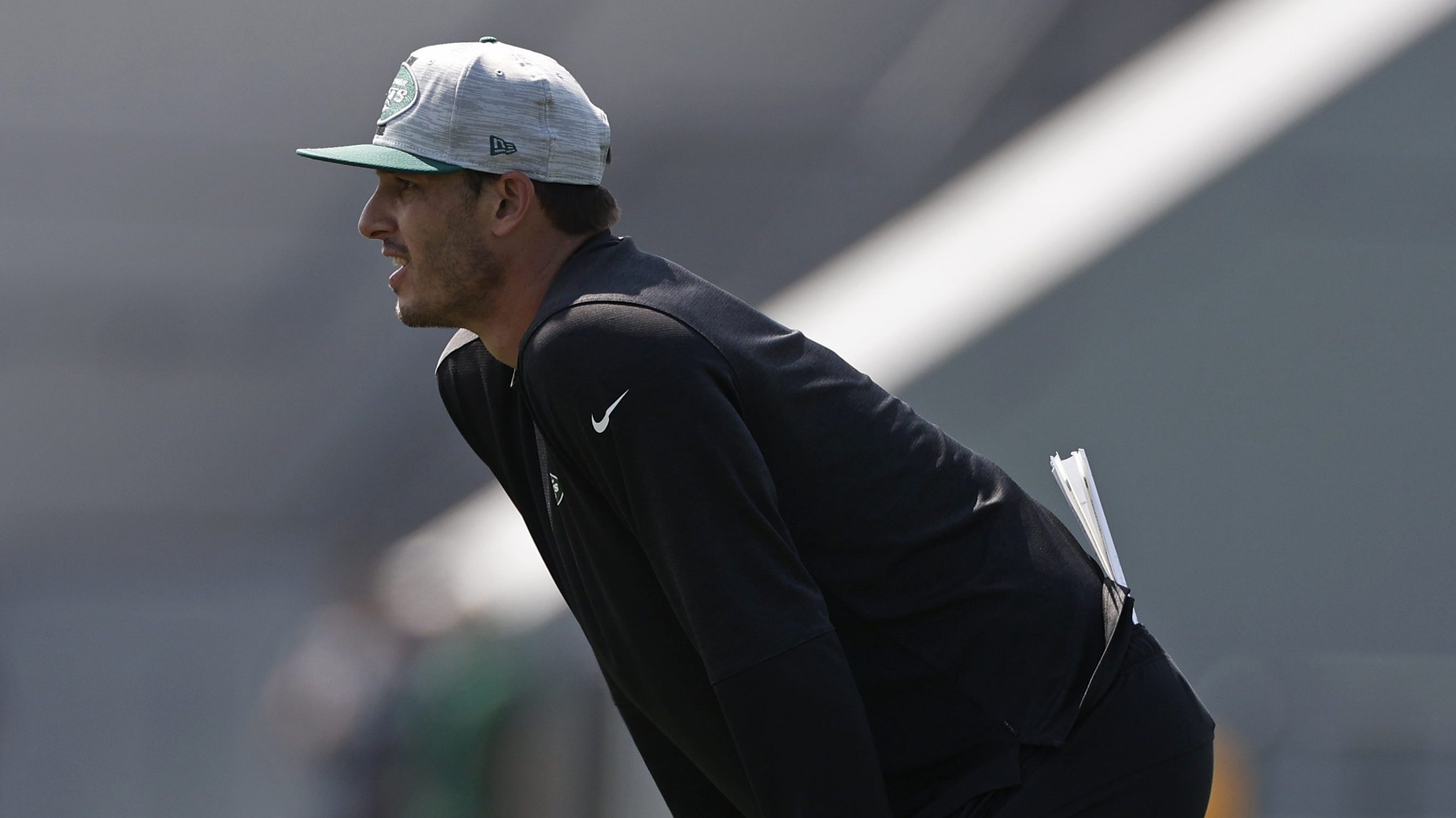 There will be two immediate questions for the New York Jets once the season is officially over — what’s the plan at quarterback and will the powers that be make any changes to the NYJ coaching staff? And the answers to those questions could theoretically go hand in hand.

The Jets quarterback position was anemic for most of 2022 and it’ll most likely be on general manager Joe Douglas, and potentially head coach Robert Saleh, to figure out why that was. If they determine that coaching has been an issue, two staff members would probably shoulder the blame.

Those men are offensive coordinator Mike LaFleur and QB coach Rob Calabrese, but should neither, both, or one of these two assistants take the fall for failures like Zach Wilson and the lack of consistency from each signal-caller? Jets X-Factor’s Michael Nania explained what he would do during a recent article.

“Someone must be held accountable for the failed development of Zach Wilson,” wrote Nania with Jets X-Factor. “While his failure is not entirely to blame on coaching, it certainly deserves part of the blame.”

The NYJ film analyst continued: “I think the Jets should stick with Mike LaFleur as their offensive coordinator. In terms of his play-calling on gameday, he has shown me enough to where I think he deserves one more year to show what he can do with a solid veteran quarterback running his plays. Poor execution has made LaFleur look like a much worse play-caller than I believe he truly is. This leads us to quarterbacks coach Rob Calabrese.”

Nania called the 32-year-old offensive mind a “puzzling hire,” considering his lack of experience in the NFL before joining the Jets. After all, Gang Green decided to draft a bit of a developmental project at his area of expertise, and even with Greg Knapp joining the staff to assist him, it’s hard to argue that Calabrese was the right man for the job with just two years in the pros as a quality control coach with the Denver Broncos.

“Maybe he has a tremendous reputation and crushed his interview,” Nania speculated. “The Jets may have thought they found a diamond in the rough despite his lack of experience. In hindsight, though, it probably was not the best call to entrust Calabrese with Wilson’s future.”

The Jets X-Factor analyst did acknowledge Knapp’s tragedy, but concluded that the organization did not do enough to replace the veteran guru in 2021 or 2022 after brief stints of Matt Cavanaugh and John Beck — then no one.

“In their respective roles, Calabrese is just as much of a youngster as Wilson,” Nania concluded. “If the Jets are going to help Wilson turn his career around, as Saleh claims the team wants to, they need a new quarterbacks coach. Maybe Calabrese can stick around in a different capacity, but they need someone new at this position.”

According to ESPN passer rating, Chris Streveler has been the top NYJ quarterback in 2022. Calm down Streveler hive, that’s not exactly an accurate assessment but it does show just how poor the position has been as a whole.

Wilson has a 72.8 rating on the year, Mike White a 75.7, and Joe Flacco a 77.0. Of the three, none have a completion percentage over 60% and two have thrown more interceptions than touchdowns (White and Wilson).

It’s been tough moving the football behind a bruised and battered offensive line with these three calling the shots, and maybe this staff was just saddled with a bad bunch of QBs? That’s certainly possible, but you could also argue that it’s on these coaches to get the best out of their quarterbacks — especially a draft pick like Wilson.

That’s how this system is supposed to work after all. If you would like an example of that, just look at seventh-rounder Brock Purdy in San Francisco. The young man has stepped in and flourished with Kyle Shanahan helping him along.

Woman Gets Creepy DoorDash Delivery Guy Fired – What Happens Next...