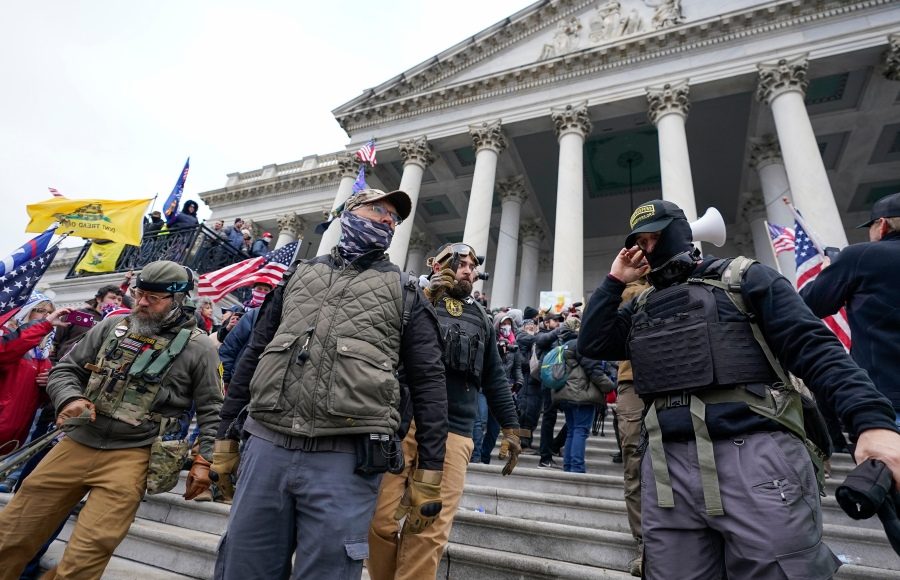 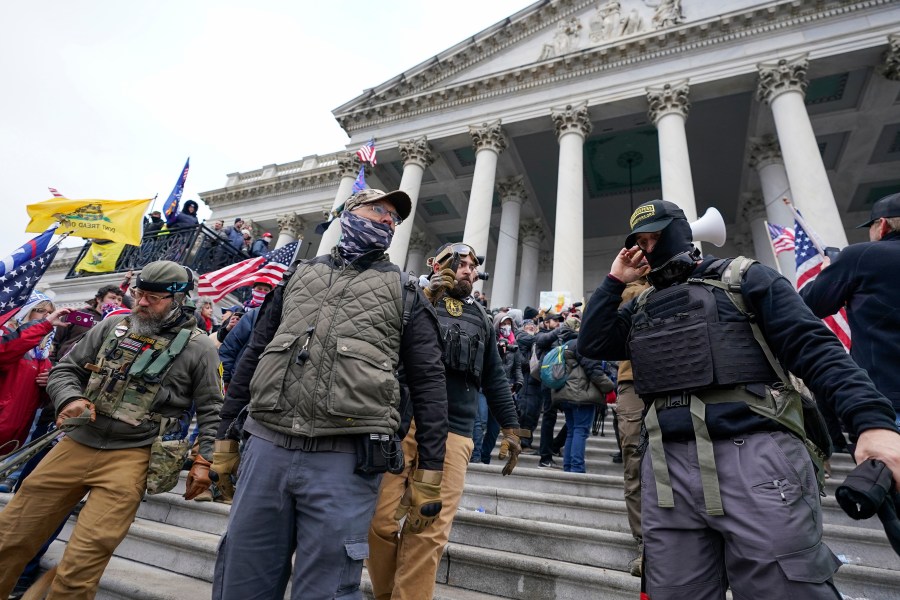 WASHINGTON (AP) — Federal prosecutors will lay out their case against the founder of the Oath Keepers extremist group and four associates charged in the most serious case to reach trial yet in the Jan. 6, 2021, U.S. Capitol attack.

Opening statements are expected Monday in Washington’s federal court in the trial of Stewart Rhodes and others charged with seditious conspiracy for what prosecutors say was a weekslong plot to stop the transfer of power from Republican Donald Trump to Democrat Joe Biden.

Defense attorneys will also get their first chance to address jurors, who were chosen last week after days of questioning over their feelings about the insurrection, Trump supporters and other matters.

The stakes are high for the Justice Department, which last secured a seditious conspiracy conviction at trial nearly 30 years ago.

About 900 people have been charged and hundreds convicted in the Capitol attack. Rioters stormed past police barriers, engaged in hand-to-hand combat with officers, smashed windows and halted the certification of Biden’s electoral victory.

But the Oath Keepers are the first to stand trial on seditious conspiracy, a rare Civil War-era charge that carries up to 20 years behind bars. The trial is expected to last several weeks.

Prosecutors will tell jurors that the insurrection for the antigovernment group was not a spontaneous outpouring of election-fueled rage but part of a drawn-out plot to stop Biden from entering the White House.

On trial with Rhodes, of Granbury, Texas, are Kelly Meggs, leader of the Florida chapter of the Oath Keepers; Kenneth Harrelson, another Florida Oath Keeper; Thomas Caldwell, a retired U.S. Navy intelligence officer from Virginia; and Jessica Watkins, who led an Ohio militia group. They face several other charges as well.

Authorities say Rhodes began plotting to overturn Biden’s victory just days after the election. Court records show the Oath Keepers repeatedly warning of the prospect of violence — or “a bloody, bloody civil war,” as Rhodes said in one call — if Biden were to become president.

By December, authorities say, Rhodes and the Oath Keepers had set their sights on Congress’ certification of the Electoral College vote on Jan. 6.

The Oath Keepers organized trainings — including one in “unconventional warfare” — and stashed weapons at a Virginia hotel so they could get them into the capital quickly if necessary, prosecutors say. Over several days in early January, Rhodes spent an $15,500 on guns, including an AR-platform rifle, magazines, mounts, sights and other equipment, according to court documents.

On Jan. 6, Oath Keepers equipped with communication devices, helmets, vests and other battle gear were seen on camera storming the Capitol. Rhodes is not accused of going inside, but telephone records show he was communicating with Oath Keepers who did enter around the time of the riot and he was seen with members outside afterward.

And prosecutors say the plot didn’t end on Jan. 6. In the days between the riot and Biden’s inauguration, Rhodes spent more than $17,000 on firearm parts, magazines, ammunition and other items, prosecutors say. Around the time of the inauguration, Rhodes told others to organize local militias to oppose the Democratic administration, authorities say.

“Patriots entering their own Capitol to send a message to the traitors is NOTHING compared to what’s coming,” Rhodes wrote in a message the evening of Jan. 6.

Defense attorneys have said the Oath Keepers came to Washington only to provide security at events for figures such as Trump ally Roger Stone before the president’s big outdoor rally behind the White House. Rhodes has said there was no plan to attack the Capitol and that the members who did acted on their own.

Rhodes’ lawyers are poised to argue that jurors cannot find him guilty of seditious conspiracy because all the actions he took before Jan. 6 were in preparation for orders he anticipated from Trump — orders that never came.

Rhodes’ attorney has said that his client will eventually take the stand to argue that he believed Trump was going to invoke the Insurrection Act and call up a militia, which Rhodes had been calling on him to do to stop Biden from becoming president. Rhodes’ attorneys will argue that what prosecutors have alleged was an illegal conspiracy was merely lobbying the president to use a U.S. law.

Prosecutors say Rhodes’ own words show he was going to act regardless of what Trump did. In one message from December 2020, Rhodes wrote that Trump “needs to know that if he fails to act, then we will.”

The last successful seditious conspiracy case was against an Egyptian cleric, Sheikh Omar Abdel-Rahman, and nine followers convicted in a plot to blow up the United Nations, the FBI’s building, and two tunnels and a bridge linking New York and New Jersey.

For full coverage of the Capitol riot, go to https://www.apnews.com/capitol-siege