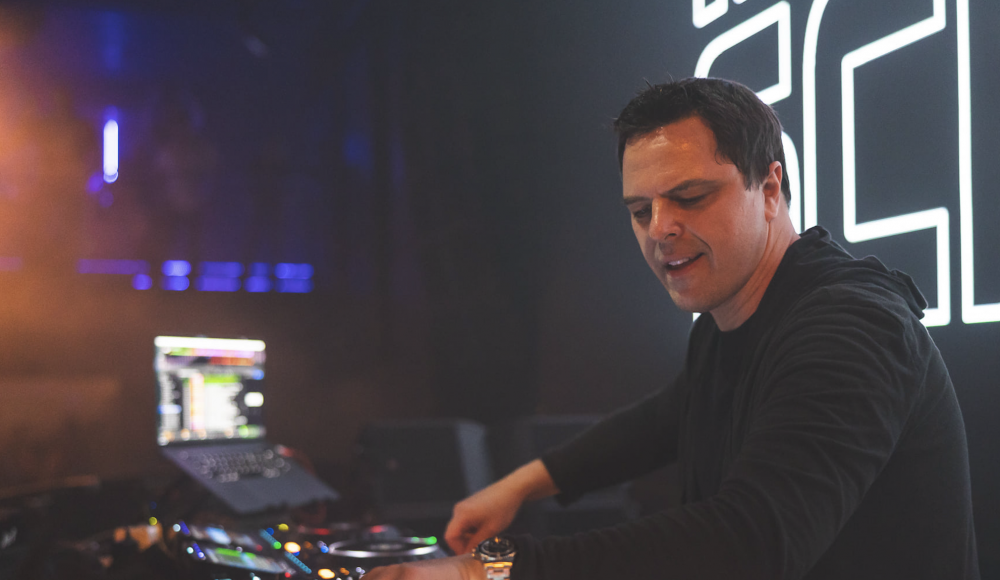 Los Angeles may not be home to the Times Square ball drop, the mesmerizing fireworks over Sydney Harbor, or the super late-night parties of Las Vegas, but we do have some amazing ways to celebrate New Year’s Eve in our beloved metropolis. Here now is our LAMag guide to ringing in 2023 in and around L.A.

For the sixth consecutive year (minus 2020, the first New Year’s Eve of the Covid-19 pandemic) acclaimed trance DJ and record producer Markus Schulz will perform a marathon 12-hour set, from 9 p.m. to 9 a.m., at Avalon Hollywood. The event will feature a balloon drop and countdown at midnight.

Revelers who are seeking a collection of EDM artists (and who are ready for a drive) will find just that as Insomniac presents Countdown New Year’s Invasion: Rize of the Ravebotz, an 18+ event beginning Dec. 30. The Chainsmokers, Zedd, DJ Snake, Loud Luxury and many more perform on Dec. 31 from 4 p.m. to 2 a.m. at NOS Events Center in San Bernardino.

If you’re in the mood to head even further east, Maroon 5 has shifted its usual New Year’s Eve celebration from Las Vegas to Palm Springs, where the band will be one of the first acts to perform at the newly opened Acrisure Arena. PJ Morton supports and many tickets are still available.

MADE Nightlife and sbe hospitality are coming together at Nightingale Plaza with Ty Dolla $ign and music from DJ Orator and Dre Sinatra. The venue will be home to one of the best hip-hop parties for New Year’s Eve in L.A. Cash bar and open bar options are available.

Downtown L.A.’s newest modern Japanese restaurant, Niku X, has just opened at the Wilshire Grand Center from Haibin Yang and David Zhao’s Chubby Cattle International hospitality group, and under the direction of Michelin-starred chef Shin Thompson. Limited dinner reservations are available for the seasonal Yakiniku tasting menu starting at $270 per person. Guests who book dinner reservations prior to the event will receive complimentary access to a New Year’s Eve party.

MAMA Shelter LA is calling their evening MAMA’s Disco Ball Party. A special $95 prix-fixe menu is available at their main restaurant from 5:30 p.m.-8:30 p.m. and it features winter black truffles and a wine pairing. From 9 p.m. to 2 a.m., a party will ensue downstairs and on the coveted upstairs roof with live deejays, live magic, tarot readings, burlesque dancers, a photo booth, a drag show, special prize giveaways and more. Tickets, including an open bar, start at $145.

Get your phone out to grab some Instagramable moments as you walk through the neon entry of MELROSEPLACE L.A. The restaurant features contemporary classics and handcrafted cocktails, and will offer 5:30 p.m. and 8 p.m. dinner seatings before the celebrations get in full swing on its rooftop at 9 p.m. Dinner reservations are encouraged and tickets are available here.

For some French flair, head to Mr. T. at 8:30 p.m., when the chic restaurant is offering a special à la carte menu, including Croquettes Monsieur and Mr. T Mac N Cheese (plus some New Year’s Eve additions). A glass of Ace of Spade champagne will be provided for all to ring in 2023 with a DJ and a flurry of confetti. Reservations are available here.

If you’re seeking an affordable and inclusive option, Freehand Los Angeles has got you. For a $10 ticket, they’ll have five DJs from the Corduroy Garden collective, curated plant-based and gluten-free food/cocktail menus, a midnight champagne toast, and a number of interactive activities—plus a custom soundscape. Tickets are $10 before 10 p.m. and $15 at the door. A sliding scale will be offered and prioritized for QTBIPOC guests. Tickets are available here.

The iconic Skybar at Mondrian Los Angeles on Sunset Blvd. in West Hollywood will feature a four-hour premium open bar, starting at 8 p.m. Guests can celebrate New Year’s Eve over delectable cocktails, sounds by DJ Eric Sharp, original art installations, a champagne toast, and, of course, the Mondrian’s famous view of the L.A. skyline. The venue will be fully tented. For visitors, the hotel is also offering a special New Year’s Eve room package.

Also in West Hollywood, you can welcome the new year on the 14th-floor roof of The West Hollywood EDITION. This property may have the most unobstructed views of Los Angeles among all of the hotels on Sunset Blvd. For $250 per person, guests enjoy a premium open bar, passed canapes by Michelin-starred Chef John Fraser, and a dessert station. For an elevated experience, VIP Tables will be available for $800 and up offering a seafood tower, champagne and tableside service.

Down the street at 1 Hotel West Hollywood, the exclusive Harriet’s Rooftop has its own incredible view of the L.A. skyline and will host a New Year’s Eve party starting at $220 per person for general admission; this includes a five-hour premium open bar beginning at 9 p.m. Tickets are available.

In Hollywood, head to the rooftop of the Thompson Hollywood at the always-bustling Bar Lis, a chic rooftop lounge that captures the iconic spirit and style of the French Riviera. With a five-hour open bar, patrons here will be immersed in a sophisticated mix of classic south of France culture and modern SoCal ease.  International DJ Awsumo will spin and highlight a champagne toast at midnight and a special countdown.

Just steps away at tommie Hollywood a honkey tonk New Year’s Eve is the theme at the rooftop bar Desert 5 Spot. The bar feels like a mix of 70s-era Palm Springs with the charm of Pioneertown. A live performance from Stagecoach artist Nikki Lane with Johnny Travis Jr. is the highlight of the evening which also includes a five-hour open bar, a mechanical bull, and a midnight tequila toast with a live DJ countdown. Tickets start at $100.

One block east on Selma Avenue, TAO Group has a full schedule at its venues. TAO Los Angeles is transforming into a nightlife experience to ring in the new year beginning at 9 p.m. Dinner service will not be available. Around the corner, Beauty & Essex will offer early dinner seatings from 6-7:30 p.m. with a DJ spinning during late seatings starting at 9 p.m. for $135 per person. Upstairs at The Highlight Room rooftop, guests will enjoy a three-hour hosted bar from 9 p.m. to 12 a.m. and live DJ performances counting down to the new year. VIP tables and general admission ticket holders will have access to both indoor and outdoor spaces.

Chef Michael Mina’s Mother Tongue, on the roof of the luxury private fitness club HEIMAT, will host a New Year’s Eve party from 9 p.m. to 1:30 a.m. Starting at $75 per person, the event will include an open bar, live DJ, and entertainment.

If downtown is your vibe, head to Elevate Lounge on the 21st floor of 811 Wilshire Blvd. for a Great Gatsby-style VIP party. Gatsby’s Penthouse will include a four-hour premium open bar, top L.A. area DJs, and a New Year’s Eve countdown. Flapper and zoot suits and roaring 20s attire are encouraged.

Where to Find the Gays

Expect $10 to $25 cover charges at all of the usually cover-free West Hollywood gay bars. The Abbey will feature music by Sam Childs while The Chapel has Dawna Montell on deck. And, of course, all of their sexy male and female go-go dancers will be there, too.

Paul Nicholls Entertainment will present Heart of Gold at the two-level Heart WeHo, featuring DJ Liza Rodriguez from Brazil, DJ Morningstar, and VJ Tony G, plenty of dancers, plus a new back dance floor hosted by Rhea Litre and JoJo Guadz. The party goes on until 4 a.m. Mickys Nightclub will also stay open til 4 a.m. No alcohol after 2 a.m.

And it wouldn’t be New Year’s Eve weekend without Masterbeat’s five events, beginning Dec. 30 through Jan. 1. The main event is Carnival at The Mayan on New Year’s Eve, with the return of DJ duo Rosabel (Ralphi Rosario and Abel Aguilera) playing a nine-hour set.

Where Else to Go

Say hello to 2023 while you are oceanfront at Westside Winter Wonderland NYE Ball 2023 at Loews Santa Monica Beach Hotel. Guests are encouraged to wear their classiest white or cocktail attire and come listen to the sounds of DJ L.I.T. Cullen on the pool deck with a live performance by The Satin Dollz all with the backdrop of the Pacific Ocean.

In nearby Marina Del Rey, you can party your way into the New Year aboard a three-hour luxury cruise featuring live entertainment from DJs, a premium open bar from start to finish, a four-course dinner buffet for all, and a sky deck with spectacular views of the harbor and fireworks show.

Stay on top of the latest in L.A. news, food, and culture. Sign up for our newsletters today.

5 things to know this Tuesday, January 24

Tube Strike – another London Underground strike called for next month