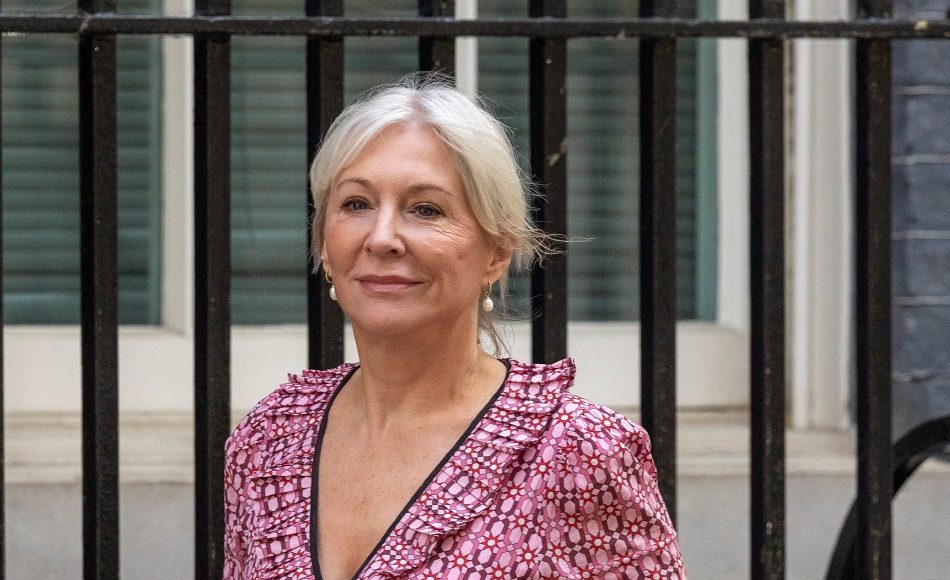 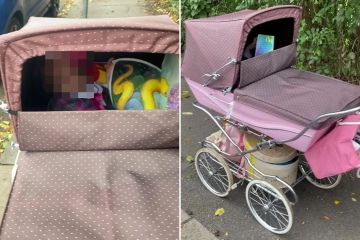 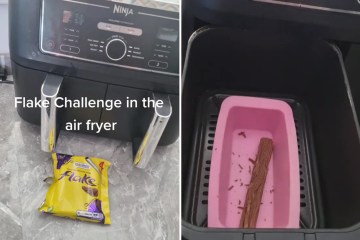 LIZ Truss is the kind of person “who would walk into a gunfight” one of her Cabinet ministers said — as “she loves the drama”.

That theory is certainly being tested as the PM finds herself at the heart of a fight for control of the Conservative Party.

Its conference in Birmingham was meant to show struggling Brits that the country is safe in her hands.

Instead, it descended into open warfare. Over four frenzied days, Tory tribes publicly slugged it out over policy.

The PM was forced to tear up her plans to scrap the 45p top rate of income tax after Michael Gove led a Tory revolt against it.

Some in her Cabinet also loathed the plan, with her best friend and deputy PM Therese Coffey letting it be known privately that she did not like it.

Liz has been left walking a tightrope — trying to get her radical new policies through while she is besieged from all sides by warring factions.

It will take some extraordinary political acrobatics to keep her from falling.

Scratch the surface of the Tory Party and you will find a boiling rage at Liz’s radical, ultra low tax agenda.

One senior MP blasted: “She is like Pol Pot and the Khmer Rouge, who imposed a Year Zero and tried to eradicate everything that came before.

“She is trashing Boris Johnson, Theresa May and David Cameron. Why would anyone vote for us again?”

Despite having a 71-seat majority, Liz is holding together a fractured party that could split at any moment.

Some at her Cabinet table predict she could face an election and may be slung out of No 10 within six months.

One Cabinet minister wondered aloud if “rebellion has seeped into the very DNA of the Party”.

So who are the rival factions causing the headaches?

These are a small group of BoJo loyalists headed by ex-Cabinet minister and I’m A Celeb star Nadine Dorries.

They accuse the PM of “lurching to the right” and warn she has no mandate for her ultra-low tax plans.

One senior Tory said: “She’s a libertarian fanatic who could blow up the whole party.”

Part of the PM’s problem is that while she was elected by Tory members, most MPs did not back her for leader. And — unlike Boris — she has not won a general election.

Without the backing of the people or her parliamentary party, Liz risks being hamstrung — unable to push through her plans.

Dubbed by one senior Tory the “born-to-rule mob”, these loyalists are a gaggle of former Cabinet ministers who appear hell-bent on causing problems for team Truss.

They include ex-Transport Secretary Grant Shapps — who nearly blew up the Tory conference with his blistering attacks on Liz’s “tin-eared tax cuts” — and Gavin Williamson, who was known for keeping a tarantula named Cronus in his office when he was the chief whip.

So far Rishi Sunak has kept quiet since losing the race for No 10. But his loyal lieutenants have not played so nice.

Now firmly on the outside of the No 10 tent, this new “awkward squad” have the name recognition and political know-how to derail Liz’s policy plans

Linked to them is rebel ringleader Gove.

He made sure Liz’s first party conference as leader was wrecked by machine-gunning her income tax plans live on the BBC on the opening day — while she sat just yards away.

One minister said: “I suspect Michael thinks Liz won’t last and has positioned himself as kingmaker — or queenmaker — for the next contest.”

Others think he could be setting himself up as the next Tory leader.

Or he could throw in his lot with Kemi Badenoch — the Tory rising star who most MPs reckon will end up party leader if Liz does end up being ousted as PM.

This bloc of working-class Tories were elected to former Labour heartlands in BoJo’s 2019 landslide.

Once assumed to be the future of the Party, they are now facing a wipeout as the Tories tumble in the polls. They include Dehenna Davison, Sara Britcliffe and Jonathan Gullis.

They stormed to victory by promising working-class voters they would “level up” their areas.

And many are aghast at the decisions to lift the cap on bankers’ bonuses and slash tax for top earners.

They used their clout to kill off the 45p income tax cut.

In an extraordinary lobbying operation, One-Nation Tories went to see the PM personally last Sunday to plead with her to change course.

If she did not tear up her plans she would suffer a certain and humiliating defeat in a vote in Parliament, they warned. Hours later, it was scrapped.

Fresh from their victory on tax, they smell weakness again.

They are preparing to mutiny if the PM refuses to put benefits up in line with inflation.

They have a strong ally in Mordaunt — widely seen as still coveting the Tory crown.

She has savaged Liz’s proposed benefits cuts, warning that the Government must not “try to help people with one hand and take away with another”

This band of mainly countryside-worshipping Remainers could also kill off coming planning reforms.

Perhaps the most fierce of all the warring factions, they include Home Secretary Suella Braverman and former Tory leader Iain ­Duncan Smith.

They are members of the European Research Group and battle-hardened from the 2018 and 2019 Brexit wars which ended up with another Prime Minister being ousted — Theresa May.

In many ways, Liz owes them her premiership.

After Suella was knocked out of the leadership race they backed Team Truss. But they are also a force to be reckoned with.

As arch Brexiteers they are determined to see net migration fall — and are likely to rebel if Liz’s plans to bring in more migrants to kickstart the economy goes too far.

In an act of defiance, Suella has already demanded immigration is slashed and the UK leave the European Convention on Human Rights.

The new darling of the Tory Right, she could carry a fair chunk of the Party with her if she goes to war with the PM.

As these rival Tory tribes jostle, agitate and snipe at Liz from all sides, many MPs are asking themselves how much longer can the PM walk the tightrope before she falls?

Some within the Cabinet are ­urging her to get rid of the chief whip Wendy Morton and appoint an “attack dog” to impose some order.

But one Cabinet minister believes an election is inevitable.

They said: “Look at our recent history. Theresa May had to go to the country.

“It’s hard to see how this doesn’t end the same way. There could be an election in six months.”

But the PM appears relaxed about the bitter infighting ripping through her party.

She joked with her aides at the party conference: “I don’t know what happens — drama just seems to follow me everywhere I go.”

That drama certainly seems unlikely to leave her anytime soon with a long winter ahead.

Headed by ex-I’m a Celeb star Nadine Dorries, this gang are livid at Liz believing she is ditching Boris’s legacy with a “lurch to the right”.

Dehenna Davison won her seat in the North in 2019[/caption]

Dehenna Davison and MPs who won in the North and Midlands in 2019.

These mild-mannered assassins who killed the 45p tax plan have strong links to Penny Mordaunt. They plot to rebel over benefit curbs and are headed by former deputy PM Damian Green.

Veterans of the Brexit wars, this group of ERG affiliated MPs, including Iain Duncan Smith, wants to cut migration. It may revolt if Liz lets in too many immigrants in her dash for growth.

But does he want to be kingmaker or leader?