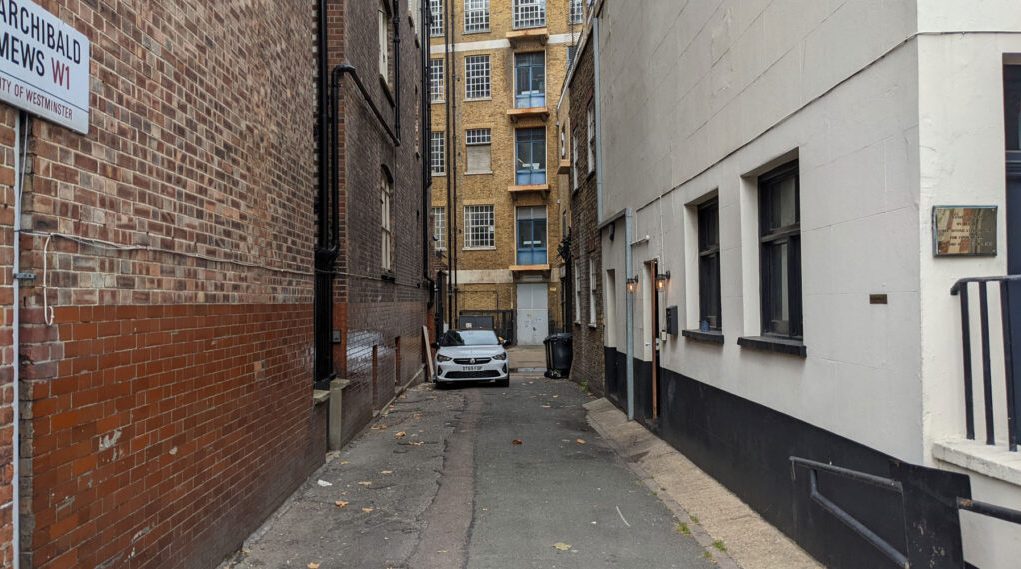 This is a short mews in posh Mayfair with a posh pub and grand flats on the entrance and squalor behind. 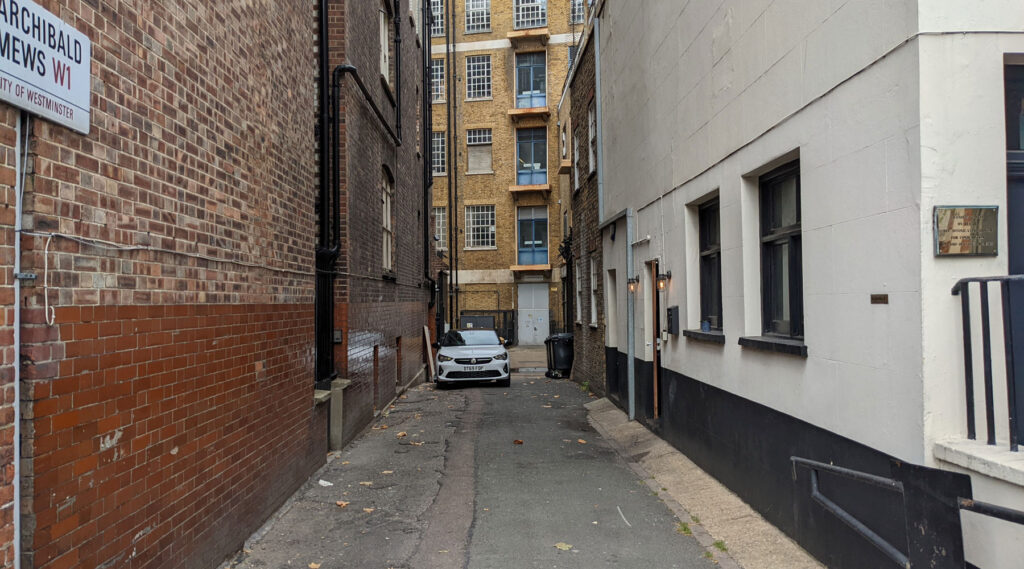 The alley and the surrounding lands were turned from fields into the rich estate it is by the Berkeley family, and by 1746, while much of the area around the alley had been developed into the road layout we have today, there’s a large empty space where the alley is, waiting for development. 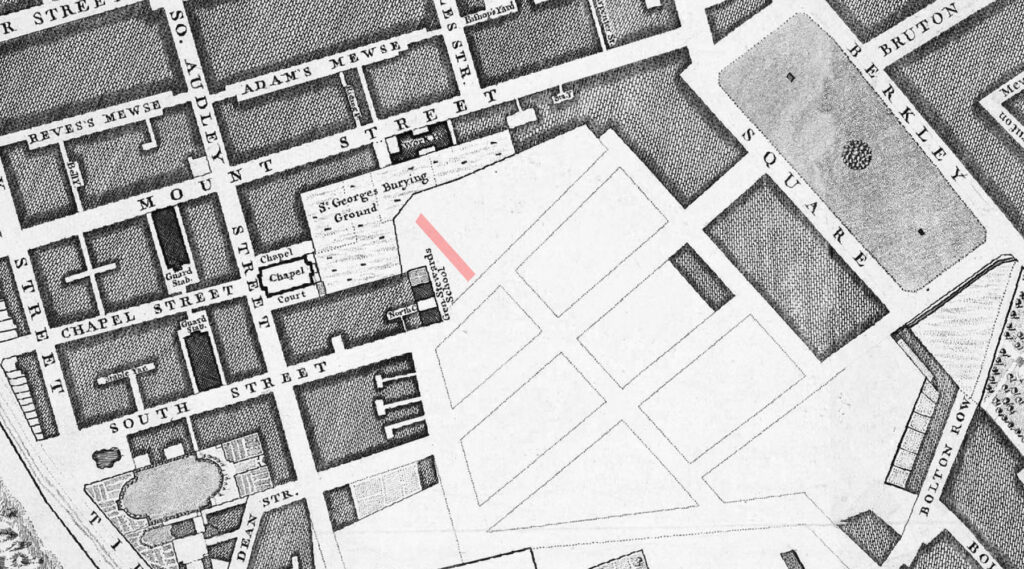 The alley shows up in R Horwood’s map from 1799, as a narrow passage with housing on the eastern side, but the western side shows up as a large timber yard. 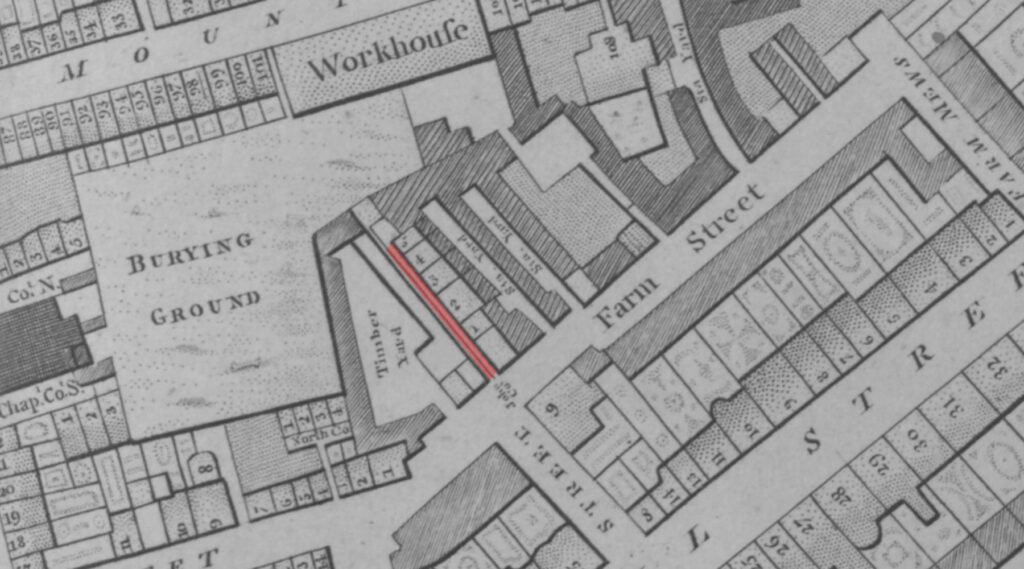 The timber yard was gone within 30 years though and the mews lined with the backs of housing on both sides.

Interestingly, the name, which presumably existed, doesn’t appear on any maps until the 1960s. It may have originally been called John Court though, after local landowner John, Lord Berkeley. It certainly had changed name by the 1880s, as it crops up in newspapers from then, often as an address for the mews stables that still existed at the time.

The pub on the corner seems to date from around the time the mews were originally laid out in the 1750s, and although altered over the years, it still retains many period features internally including a dog-leg staircase, internal cornicing and dado panelling

For a while, the pub was owned by Madonna and her husband Guy Ritchie, and gained a reputation of being popular with celebrities, and unpopular with the local residents because of the celebrities. It was sold in 2013 and refurbished into a gastropub in 2014. 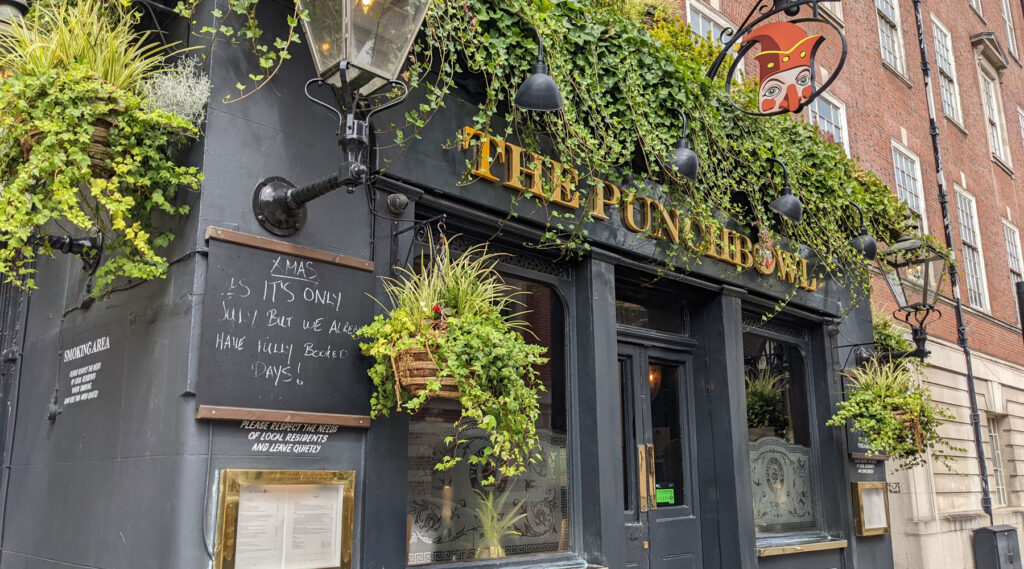 The western side of the mews is now dominated by a large apartment block by the simple name of 51 South Street. A block of flats that apart from a few sales brochures showing off the very expensive apartments within I have been unable to find anything about. Wealth likes its privacy it seems.

Down the alley though, and it’s instantly clear that this is very much a waste and backdoor facility for the flats and the telephone staff. It slopes down to the telephone exchange car park at the rear, with a portable metal shed at the back and lots of wooden pallets piled up. 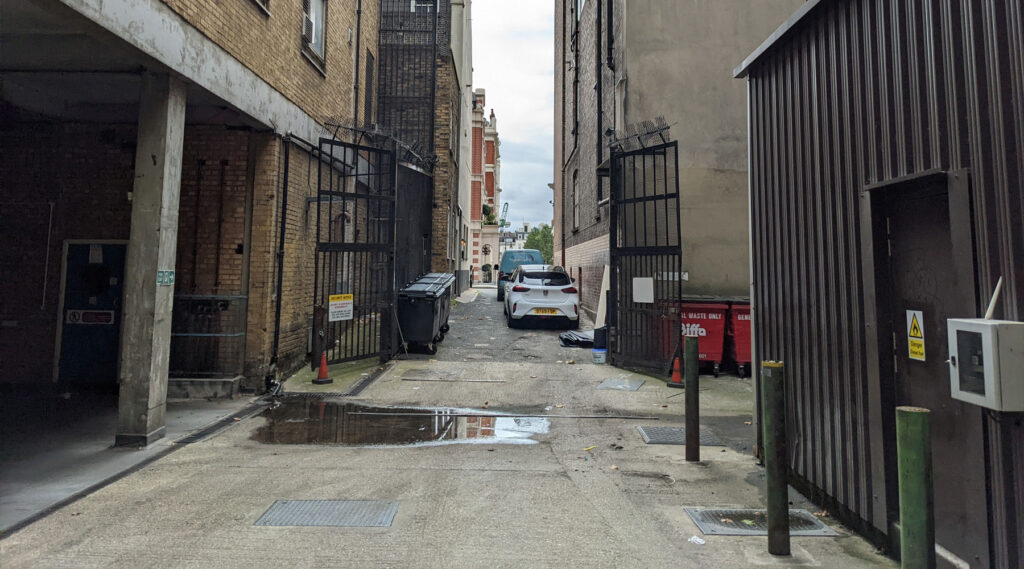 Frankly, even I found it rather uninspiring and can’t really suggest a visit. Walk on by.

Christina Aguilera Is a Vision in Purple at the 2022 Latin...