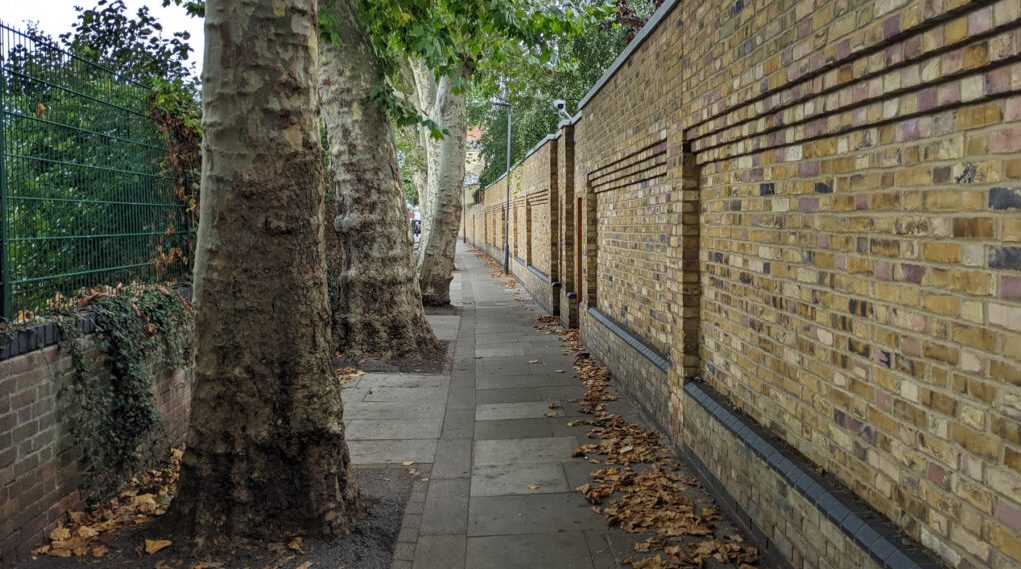 This tree lined alley in Parson’s Green is quite annoying as hardly anything seems to be known about it. 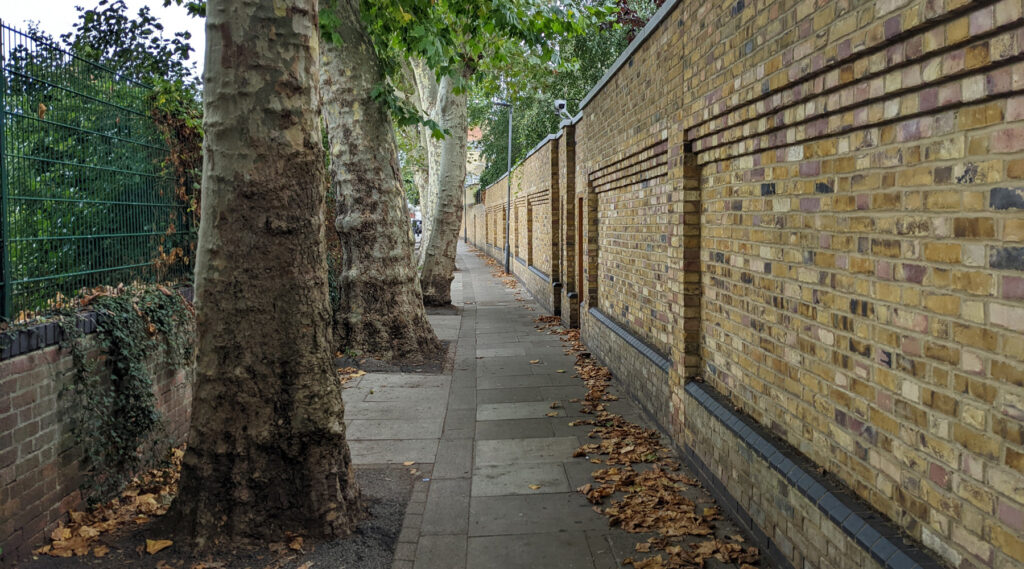 The alley may be a legacy of ancient paths though, as it shows up as part of a rough road in John Rocque’s map of London from 1746, when all around here were still fields.

A large swathe of land to the south of the alley was leased around the same time by the two Chauncy sisters, daughters of Richard Chauncy, a director of the East India Company, who owed his own early wealth to inheriting Edgcote House in Northamptonshire. Once they had the land, the sisters built a large Georgian manor house, Broom House, at the southern end of the property, close to the River Thames.

In 1805 Sir Evan Nepean gained possession of the estate, and in 1823 it was sold to Laurence Sulivan. His daughter, Charlotte Sulivan inherited the property in 1866 and lived in the house until she died in 1911. After 1911, Broom House was bought by the Hulingham Club and demolished to expand its grounds.

All this was taking place at the far south of the estate, while Bells Alley was at the northern end, far from the genteel Georgian ladies.

It’s possible, but unproven, that the road that was to become Bells Alley, running along the edge of the estate may have been shrunk to an alley to keep road traffic away. 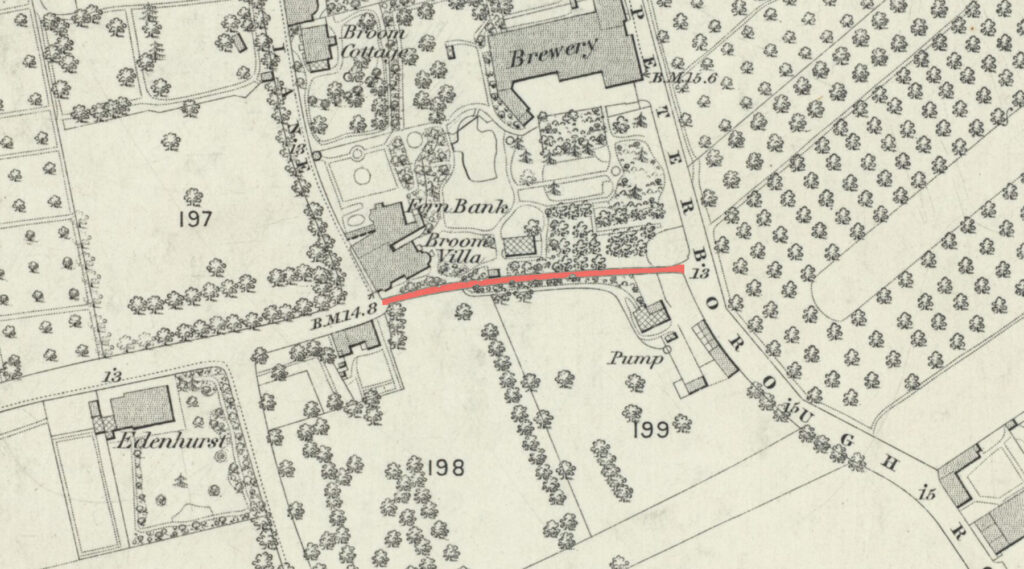 The northern side was developing as conventional Victorian housing, and a large house was built on the corner of Bells Alley, called, slightly confusingly, Broom Villa, although it was nothing to do with Broom House. The garden space behind the villa was sold off in the 1890s to be built over by a Joinery Works.

The joinery works site was rebuilt in 1949, later cleared as a car park, and redeveloped in the late 1990s for the modern block that’s there today as a mix of live/work apartments, and later in 2002 converted into offices.

To the south of Bells Alley is Sulivan Primary School, which was built on the site in 1951-2 on a former polo pitch, and is named after the last of the Sulivan family who lived at Broom House as she was a noted local philanthropist in life.

The alley itself would be a fairly bland passageway between a modern wall on one side and a school wall on the other if it wasn’t for one fairly unique feature — a long line of large trees. 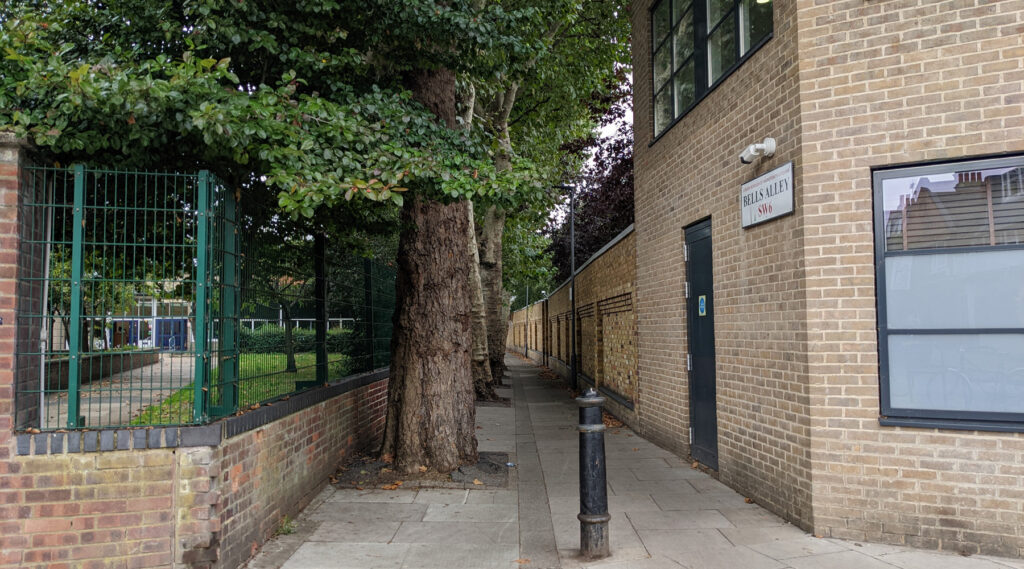 The trees, all of a decent age run in a line along the south side of the alley, taking up fully half the width of the route.

It’s dangerous to read too much into old maps, but it does seem possible that the trees were here in the 1860s, separating the alley from a path that lead to a building in the polo grounds.

There may have been an attempt to widen the alley back into a road in 1914, which was opposed by locals, and again in 1931, but baring another reference in 1945 about the council repaving the alley, that’s about as much as I can find out about Bells Alley. 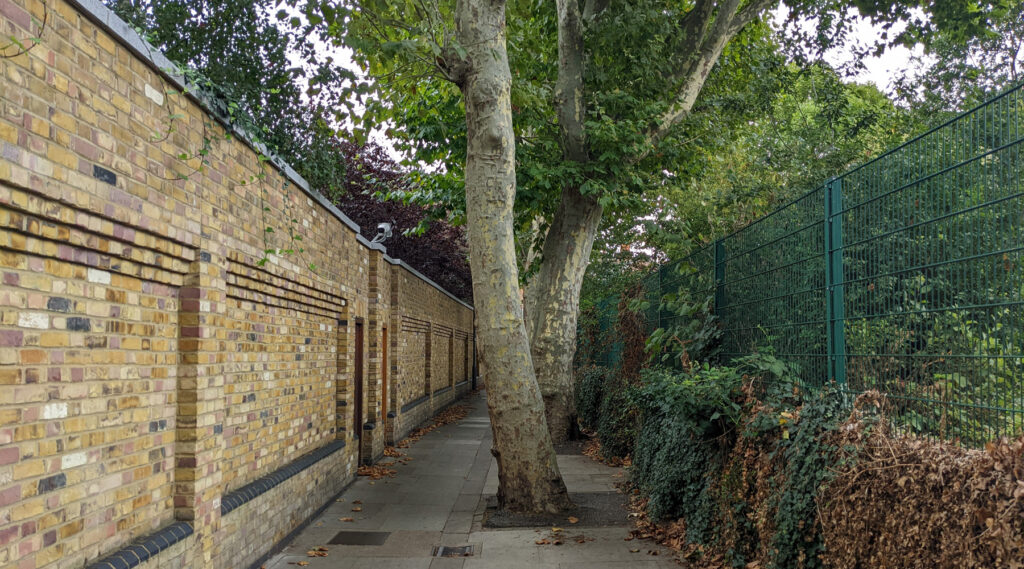 The mystery though – why was it called Bells Alley?

Thanks, It’s New: 17 Items Our Editors Added to Their Closets...

Tropical depression expected to fizzle out in Atlantic Ocean