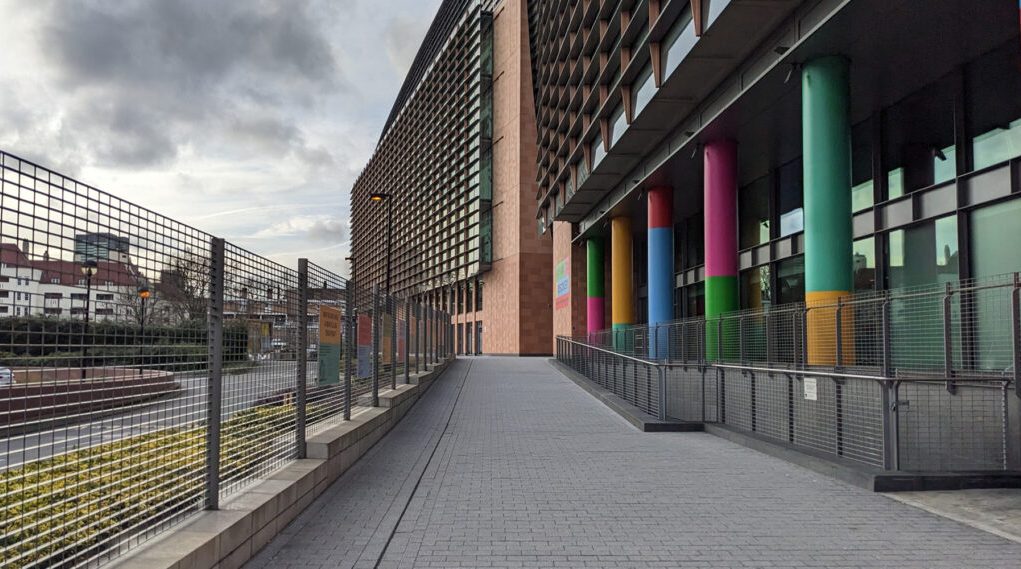 This is a fairly new alley that opened up a route across land that had been closed to the public for over 140 years. 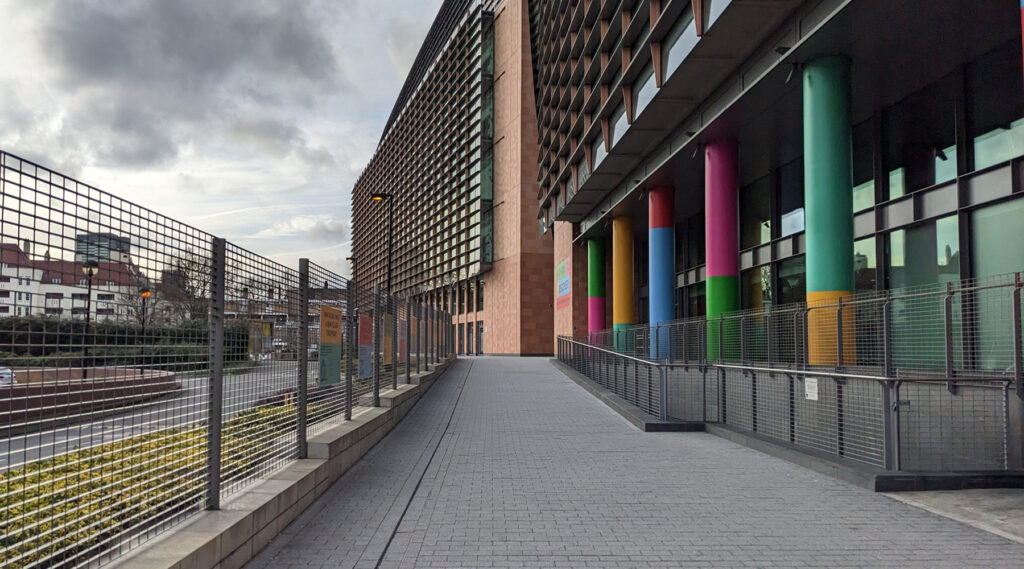 It sits behind the British Library on land that had been housing but the housing was swept away in the 1880s to construct a huge railway goods yard sitting next to St Pancras station. The Somers Town Goods Depot opened in 1887, and remained in use until the 1960s when cargo deliveries by rail declined thanks to the rise of road traffic and refrigeration, which took away the urgency of daily deliveries for food.

The land remained off limits though until eventually the British Library took over the southern half of the site. The Library had intended to take over the whole goods yard site, but cost overruns on the current library saw its ambitions cut back, leaving a large plot of undeveloped land at the northern side of the old goods yard.

A decade ago, the remaining part of that undeveloped land was developed, for the Francis Crick Institute which carries out medical research, and as part of the agreement for the new building, a new alleyway was created.

This new alley has effectively restored a road that had crossed the site before the land was taken over by the railways, reopening the land once more to the public.

The passageway was opened in June 2017, although the formal ribbon cutting took place in September 2017, and was named after the Dangoor family, in honour of their philanthropic support for the Francis Crick Institute and Cancer Research UK.

The dominant feature of the passage is the looming building of the Francis Crick Institute, in its mix of brown stone-clad walls and bronzed windows lining the whole of the north side of the alley. 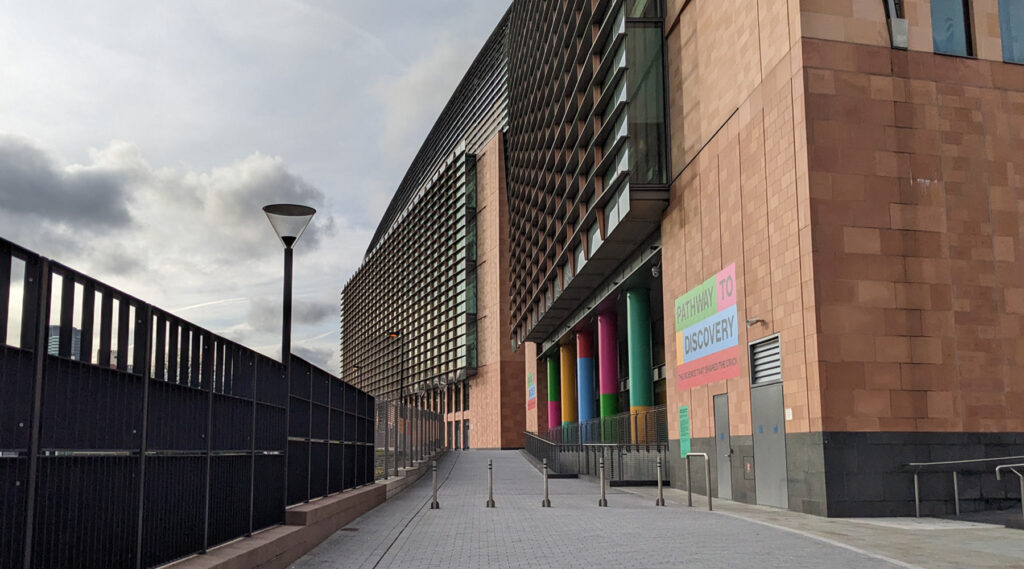 At the moment, the south side of the alley is split between parking for the British Library, and a community garden managed by the Story Garden. However, all that will change in a few years time as the British Library has finally secured approval to expand again and will be building a shared use building on the site, which includes space in the basement for Crossrail 2, if that’s ever built.

So what is currently a very open air alley will eventually become more alley-like, as a passage between two very tall buildings.

At the western end, the alley splits in half, with a wide section that can be sealed off for delivery vans to park there, and a narrow more classically alley width passage along the side that’s kept open.

Do note the small sign at the end of the alley, noting that it’s legally private land, so they can close it when they want to. 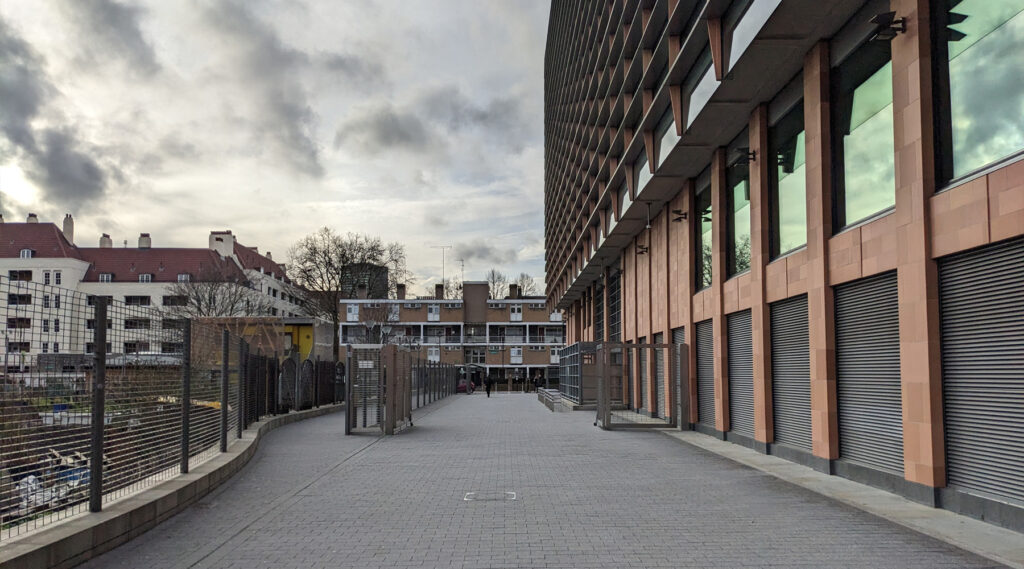 That said though, this passageway is an example of how councils can, when they want to, ensure there’s public access to spaces that have been closed off — in this case for over a century, and undo the damage caused by previous generations who thought little of sweeping away the housing in favour of a railway depot.

The result though has been a passageway that’s so well used by locals that it’s taken me months of walking past almost every week before I managed to cobble together enough photos of it (almost) empty to write this article.