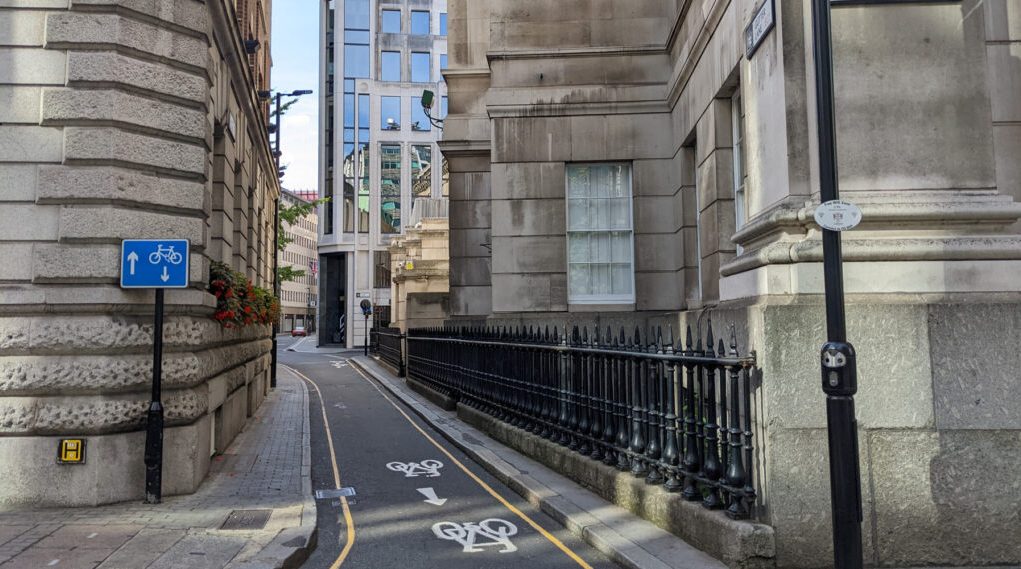 This is an alley in central London that’s not named after the sort of gutter you’re thinking about. It first appears in the 1180s as Godrun Lane, the lane of a person called Guthrún (or Goderoune, or Guthrum), a wealthy merchant, and the name of the lane slowly transformed into Gutter Lane by the 15th century.

So nothing to do with gutters as we know them. 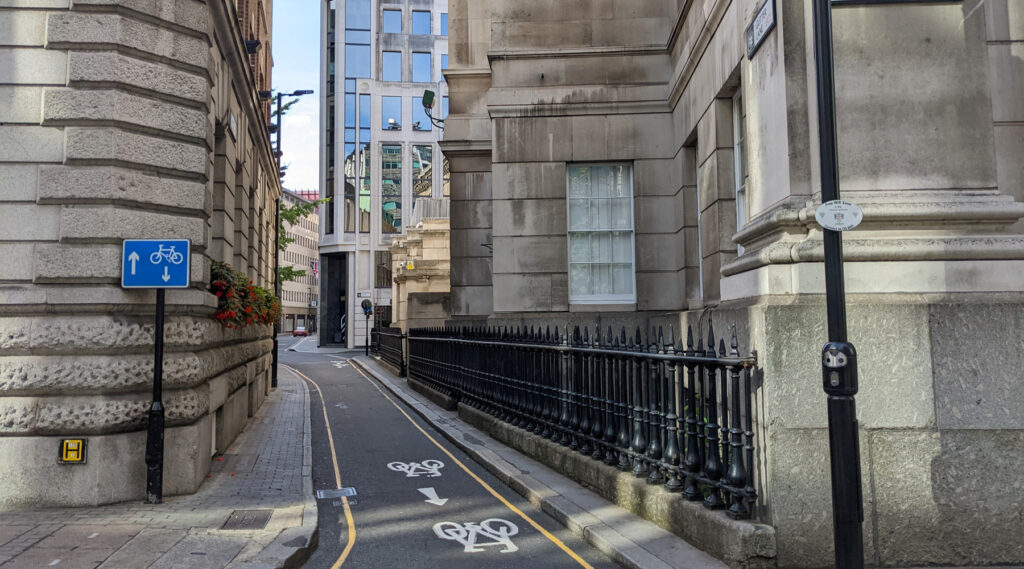 Robsons street directory of 1832 shows that Gutter Lane was lined with a lot of trades mainly dominated by clothes and shoe manufacturers and warehouses. Unfortunately, the whole area was pretty much flattened during WW2, so hardly anything from before the 1940s survived.

One of the largest and longest occupants of Gutter Lane though is Saddlers’ Hall, home to the Worshipful Company of Saddlers, one of the older of the City’s Livery Companies, and is thought to have been on this site since 1160, when a document records an agreement between the Church and the Guild of Saddlers.

Destroyed by the Great Fire of London and then bombed during the Blitz, the original Saddlers’ Hall dates back to the 14th Century and has been rebuilt several times.

The current livery hall was rebuilt following WWII in a slightly different location, but still within its ancient property boundaries, and is now a grand hall with an entrance hidden around the back of the building in a pleasing open space. Do notice the bollards on the road though – with their horse’s heads.

A request that reputedly received a frosty response.

More recently, when Abacus House, formerly Broderers’ Hall, was rebuilt in the 1980s, a large Roman mosaic was uncovered during the clearance works, along with a section of Roman Road, thought to lead to Cripplegate fort.

These days, Gutter Lane starts as a narrow gap between the Goldsmiths and Wax Chandlers livery halls, but quickly opens up to a wide two lane road that passes down to Cheapside between modern offices that filled the space created by the WWII bombs.

This wide space is hidden from busy Cheapside though as the lane narrows once again so people walking past may never realise there’s a fairly wide road behind. 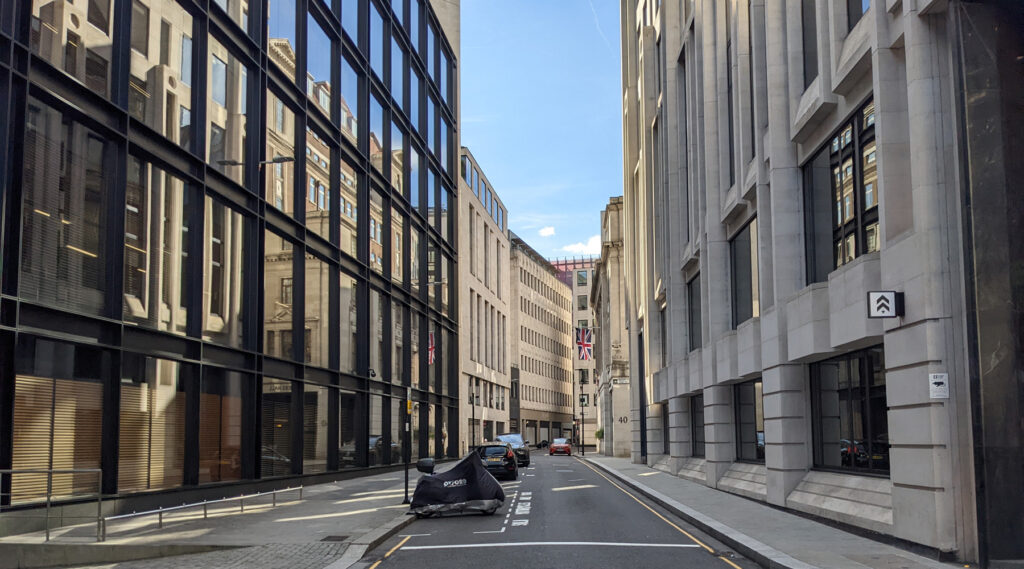 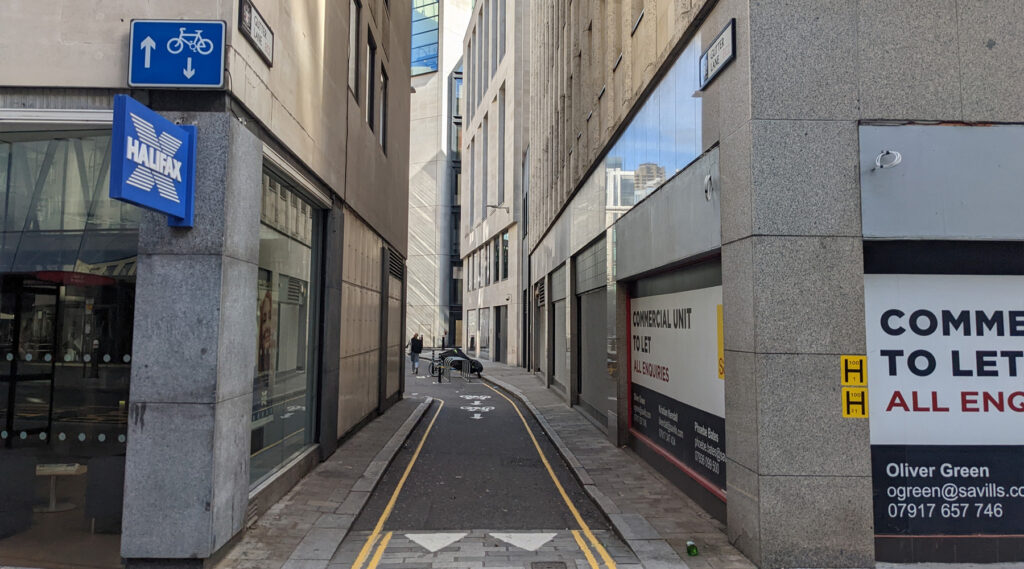 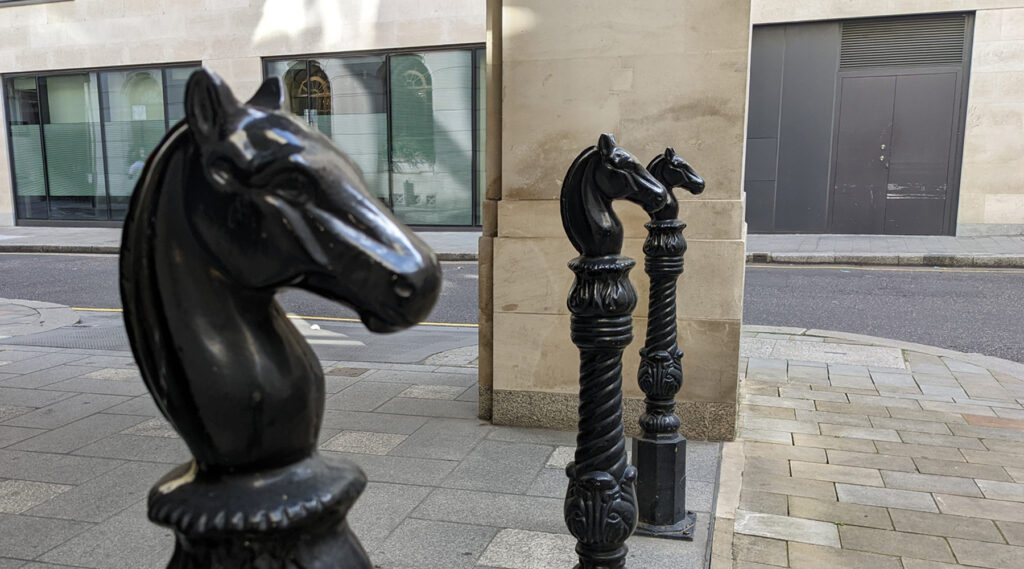 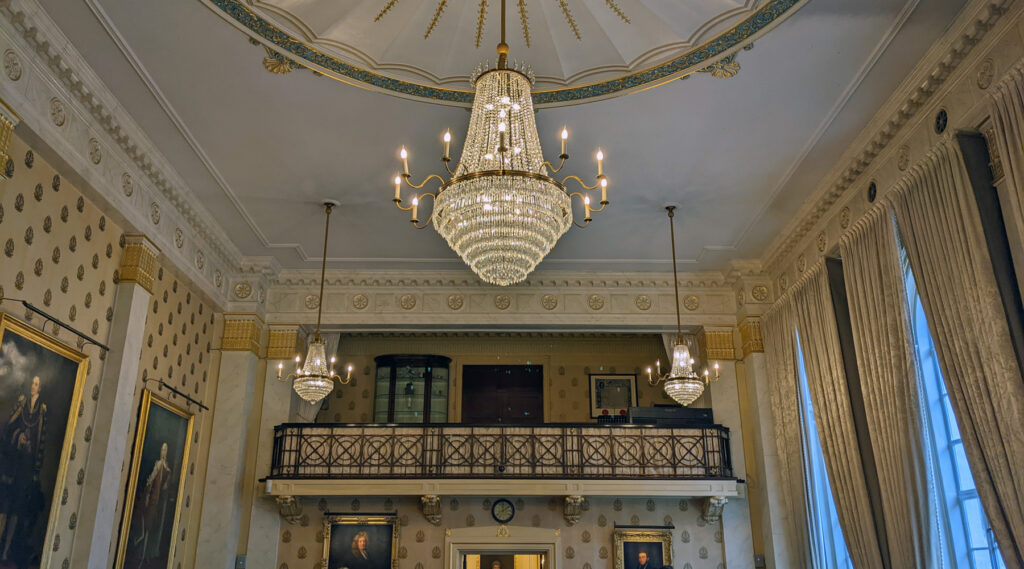 These Over-the-Knee Boots Have My Attention This Season