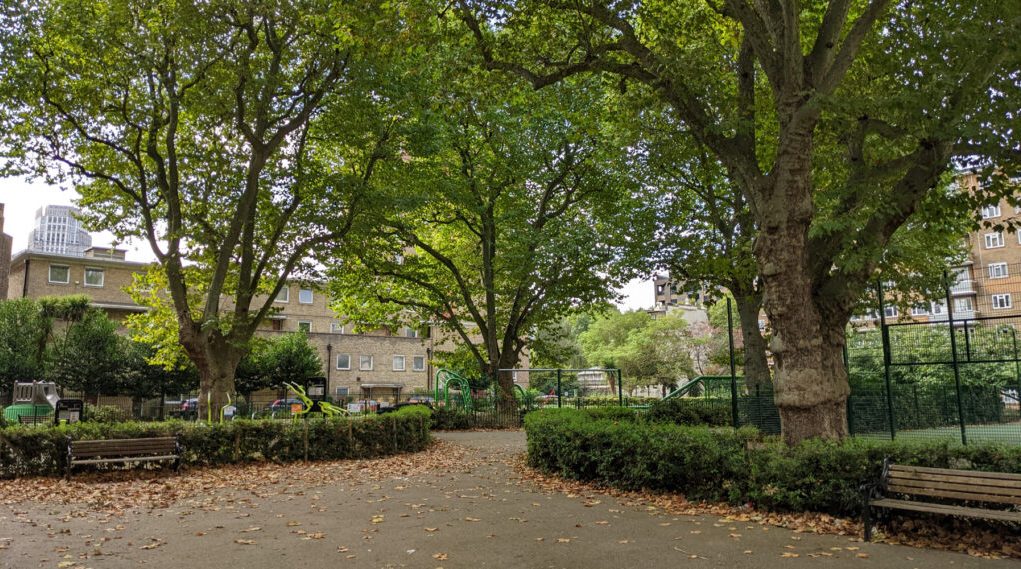 This is a large municipal square in Southwark surrounded on most sides by post-war housing blocks but was built as a square surrounded by Georgian housing. 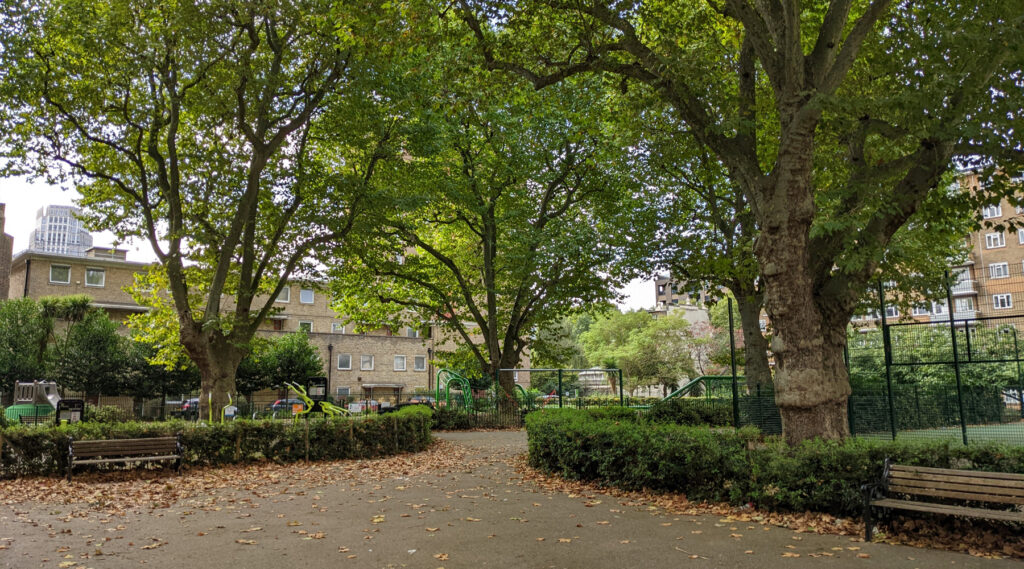 Long before the area was developed into housing, it was part of a cluster of Tenter Grounds, for drying newly manufactured cloth after fulling. The wet cloth was hooked onto frames called “tenters” and stretched taut using “tenter hooks”, so that the cloth would dry flat and square.

The road to the south of Nelson Square was at the time known as Melancholy Walk, although today it’s the less depressing Surrey Row. It was slowly developed for housing, and R Horwood’s map of 1799 shows rows of houses facing outwards from the still undeveloped square. 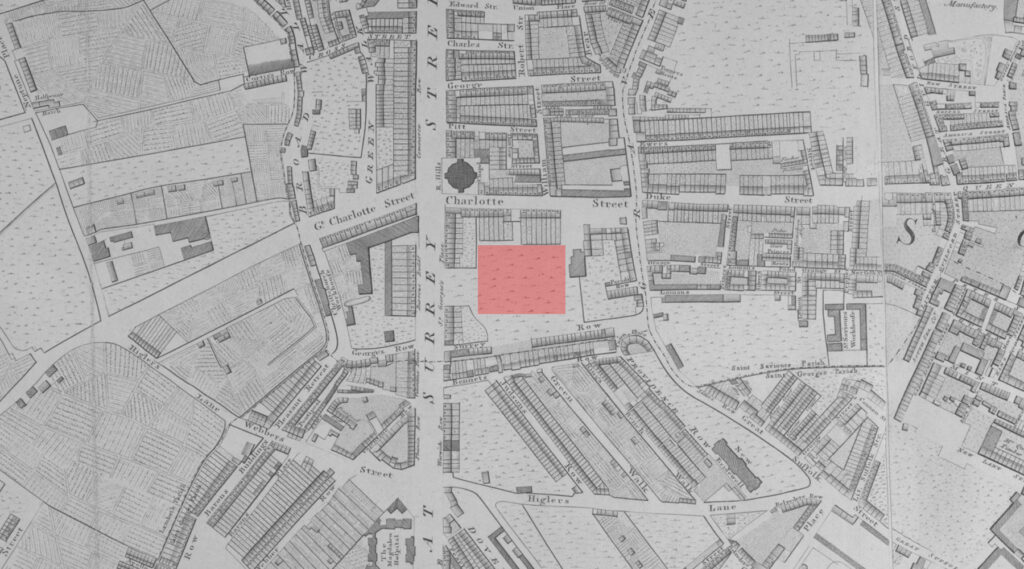 Nelson Square arrived just a few years later, as an oval garden in the centre surrounded by Georgian houses. The site of the development belonged to Sir Francis Lindley Wood,  a Yorkshire landowner and politician, and it’s thought that he employed Samuel Pepys Cockerell as the development designer.

Although unproven, the name is likely to come from Horatio Nelson, as he had died while the square was being laid out.

In 1904, the private garden square was opened for the general public after it was donated to Southwark Council by Viscount Halifax who owned the estate, and the oval garden was replaced with the rectangle garden that fills the area today but was still mainly an open lawn surrounded by trees and bedding plants.

The formerly middle-class space slowly became run down though, with houses broken up into flats for rent, but would today probably have been restored to its Georgian character, if not for the attention of German bombs which managed to destroy many of the houses that surrounded the garden square. Most of what was left, barring one small corner plot was torn down after the war to build council housing, providing decent homes for people who had lived in slums in streets surrounding the area.

The garden square was refurbished in the 1960s when the housing developments were completed, and again in 2000.

The current appearance comes from the pocket park’s latest refurbishment, which took place in 2016-17, by Blakedown Landscapes, who cleared the park and created a new sports area and outdoor gym. They also reopened some closed-off paths that allowed diagonal routes through the park rather than walking around the outside. The nearly £600,000 cost of the refurbishment was mainly provided by property developer contributions to Southwark Council.

The decision to paint the metal fence that surrounds the pocket park makes a remarkable difference. It used to be unpainted metal and looked very basic, but just painting it green makes the boundary look more, well, upmarket.

Back to the housing, the square was also, for a short time, a home for the poet Percy Shelly during one of his many periods of moving around a lot to avoid debt collectors and irate fathers. 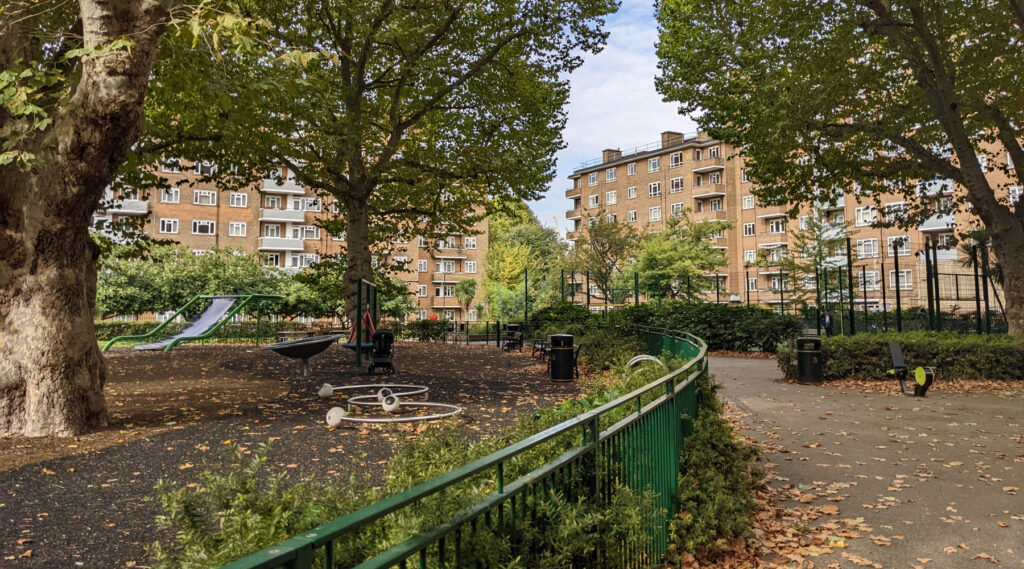 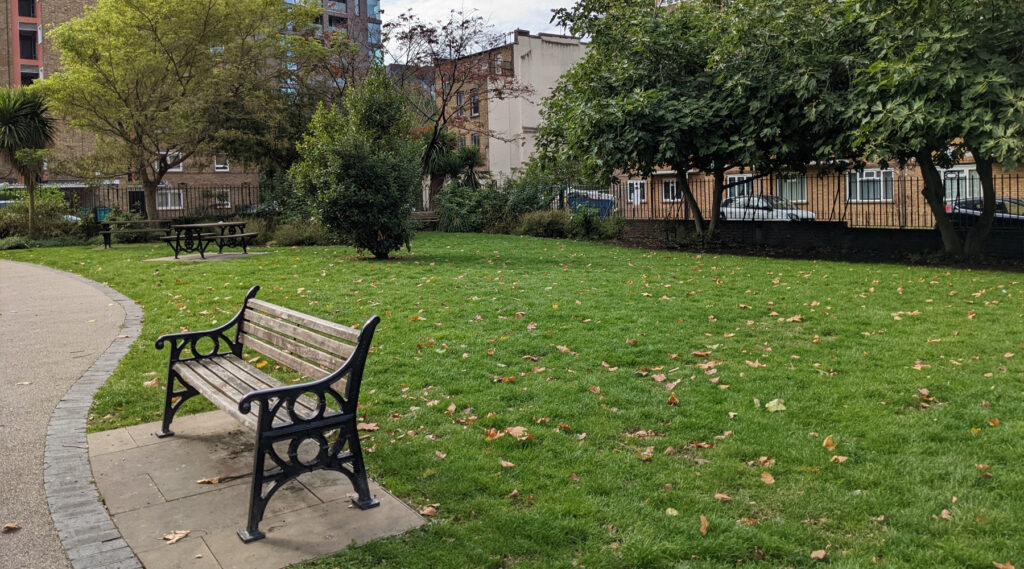 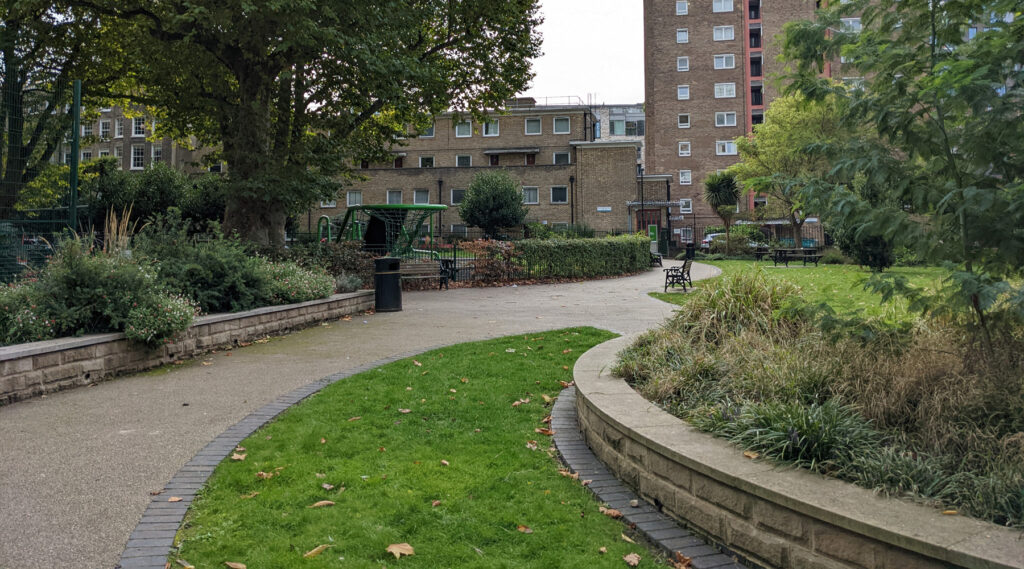 Zoe Kravitz shows off knockout legs in tiny shorts as she...

Ex-Tory whip Chris Pincher is being investigated by standards watchdog after ‘groping...