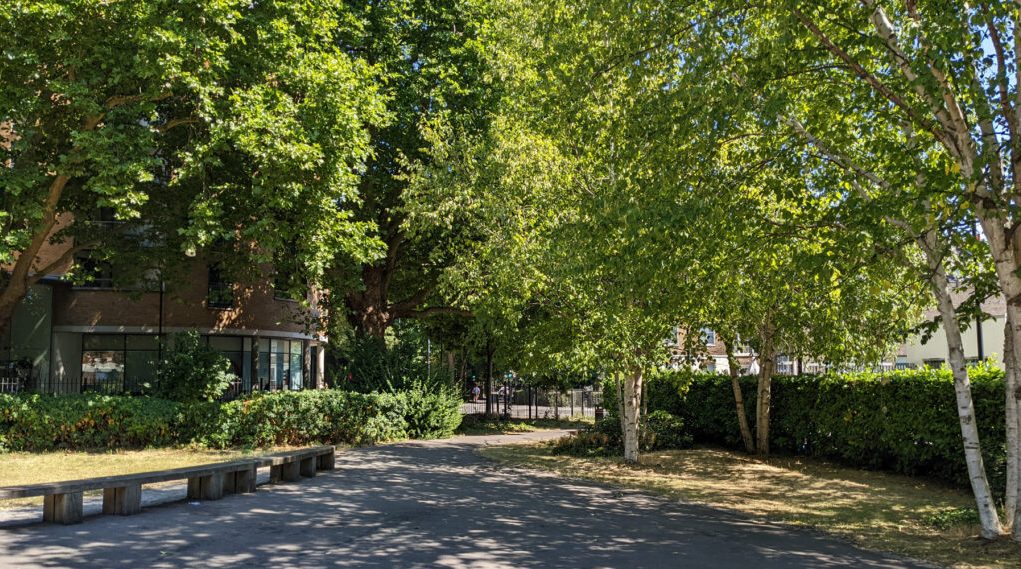 This pocket park close to Angel tube station has existed ever since the area around it was turned from fields into houses, but for most of its life, it wasn’t a space for the public to use – it was a school playground. 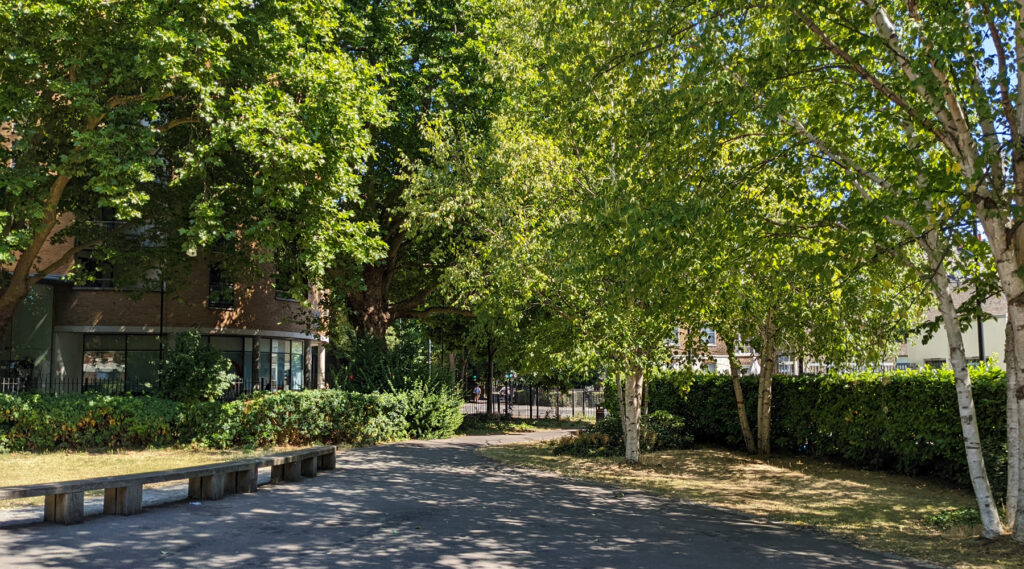 It owes its origins, and the name, to Alice Wilkes, who was born in 1547, and legend has it that while either playing or milking a cow (the story varies), someone nearby fired an arrow that only just missed her (or hit her hat). As people were inclined to do at the time, rather than berating the hapless archer, she thanked God and vowed to do charitable acts.

To be charitable, she needed money, and the best way at the time was to get married. Several times. Three times in fact, lastly to judge Thomas Owen.

She endowed two new schools in Islington along with the land between them for the school playground.

The southern boundary is, and has always been Owen’s Row, while the northern boundary, originally an unnamed alley was later widened and is now Owen Street. 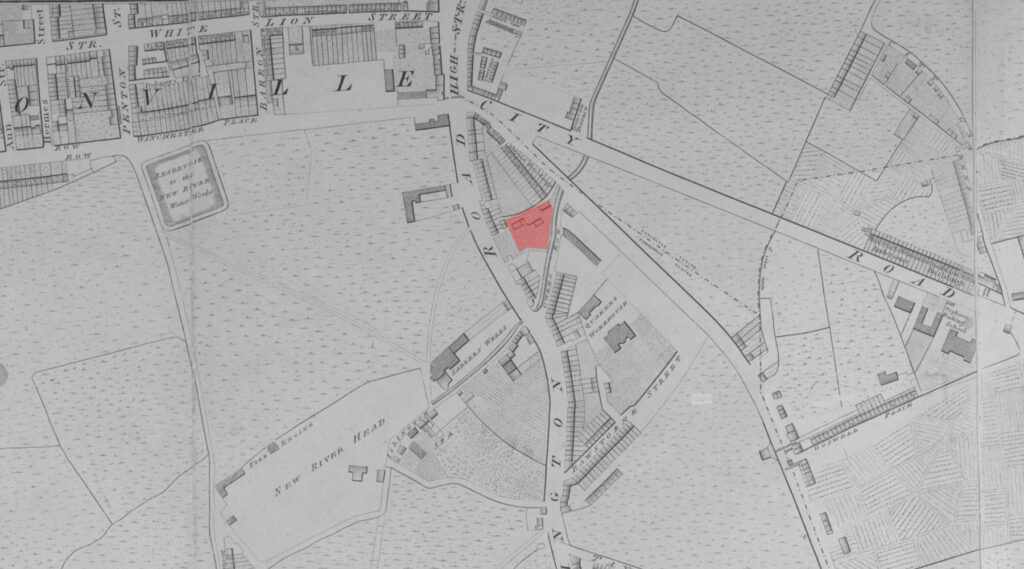 The school playground sat between two schools, to the north was the boys’ school, and to the south was the girls’ and infants’ school. Over time, it seems that the playground became solely for the boys, and a rebuilt girls’ school, renamed Dame Alice Owen’s Girls’ School had a larger plot of its own to the south.

The pupils were evacuated during WWII, and the girls’ school building was used as an air raid shelter. However, on the night of 15 October 1940, the school took a direct hit from a bomb and most of the building collapsed, trapping about 150 people in the basement. The basement also started flooding from damage to the nearby water mains though, and 109 people died in the rubble.

A replacement school was built after the war, but eventually, it was decided to move the school to Potters Bar in Hertfordshire, which is where it remains. The old boys’ school is now modern flats and the old girls’ school is now part of the City and Islington College.

When the schools moved out, it was decided to open the playground as a public park, and it was named Owens Field – or sometimes Owens Fields. It seems the council can’t quite decide if there were one or two fields here. For the record, there was just the one.

Today it’s a pocket park hidden from view of the busy main roads by the buildings around it and is a plain but pleasing space to pause for a while. Plenty of trees cast shade around the edges and high hedges shield it from the housing. It does have maybe an excess of tarmac through the centre though, which gives it the air more of a busy thoroughfare than a park to linger in.

There’s a piece of public art in the park, called Edgerunner by the UK-based Romanian artist Paul Neagu. According to a plaque on the base, it was “presented by the Romanian Cultural Institute and Anton Neagu to the people of Islington as part of the London 2012 Cultural Olympiad with support of the Paul Neagu estate and Islington Council.” 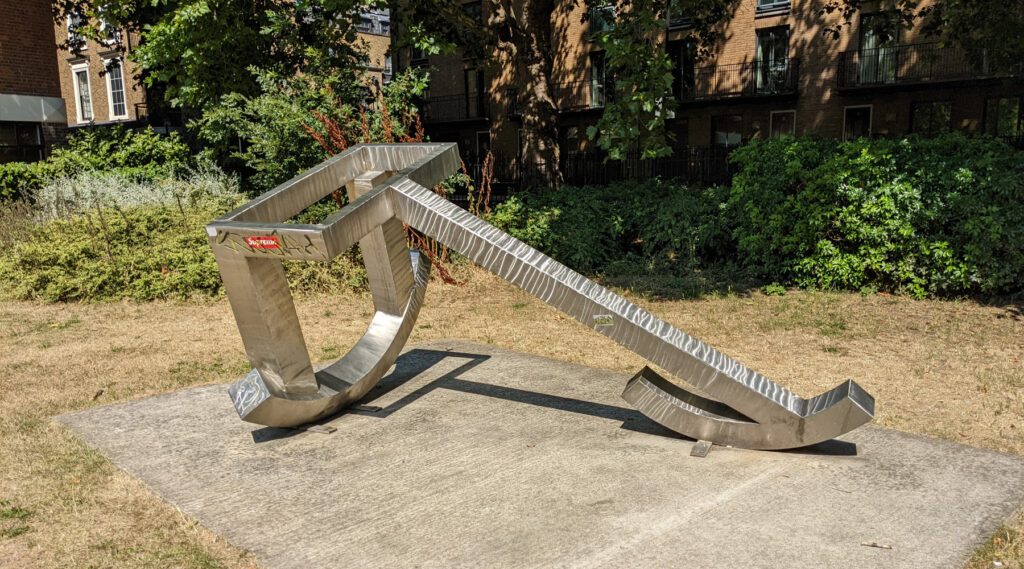 As for the legacy left by Dame Alice Owen – it’s still active, and administered by the Worshipful Company of Brewers, they present beer money each year to pupils at the school. Which is a nice perk.

More practical though, the 400 year old Dame Alice Owen Foundation is now rich enough that it’s able to distribute around £1.5 million in grants each year to support education at the school and across Islington.

2022 Georgia Elections: Republican Herschel Walker Has Plenty To Say About...

‘You need to experience it’: Swans embrace the SCG hype as...