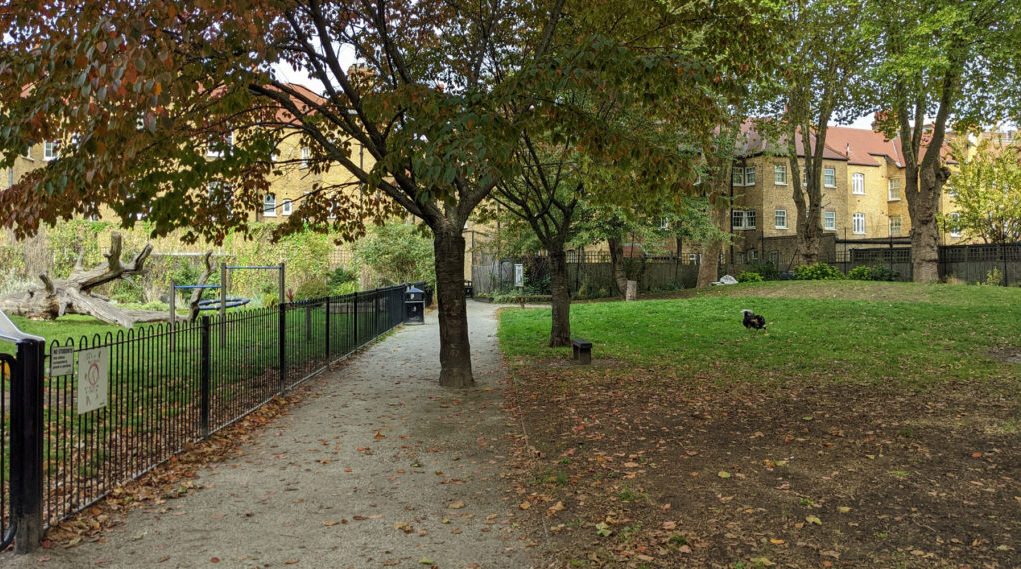 This is a pocket park that can be found sounded by houses in a residential area near Waterloo, and while you might assume it’s the result of WW2 clearance, in fact, it’s older than that. 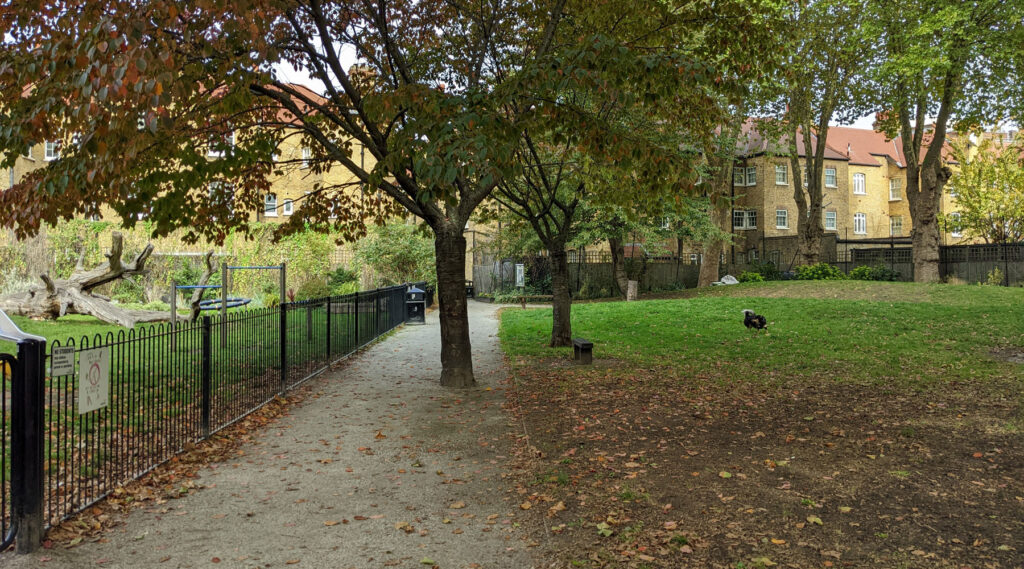 Originally known as Chalcroft Meadow’, part of the original Manor of Lambeth, it was still fields in 1682.

One of the less well known aspects of this part of London is that it once housed a large botanic garden. Set up by the early botanist, William Curtis, who initially worked at the  Chelsea Physic Garden, and then set up his own botanic garden in Lambeth in 1779.

Due to a lack of information, it was always thought that the botanic garden was to the north of Waterloo East station. However, a report in Garden History magazine in Spring 1985 by Graham Gibberd put forward a convincing theory that the botanic gardens were further south — roughly where Ufford Street Gardens is today.

Curtis closed the botanic garden in Lambeth a decade after it opened, and moved all his plants to Brompton because he found the air too polluted in Lambeth.

It’s likely that the land was returned to farming or market gardens and was to remain largely undeveloped until the late 19th century when Mr Samuel Short built rows of cheap Victorian houses in the area. However, by 1900, the houses were in poor condition, so the Ecclesiastical Commissioners, who had just acquired the land, redeveloped the area.

They scrapped a road, and where there were two rows of houses and streets, now there was a large block of land surrounded by blocks of flats, and a large recreation ground was created — this was called the Ufford Street Recreation Ground.

It was described at the time as a Garden City.

In 2008 the park was revamped and that’s when they gained the playground area to one side, and that’s also when it was renamed Ufford Street Gardens. Before the revamped is was pretty bland with some bushes filling up the middle and mostly plain lawns.

The bushes were removed and the park opened up with more lawns. A paved playground was replaced with the grassed-over space and subtle landscaping with a few mounds added around the edges to give it a bit of character. Some of the work was paid for by the 5p charge on M&S carrier bags.

Ripping out the bushes that filled the middle of the park also makes it feel much larger, and a triangle of new paving points to a gap in the houses on the northern side where another entrance into the park was created.

Ufford Street Gardens is one of Lambeth’s Green Flag Award-winning parks, and has a local friends society that looks after it.

Both the pocket park and the nearby street are named after John de Ufford, Archbishop-elect of Canterbury who was appointed as Archbishop by King Edward III even though the church preferred Thomas Bradwardine. 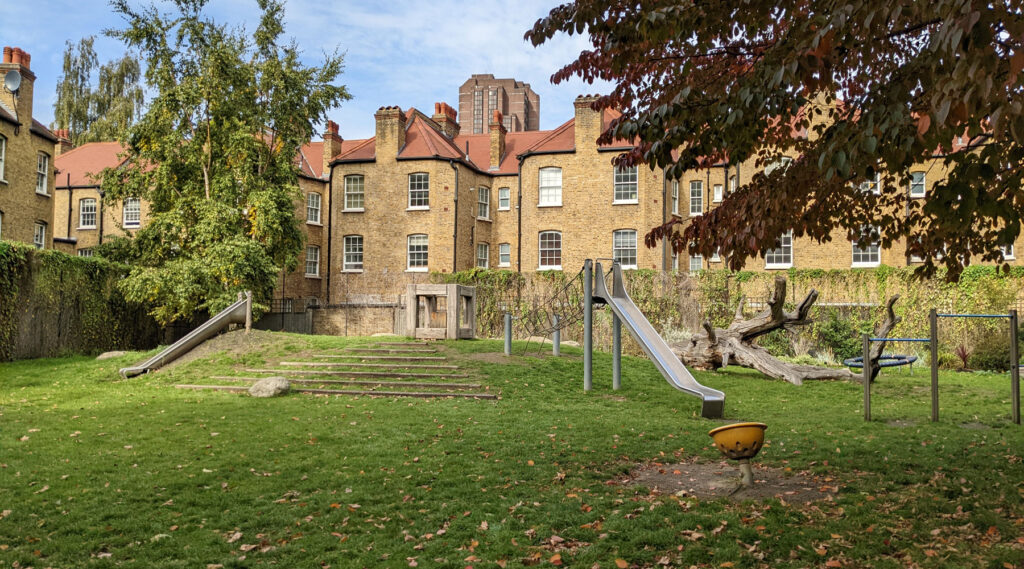 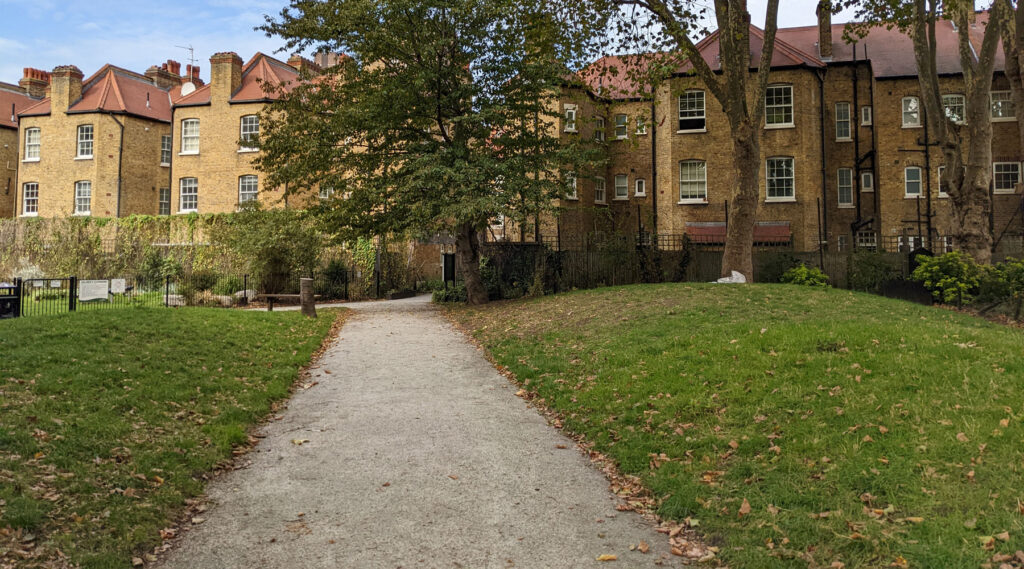 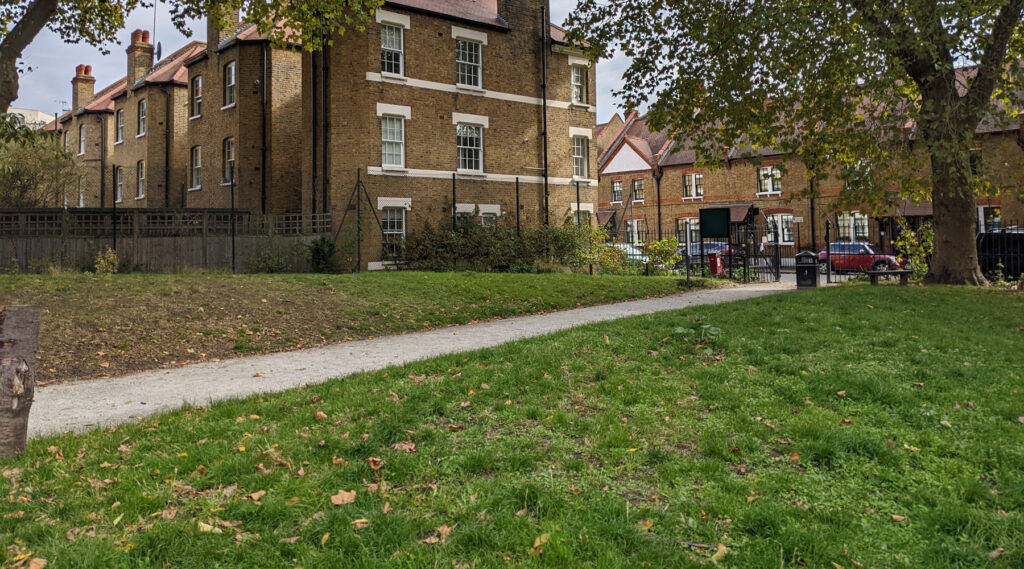 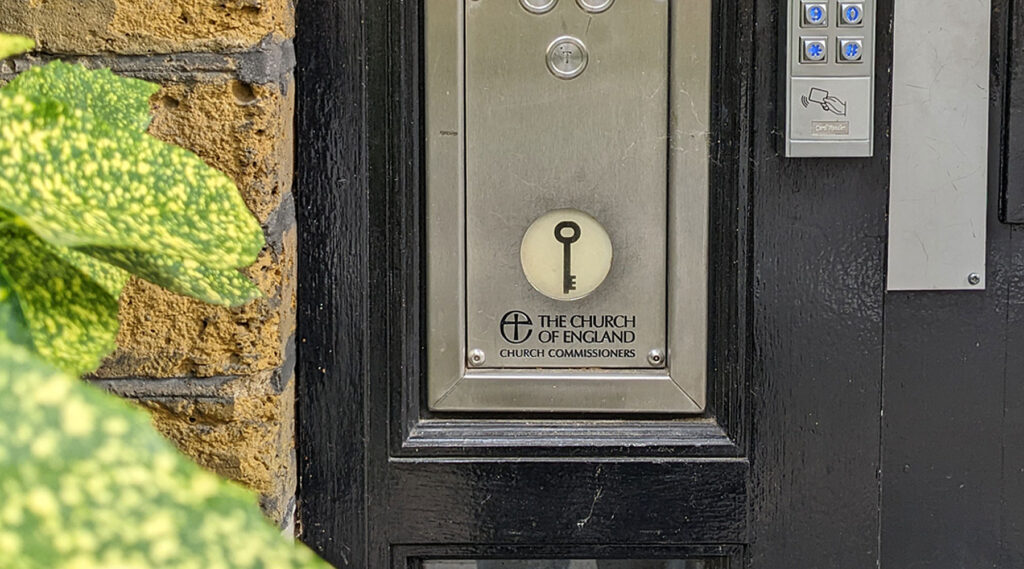 Albanese has COVID but only one real headache – and the...