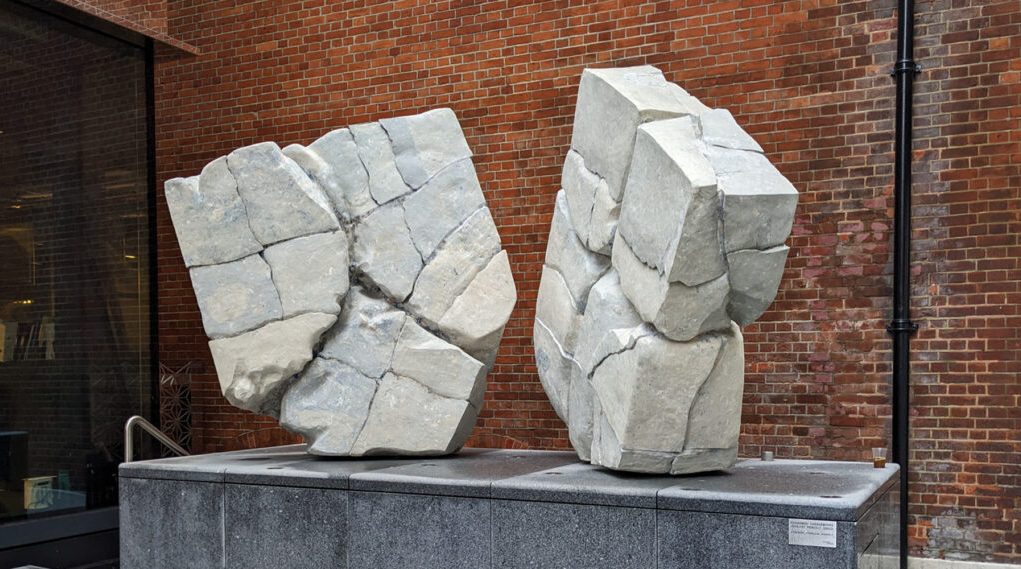 On a side street around the back of the rebuilt Tottenham Court Road tube station buildings is a new piece of art, that without wanting to be too unkind, does look rather like giant discarded chewing gum. 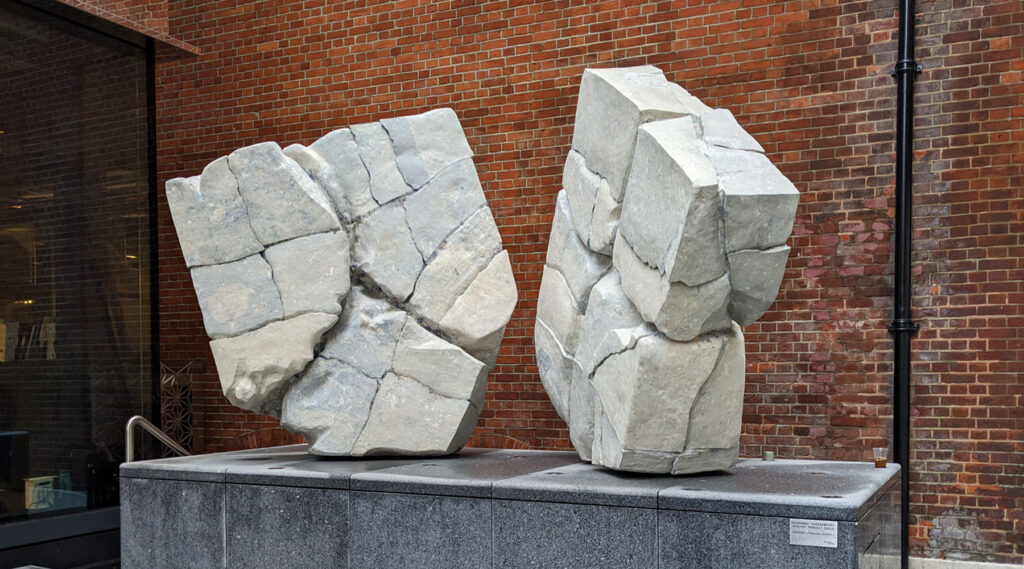 It’s actually called Geology Rebuilt 2022, and is by the Chilean born, London based sculptor, Fernando Casasempere.

Working with clay, ceramic, and industrial matter, Casasempere has built a reputation for creating sculptural works that are said to reflect his interest in the mark left on the world by human activity.

This particular piece of public art was commissioned by Derwent as part of the oversite development that rebuilt the area after the tube station upgrade was completed, and was installed at the start of this year.

It’s said to “bring something brutal and geological to the city, showing a new way of rebuilding geology from ceramics.”

The artist created two ceramic maquettes of the artwork, which were then recorded in 3D photography, and then enlarged digitally so that a computer controlled CNC router could shape polystyrene moulds to the correct shapes. The casting material is a clay mix of the artist’s own design.

Although you can’t see it from the outside, internally, the pieces are held in place using giant lego-style studs. And wires. 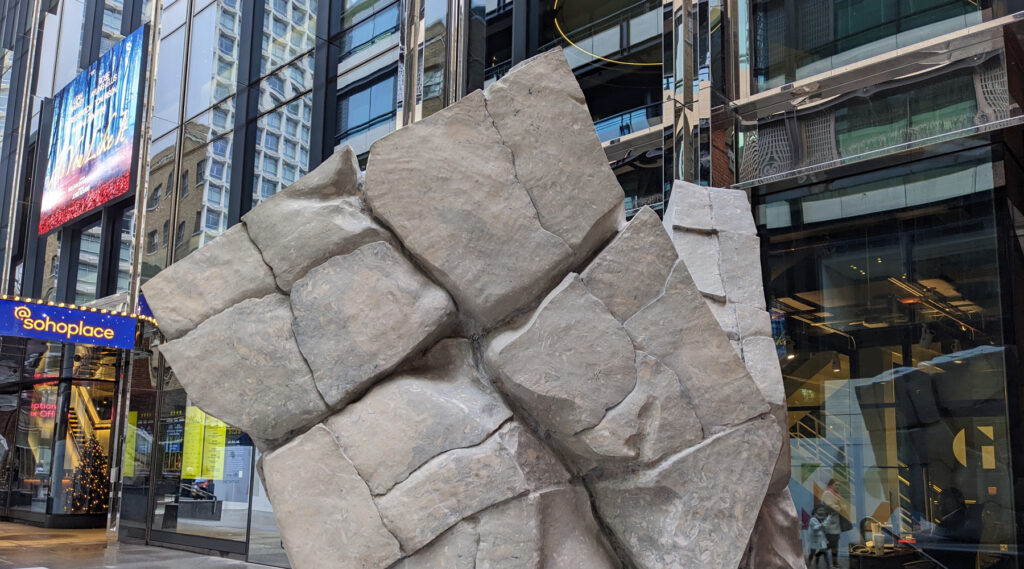 Installed in the new Soho Place, next to Soho Square, the result is something that undeniably stands out from the brick background and says “this is art” in a reassuringly easy to understand manner. It just reminds me of something else, either discarded chewing gum or those spearmint chew sweets from yesteryear.

Maybe it’s the lighting, but at night they almost look like two alien creatures from the Planet Stone in a 1960s science-fiction TV show. And that’s a lot more fun. 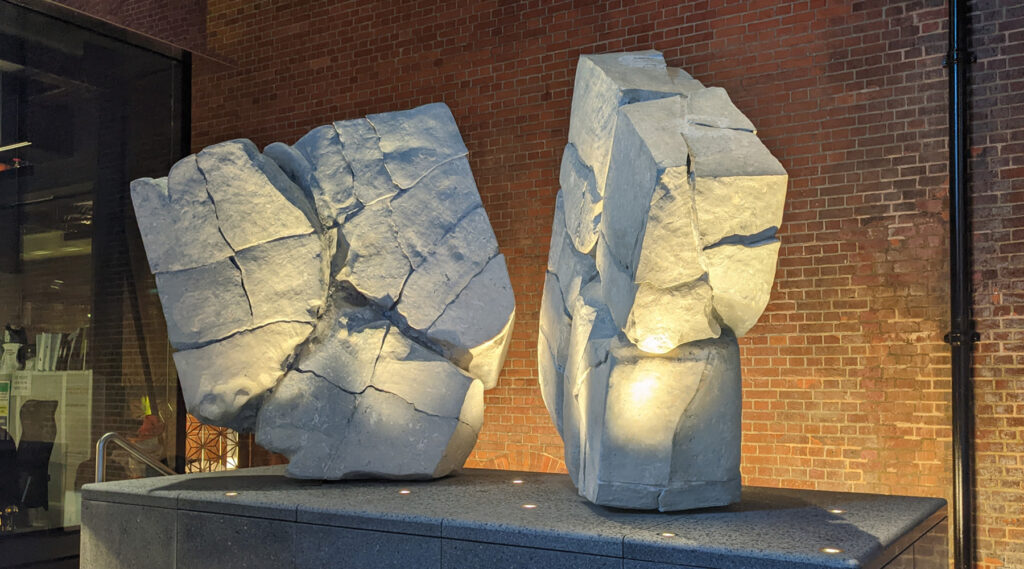