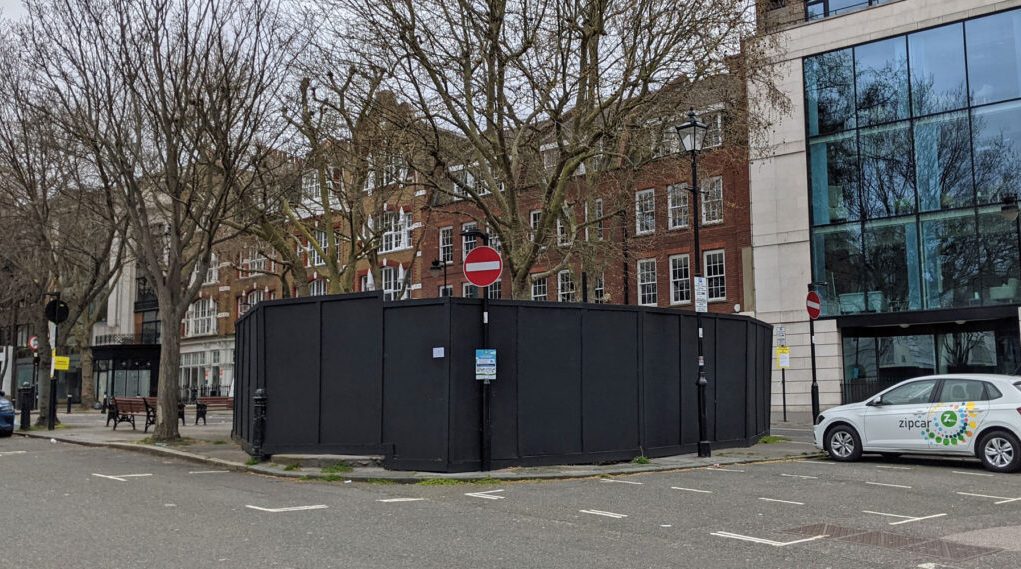 Clerkenwell Green, a roundabout near Farringdon station is to get somewhat greener soon as Islington council starts a refurbishment of the area. 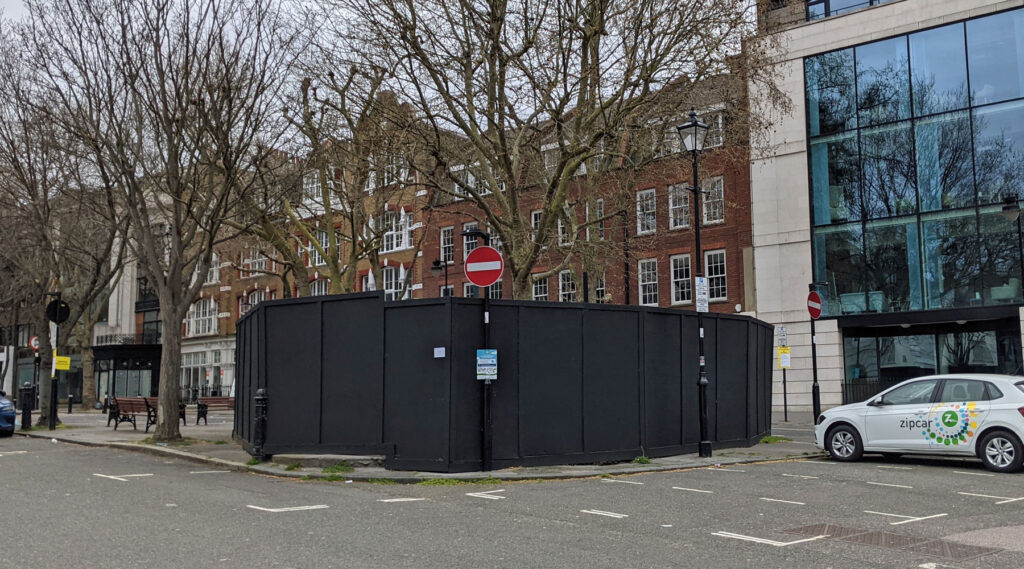 Despite its current appearance, effectively a dual-lane roundabout, Clerkenwell Green is one of London’s oldest public spaces, dating back to the 12th century, and is surrounded by some of Islington’s historic buildings. It also has a rich social and political history.

Back in 2017, a consultation took place to revamp the area, which was approved, but work is only now getting started.

There will also be some shuffling around of the bus stops, and some parking bays will be removed. There will be more seating added, and the area will be lain with york stone paving. However, the original plans for granite seating steps included in the original design will not be installed due to budgetary constraints. 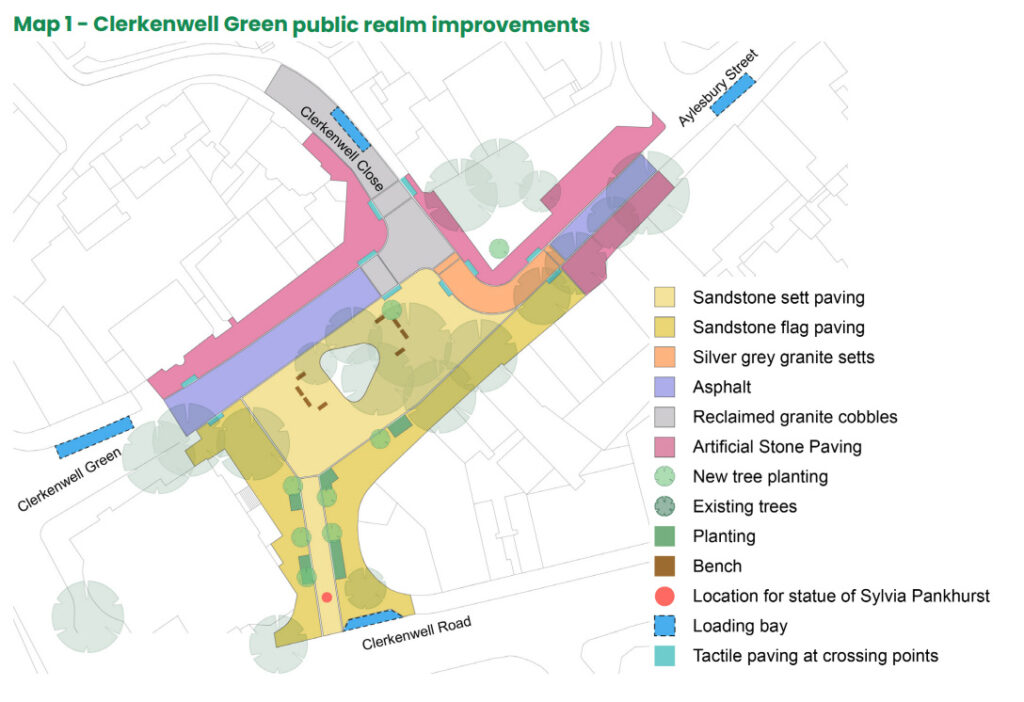 The intention is to halve the space given to road traffic and widen the pavements. There will also be a road closure so that the spur between Clerkenwell Green and Clerkenwell Road can be pedestrianised.

That junction will also become the site for a statue of Sylvia Pankhurst. The statue had been intended to go next to Parliament, but that never happened. In 2015, the Sylvia Pankhurst Memorial Committee secured permission for the statue to be erected in Clerkenwell Green. The site was chosen as the Green was the start of London’s first May Day march in 1890, is home to the Marx Memorial Library and is dubbed “the headquarters of republicanism, revolution and ultra-non-conformity”

A maquette of the statue, by the sculptor, Ian Walters is here.

Work on the street changes will start next month and is expected to be completed by the summer. The statue is hoped to be added later this year or next, if they can raise enough money to cast it — there’s a fundraising campaign here.

Behind the scenes with border patrol in the Florida Keys