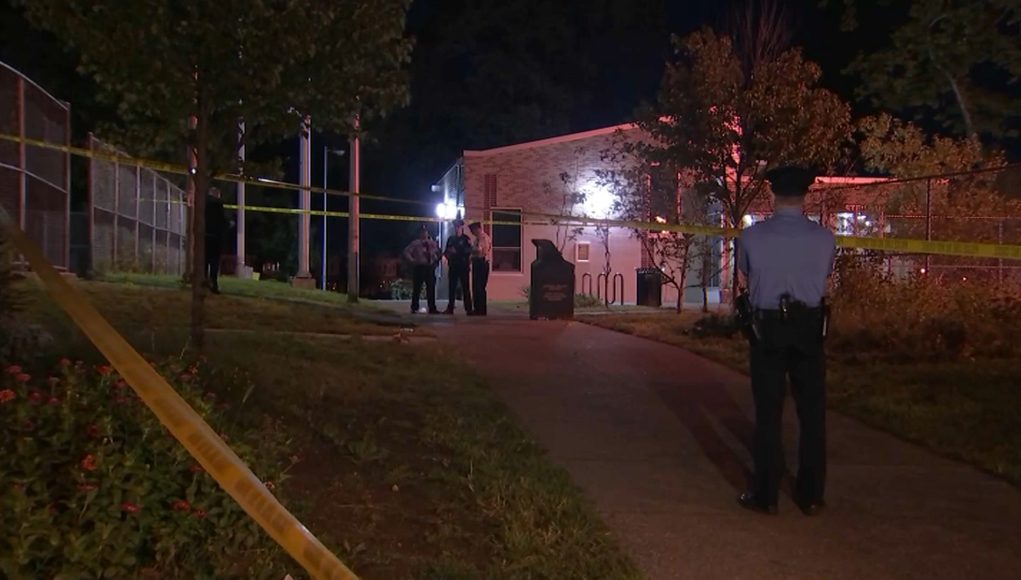 A man was in critical condition after being shot in the back of the head next to a playground at a Philadelphia recreation center.

After hearing gunshots just before 9:30 p.m. Wednesday, police officers found the man unconscious and face-down on a walking path between the playground and the basketball courts at the Stenton Recreation Center in the Logan neighborhood, Philadelphia Police Department Chief Inspector Scott Small said.

Investigators found seven spent bullet casings and believe the gunman may have been chasing the victim, who appears to be in his early 20s, Small said. The police officers rushed him to Albert Einstein Medical Center.

The rec center is located across the street from several rowhomes. It has surveillance cameras, which detectives will review during the investigation, Small said.

The shooting is one of several at or near city recreation centers. Last month, 41-year-old rec center employee and mother of three Tiffany Fletcher died after being caught in the crossfire during a shooting outside the Mill Creek Playground in West Philadelphia.

Even before her shooting, Philadelphia officials announced they would be offering $10,000 rewards for tips that lead to the arrest and conviction of anyone who fires a gun and wounds others near rec centers and schools.

After Fletcher’s slaying, Mayor Jim Kenney signed an executive order banning guns from city recreation facilities, regardless of whether a person has a permit. However, the Gun Owners of America group quickly challenged the order, and a Philadelphia judge on Monday banned the city from enforcing it.

Kenya: UN steps up protection for drought-hit women and girls