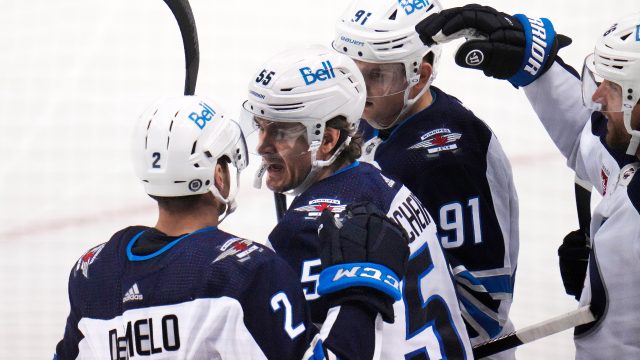 Leon Draisaitl and Ryan Nugent-Hopkins each a goal and two assists, and Klim Kostin, Jesse Puljujarvi, and Ryan McLeod also scored for the Oilers. Jack Campbell made 25 saves in Edmonton’s second straight win.

Oskar Lindblom scored for the San Jose, and Kaapo Kahkonen finished with 34 saves. The Sharks have lost four of their last five games (1-3-1).

McDavid showed off his hands by streaking down the middle of the ice on the power play with a quick shot that beat Kahkonen over the far side to give the Oilers a 1-0 lead with 9:01 left in the first period.

Kostin doubled the lead with his eighth of the season with 1:46 remaining in the opening period.

Draisaitl found McDavid on the power play with a sweet back door pass behind his back for his 37th to make it 3-0 at 8:22 of the second.

Mattias Janmark found Nugent-Hopkins from behind the net for a short-handed goal after Sharks defenseman Matt Benning couldn’t hold the puck in the offensive zone. It was Nugent-Hopkins’ 21st goal of the season, making it 4-0.

McDavid stole the puck on a forecheck and found Draisaitl in the slot for his 24th goal with 2:05 left in the second.

Puljujarvi and McLeod scored 34 seconds apart in the third period to make it 7-0 with 7:14 to go.

The Sharks finished the game 0 for 4 on the power play.

Oilers: At Vegas on Saturday night.

Time of the essence as pressure mounts for Oilers, youthful depth

The unexpected interior of a Mayfair Church