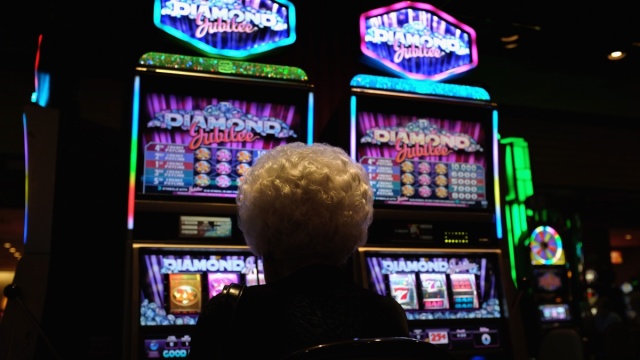 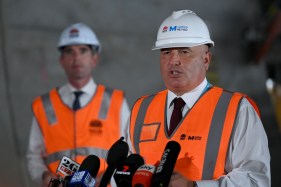 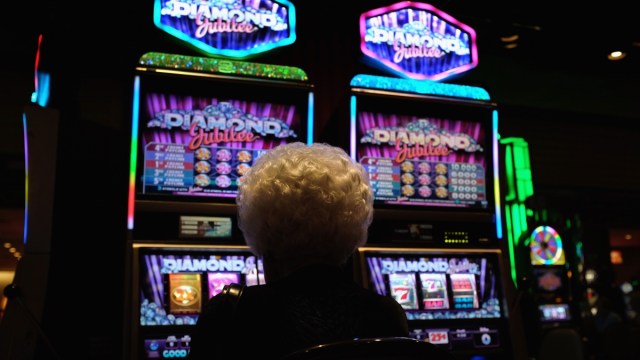 It’s that integrity thing again. With a little over two months to go to the New South Wales election, there’s no sign of it in Labor’s parliamentary leadership.

Given an extremely rare opportunity of winding back some of the predatory excess of the state’s out-of-control gambling industry, Opposition Leader Chris Minns and his parliamentary colleagues are sticking with the predators, ignoring the preyed upon.

Mr Minns continues to parrot ClubsNSW talking points in response to the recommendation by the NSW Crime Commission (and others) to phase out cash from electronic gaming machines (EGMs).

It is dangerous to defy the pokies industry. Dominic Perrottet’s attempt to do so has been cited as a possible factor in the attempt to damage him with the story of what young Dominic wore to his 21st birthday fancy dress party – a Nazi uniform.

It’s not a surprise that the $100 billion a year washing through the state’s EGMs buys political influence, buys whole political parties, buys parliaments. It funds a deep interweaving of political operatives within the pubs and clubs lobby, never mind the direct connections “enjoyed” by MPs with publicans and club casino managements.

And in Labor’s case, heck, it’s mainlining from the mugs feeding their pokies habit – the Randwick Labor Club along with the ACT Labor Clubs have the better part of 600 machines donating to the party, as noted by Andrew Wilkie.

What is extraordinary though is the pressure building on Mr Minns as the election nears, both from media and the labour movement itself. When Unions NSW backs the Liberal Premier against the Labor leader, alarm bells should be ringing.

Unions NSW secretary Mark Morey was the one sounding parliamentary when he added his voice to individual unions backing cashless gaming, calling for the necessary bipartisan approach to constrain Big Pokies.

It’s the sort of issue you might think Labor would be interested in. Sorry – Labor is indeed interested in it, but from the side of the predators, not the “billions” of dollars from the proceeds of crime the NCC found was going through the pokies.

And now the pressure has become a little personal for Chris Minns with pokies whistleblower Troy Stolz announcing he will run as an independent against Mr Minns in March.

Mr Minns’ seat of Kogarah is Labor’s most marginal. The benefit Mr Minns would have expected from the higher profile of being Opposition Leader has just evaporated.

There is a complication in Mr Stolz being terminally ill with cancer, but his bravery in taking on ClubsNSW will count in a tight race.

The Liberal Party is not immune though, being not as solid as Premier Perrottet likes to project.

His transport minister, the hapless David Elliott, last week did his best to kneecap Mr Perrottet on pokies reform and this week went further – fingered by the SMH as the minister with the Nazi uniform story.

“In a stunning disclosure that could derail the government’s fourth-term election pitch, Perrottet made the revelation after a conversation with Transport Minister David Elliott on Tuesday night which followed days of tension between the pair over several issues, including the future of poker machines,” the newspaper reported.

Pokie reform is far from the only factional battle being fought within the NSW Liberal Party, but it is a lethal one.

“It was only a matter of time before one of the biggest buffoons in NSW politics, Transport Minister David Elliott, injected himself into the debate over cashless gaming cards,” began the editorial – and that was just warming up.

Such is the calibre of a politician Chris Minns prefers to stand with, rather than those impoverished by problem gambling, those damaged by crime committed to feed pokies addiction, the communities weakened by the transfer of wealth from the poor to the rich.

As the NCC report spelt out, NSW is Australia’s crime capital. It has 31.5 per cent of the country’s population, but 40 per cent of its serious and organised crime.

NSW also has the most EGMs per head, which means NSW residents blow more money gambling than other Australians – and Australians overall are the world’s biggest losers.

What scares the predators is that the cashless gaming card proposed by the NCC, the inquiry into Crown Casino and Victor Dominello when he was the relevant minister (he wasn’t for long thereafter) could quickly go further than simply removing cash from the machines.

Indeed, it needs to. With the card rationally comes a pre-commitment to help give the problem gambler the chance to walk away before losing all. It also becomes possible to limit the losers’ total losses.

That’s a big leap from the current state of non-compliance. The SMH reported random inspections by Liquor and Gaming NSW last year found that nearly one in five pubs were potentially flouting laws supposedly meant to reduce gambling harm.

Among the examples, hotels that placed ATMs either inside gaming rooms or in rooms only accessible through their gaming rooms.

(Quick solution: Ban ATMs altogether from premises with gaming machines. Our COVID adaptions have shown they are not necessary. Any pub or club circumventing the intent should immediately lose all its pokies.)

Hardcore gambling addicts will find other ways to lose money, but the science that goes into EGMs has particular powers of entrapment. The Ka-Ching! Pokie Nation documentary set the standard in explaining “the crack cocaine of gambling”.

What the inquiries into Crown, Star and NSW clubs and pubs have all shown is that regulators and politicians were uniformly asleep – or encouraged not to look closely at what was happening, to just take the money and let the rackets and damages run.

To what extent that was corruption or merely gross incompetence remains a matter of conjecture.

Whichever, such is the industry’s power that it would require a pre-election iron-clad guarantee of bipartisan agreement by the Labor and Liberal parties to have a chance of standing up to it, of winding back a little of our still-expanding pokie-mania.

The National Party is a dead loss, firmly in the pokies’ pocket.

There are brave independents, but whoever is premier after March 25 will need the help of the opposition leader to make a dent.

What are the odds? I wouldn’t bet on it. Labor has already demonstrated it doesn’t have the necessary integrity.