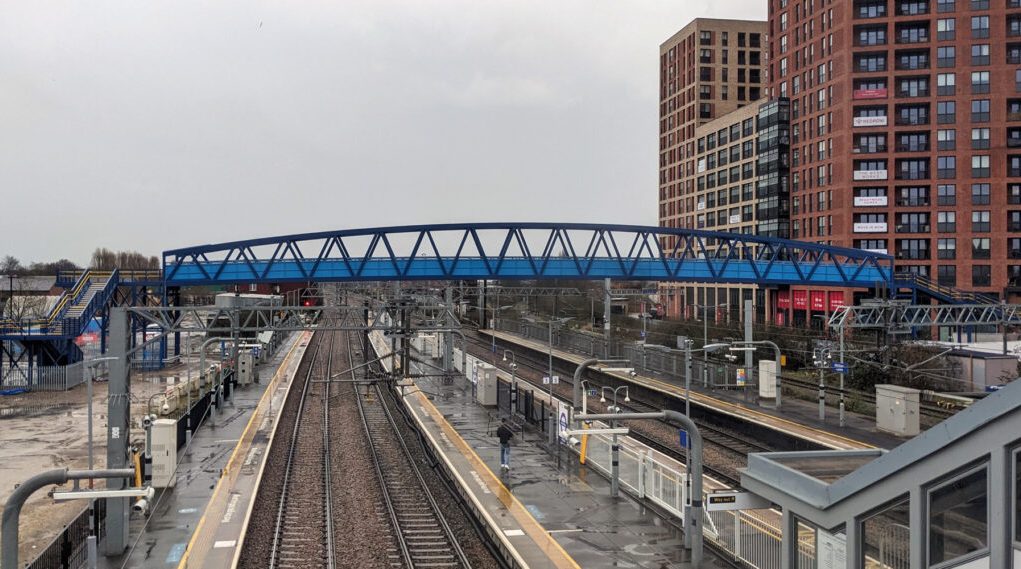 A new footbridge has opened at Southall that also offers excellent views across the Great Western Main Line railway. 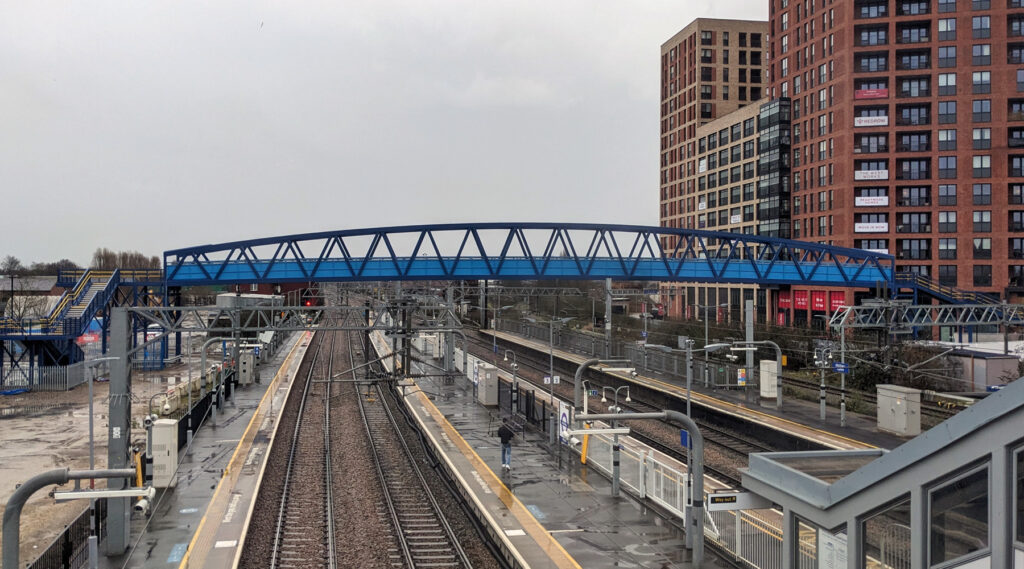 There had been a bridge at this location before – an old red bridge, but this was removed in March 2017. This structure had fallen into disrepair and was not considered safe to be left in situ. In addition, support trestles of the old footbridge structure obstructed the platform extensions at Southall station for the Elizabeth line.

The old bridge had been pedestrian only, whereas the replacement has been designed with a wider space to allow for cyclists. There are also cycle ramps up both sides of the staircases.

Incidentally, if you’re interested, the ramps that run up the sides of stairs for cyclists are known as “Dutch Ramps”.

There’s also space to add lifts at a later date – but there’s no funding for those at the moment. And although the footbridge doesn’t have an official name, in all the documents, it’s referred to as the “Merrick Road Foot and Cycle Bridge”

The design is for a solid wall along the section above the railway, and there’s a perforated section above that which then lifts the height to a level compliant with railway regulations to make it harder to drop things on the tracks below.

However, the design they’ve come up with is low enough to allow a camera to be held above, or a cameraphone to focus through the grill. That makes the bridge ideal for photographers, as it’s both wide enough to not allow other people, but also gives a good view of the railway on the eastern side of Southall station. 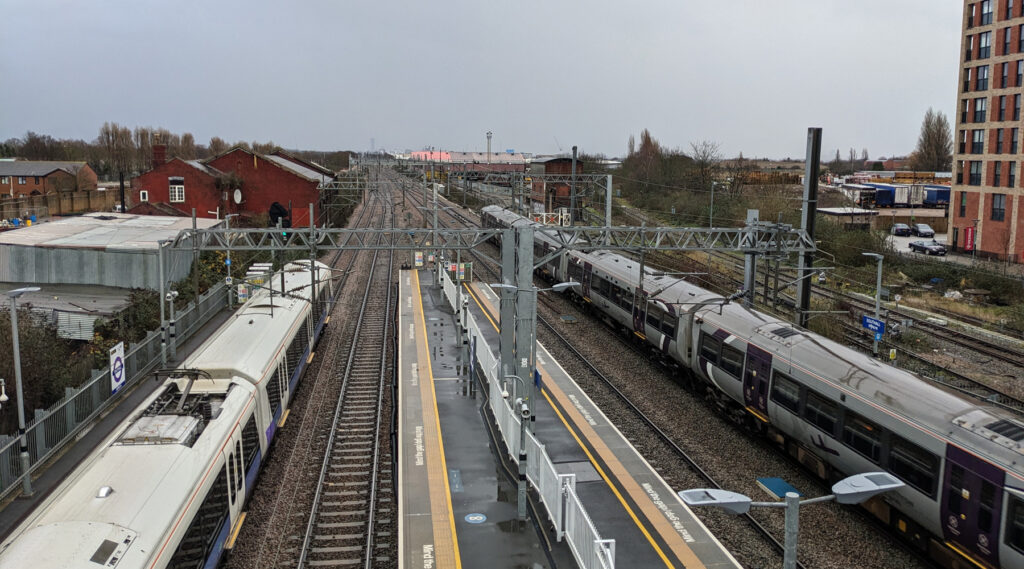 The very large structural truss design of the bridge is a consequence of it being a single 66-metre long span that runs over the railway without any supports in the middle. That made it a lot easier to instal and visually makes it a more obvious landmark for the area compared to the narrow shabby footbridge it replaced.

One downside of the bridge, either poor design or construction, is that it’s very puddle friendly. Especially the southern landing on the staircase which seemed to collect the rain into a decent sized swimming pool by the stairs. Hopefully, that’ll be sorted over time.

During the public consultations, there had been calls for the footbridge to have steps down to the station platforms, but that was ruled out due to the considerable extra cost it would have entailed. As the footbridge is just a couple of minutes walk from the main entrance, it was difficult to justify the cost.

The bridge was due to open before the Elizabeth line opened, but has been beset by delays. It finally opened in early December 2022. 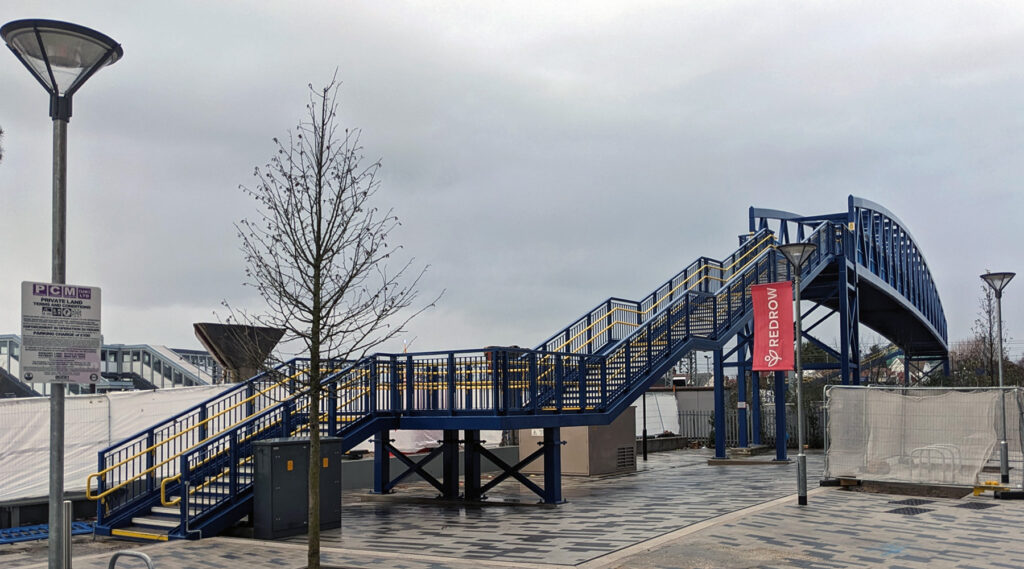 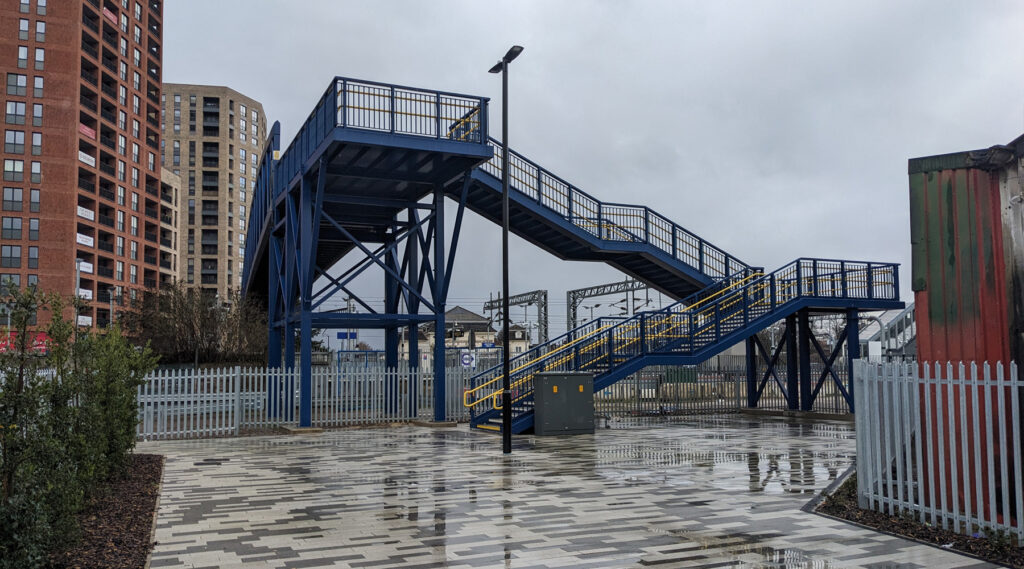 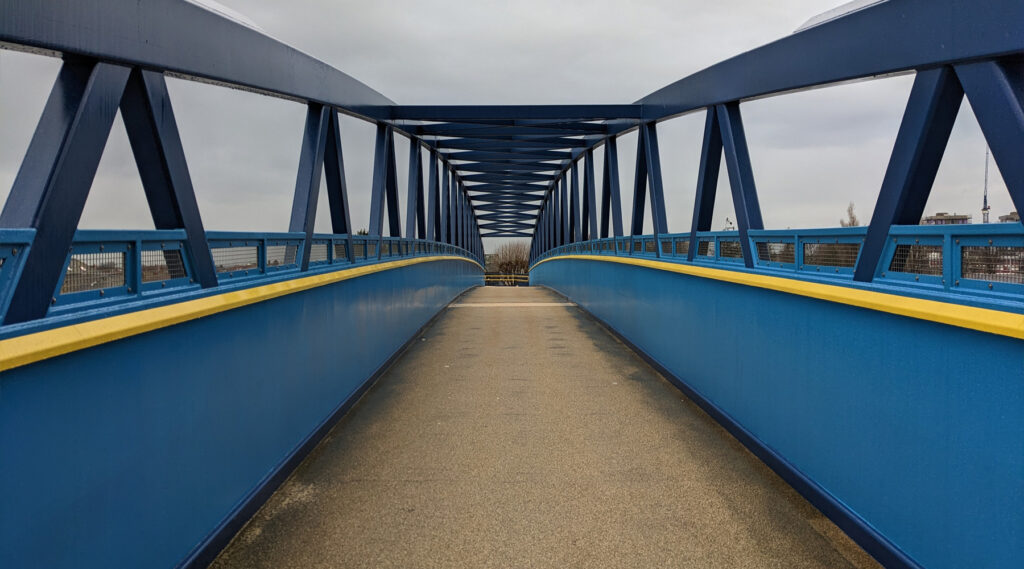 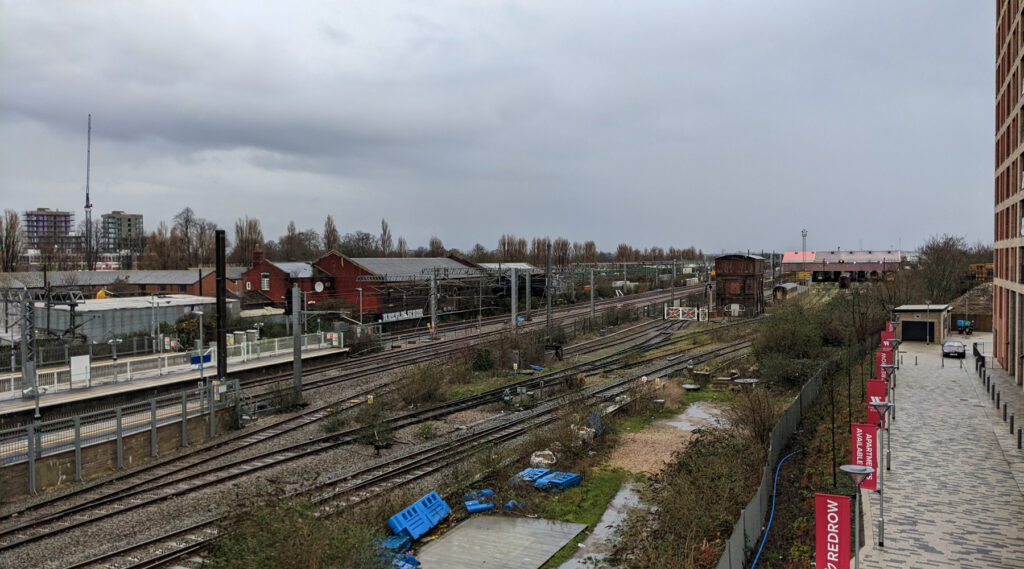 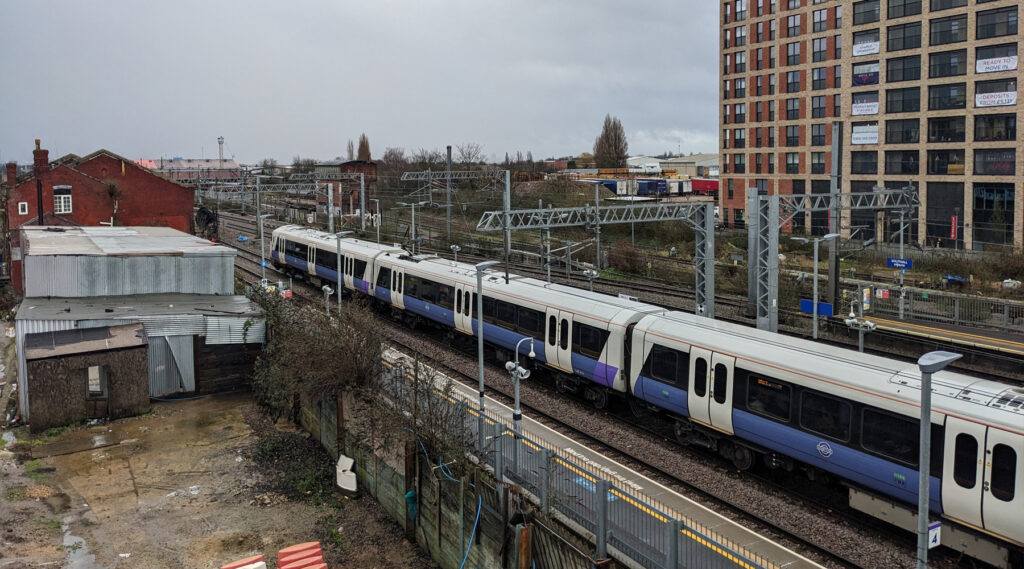 Five locations throughout the US have been renamed to remove a...

An Elevated Way to Wear White Jeans for Summer