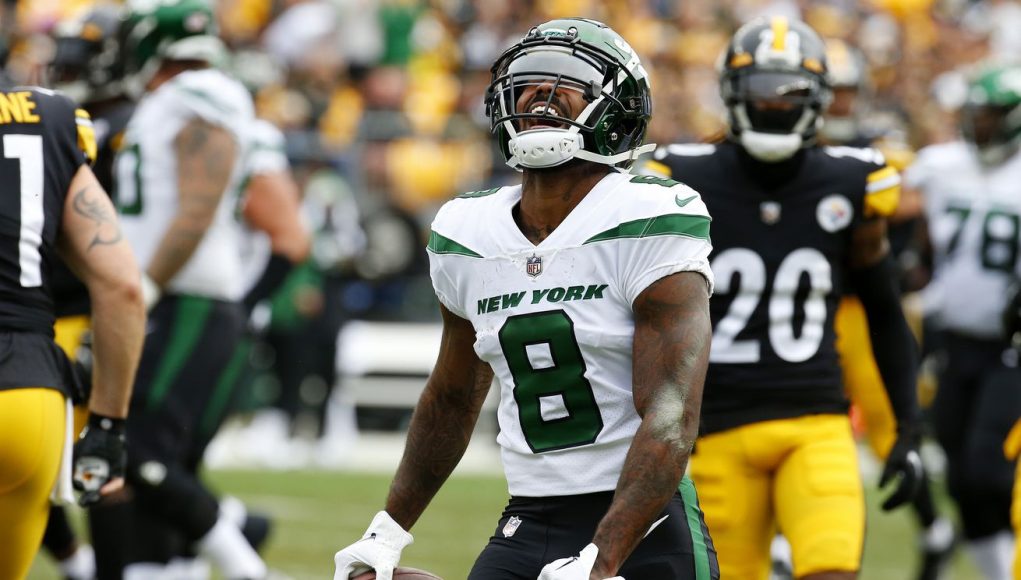 Good morning, Gang Green Nation. I hope you’re all having a great start to the day. After beating the Packers in Lambeau, some drama seems to have come back to Metlife. Second year wide receiver Elijah Moore took to Twitter to express his frustrations about the Jets offense. Moore wasn’t targeted at all in Sunday’s game. Many analysts expected Moore to have a breakout Sophomore year, but it’s been disappointing to say the least – at least, so far this season. Moore has only been targeted 29 times this season, with 21 of them coming in the first three games. He has yet to score a touchdown this season. His snap share also dropped from the high 80s to early 90s, down to 66 and 58 respectively in the last two games. He’s seeing the field less and not getting looked at in the offense despite playing excellently. I can understand his frustrations. Let’s hope the team makes it a point to get him the ball this week. With that, here are your links to the Jets to start your morning.

John Pullano – Snap Count Analysis | Which Jets Played the Most in Win Over Packers?

NewYorkJets.com – Inside the Film Room with Quincy Enunwa | Jets at Packers

Andy Vasquez – Are Jets for real after dominant win over Packers? Why it’s time to start believing

Henry McKenna – How Jets are winning without asking much of Zach Wilson. Why that might change

Dozens Of Vintage Boats Moor Up In Central London This September

This Week in Louisiana Politics: budget, police, and elections

Immigration, attorney-client privilege: The next 7 cases before the Supreme Court